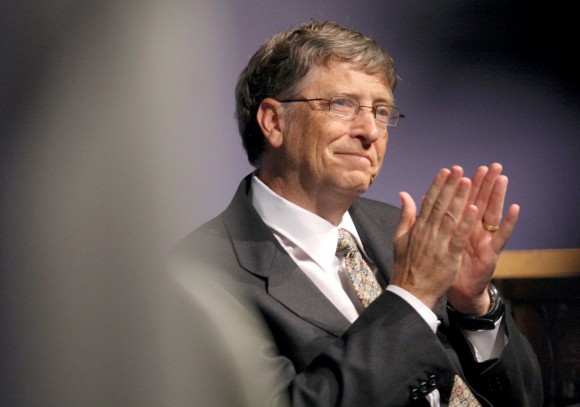 When Barack Obama was a senator, he proposed a Global Poverty Act to fulfill the U.N.’s Millennium Development Goals. The cost in additional foreign aid: $845 billion. On Thursday, as part of the G20 summit, Bill Gates, co-chair of the Bill & Melinda Gates Foundation, delivered a report on “financing for development” that proposes global taxes on America and other “rich” nations to make the Global Poverty Act a reality.

“I am honored to have been given this important opportunity,” said Gates, founder of Microsoft. “My report will address the financing needed to achieve maximum progress on the Millennium Development Goals, and to make faster progress on development over the next decade.”

The report, available on the website of the Gates Foundation, proposes a financial transaction tax (FTT) as well as taxes on tobacco, aviation and bunker fuel, and carbon (energy), by G20 countries and other members of the European Union. The G20 are Argentina, Australia, Brazil, Canada, China, European Union, France, Germany, India, Indonesia, Italy, Japan, Mexico, Russia, Saudi Arabia, South Africa, Republic of Korea, Turkey, United Kingdom, and the United States of America.

On Wednesday, as part of the coordinated campaign to pass such a tax in the U.S., Democratic Senator Tom Harkin (Iowa) and Democratic Rep. Peter DeFazio (Oregon) introduced legislation to put a tax on “certain trading activities undertaken by banking and financial firms.” What they didn’t say was that it would affect stocks and bonds bought and sold by the average American investor.

Kenneth Bentsen Jr., executive vice president for public policy and advocacy at the Securities Industry and Financial Markets Association, said, “A financial transaction tax is essentially a sales tax on investors. At a time when we face a slow economic recovery, such a tax will impede the efficiency of markets and impair depth and liquidity as well as raise costs to the issuers, pensions and investors who help drive economic growth. Major economies that have adopted such taxes have had overwhelmingly negative results, including reduced asset prices, trading moving to other venues, market dislocation and decreased liquidity. We encourage Congress and the Administration to continue to resist efforts to implement such a tax.”

As news of the Gates report began to leak to the media, we began to see stories such as one in the British Guardian that began, “Bill Gates will tell the G20 group of developed and developing countries on Thursday that they could raise an extra $48bn a year to fight global poverty by levying a small tax on share and bond trading.” The proposal, the Tobin Tax, named after a Yale University economist, is very popular at the United Nations and has been advocated for years by Fidel Castro as a means by which to siphon funds from capitalist Western nations.

In fact, the Gates report says that FTT proposals could generate $100 billion to $250 billion per year. Taxes on shipping and aviation fuel could yield $37 billion and $27 billion per year, respectively, he says.

On October 4, Sachs, Director of the UN Millennium Project from 2002-2006 and a Special Advisor to United Nations Secretary-General Ban Ki-moon on the Millennium Development Goals (MDGs), was joined at the U.N. by multibillionaire George Soros to launch the next phase of a “Millennium Villages” project, which is part of the effort to achieve the MDGs. Soros has contributed $50 million to the project and has promised millions more.

George Russell of Fox News examined the complex financial arrangements involving Sachs, Soros, and the U.N. and concluded that more disclosure is warranted because of potential conflicts of interests.

Nevertheless, the push is now on to provide even more dollars, this time from the alleged villains on “Wall Street,” for global schemes to benefit international agencies such as the U.N.

“Bill Gates Backs a Robin Hood Tax” is the title of a video being distributed by the BBC. It is called the “Robin Hood tax” because it is supposedly designed to take from the rich to give to the poor.

In reality, however, the tax will affect ordinary Americans with investments in pension plans and Mutual Funds who buy and sell stocks.

Dan Mathisson of Credit Suisse analyzed the FTT proposal, which has been previously introduced in the U.S. Congress, and estimated that the costs associated with buying 500 shares of IBM for an ordinary investor would be more than 14 times higher under the tax. Simon Johnson, professor of economics at MIT and a former chief economist at the IMF, has said that a financial transaction tax “is more of a tax on regular people like you and me.”

Tim Worstall, a contributor to Forbes, points out that the European Commission has issued a 1,200 page report on the idea of a transactions tax affecting Europe that concludes it would not effectively raise any revenue because it would retard economic growth. “A financial transactions tax doesn’t actually raise any more tax revenue, it loses it,” he says. The figures show a gain of 0.1% in tax revenue because of the tax but a loss of 0.7% in tax revenue because of the decline in economic growth. “We’ve just lost 7 times more in revenue than we’ve gained.”

Although President Obama publicly opposes the idea, the “Occupy Wall Street” protesters he supports are backing it.

As we noted in the column, “Occupy Wall Street to Push for Global Tax,” a similar proposal failed to gather any significant support, even among liberals in Congress, two years ago. But the “Occupy” movement has given impetus to the supporters of the tax in the media and among far-left Marxist groups. The Institute for Policy Studies (IPS) held a seminar on the topic at the recent Take Back the American Dream conference in Washington, D.C., where it was announced that the nurses union would be staging a “D.C. action” on November 3 during the G-20 summit being held in France.

Sarah Anderson of IPS is ecstatic that Gates, the world’s second richest man, is backing the global tax.

National Nurses United, joined by the AFL-CIO and participants from the Occupy Wall Street movement, planned the protest on Thursday outside the U.S. Treasury Department in Washington, D.C. “to press President Obama and Treasury Secretary Timothy Geithner for a meaningful financial transaction tax (FTT) to help heal the U.S. and join the growing global movement for an FTT.” It said other such protests were being held in Los Angeles, San Francisco, and Cannes, France—the site of the G-20 summit.

“It is long past time for Secretary Geithner and President Obama to get on board with other world leaders in supporting this common-sense approach to raise badly needed revenues to help fund the critical programs we need to revive the U.S. and other global economies,” said National Nurses United (NNU) Executive Director RoseAnn DeMoro, who will speak at the G-20 press conference in Cannes.

On the Huffington Post, DeMoro noted that the Ron Suskind book, Confidence Men, said that Obama himself once leaned toward supporting a Financial Transactions Tax “but was dissuaded by his former top economic adviser, Larry Summers who, like Geithner, has a substantial Wall Street pedigree.”

She added, “With the constellation of the occupy protests and the broad international movement for the FTT, the moment for achieving the tax, and the critical revenue it can provide to help revive struggling economies, has never been greater. But only if all of us raise our voices demanding that the Obama Administration join the global movement and support a FTT.”

By: Syver Alton Larsen and MJ

Voting on HR 1505, the inspiration of Rob Bishop of Utah, is ominously imminent. The simply stated purpose of the bill is to allow Border Patrol agents to access public lands in the interest of securing the border. In actuality, HR 1505 wipes out our Constitution, overrides the jurisdiction of other agencies, negates over one hundred years of law and policy, infringes on state’s rights… without congressional oversight and without recourse. As Chuck Baldwin inscribes:

Please look at the red area below… 80% of the United States is a massive amount of land that will be removed from individual and state authority. It includes ten entire states including Florida and Hawaii! 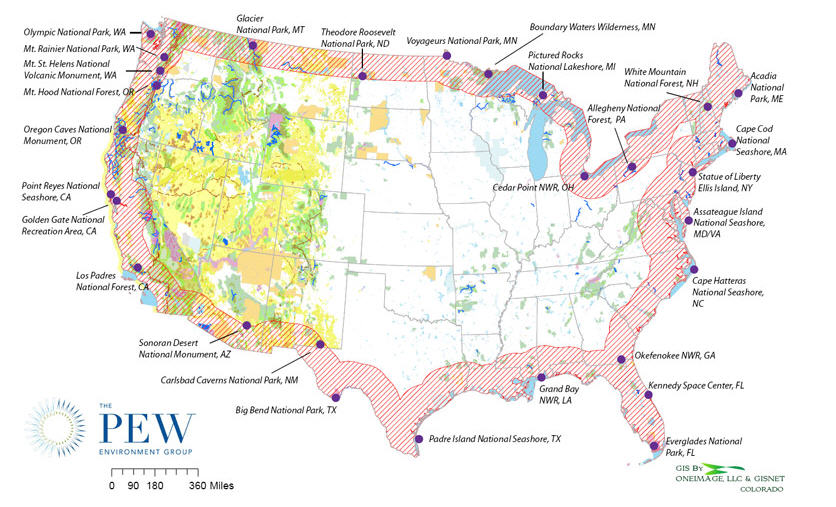 One will notice in the text of HR 1505, that it doesn’t seek to alleviate jurisdictional conflict, but rather completely decimate all other authority. Note the word “prohibit.”

• H.R. 1505 (R. Bishop), To prohibit the Secretaries of the Interior and Agriculture from taking action on public lands which impede border security on such lands, and for other purposes. “National Security and Federal Lands Protection Act”

“To prohibit the Secretaries of the Interior and Agriculture from taking action on public lands which impede border security on such lands, and for other purposes.”

HR 1505 hands total control to DHS in the interests of ‘border security.’ Here’s a sampling: