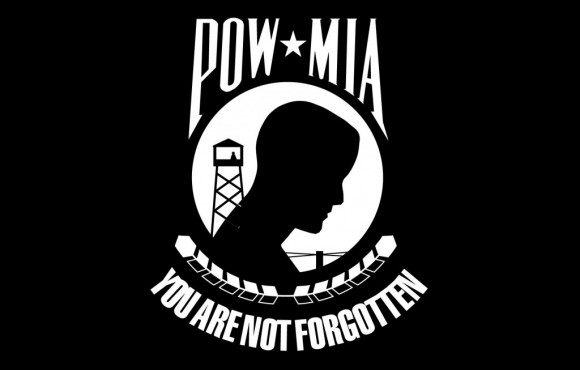 [Editor’s Note: Sen. Smith has been working with Accuracy in Media’s attorney on a Freedom of Information case brought by AIM and Roger Hall, which is referred and linked to in this column.]

On January 17, 1973 the Paris Peace Accords were signed by the United States, South Vietnam, Viet Cong and North Vietnam. They were touted as “An Agreement Ending the War and Restoring Peace in Vietnam.” The agreement did not, however, end the war and restore the peace for the hundreds of POWs and MIAs (Missing in Action) who were not returned from the war, for their families, who have waited for nearly 40 years for answers, nor for the tens of thousands of South Vietnamese who were murdered or imprisoned in “re-education camps” in the North.

“All of our American POWs are on the way home” said Richard Nixon shortly after the signing.

Soon thereafter, 527 men returned alive from the war to a well deserved heroes’ welcome. What President Nixon did not tell the American people and the families of the missing was that the American government had numerous classified documents and human intelligence that men were, in fact, still alive in Southeast Asia. We had men on our lists, that we knew had been captured alive, yet, they never appeared on the homecoming lists and were never returned. We simply accepted the “word” of the North Vietnamese that the lists were complete. On one of my frequent visits to Southeast Asia as a U.S. senator and congressman, I had occasion to speak to one of the North Vietnamese officials who was present at the negotiations in Paris. He told me point blank that “the American side handed over their list and we handed over ours and there was little discussion.” He further told me that “the POW issue was not aggressively pursued at all.”

One of the most intriguing of these unreleased documents is the one called the “1205 Document.” This document was retrieved in the old Soviet archives by an independent researcher from Australia by the name of Stephen Morris. He was not a so-called “POW activist” and was not looking for information on American POWs from Vietnam. While doing unrelated research, he found a document stamped “Extremely Secret” from the old Soviet General Staff Intelligence (GRU). The contents of this document depicted a speech given to the Politburo of the Vietnamese Communist Party in September of 1972 by General Tran Van Quang, the Deputy Chief of the General Staff of the Vietnam People’s Army (VPA). In his remarks Quang told the Politburo members that North Vietnam was holding 1205 prisoners of war. This, of course, is critical since only a few months later the Vietnamese released less than half of that number (527).

This document has been debunked by our government as a fraud, fake, lie, myth and many similar words. I can, without hesitation, relate that I spoke to a high ranking former member of the KGB who told me point blank that the document is real, because the Soviets actually had the Vietnamese Politburo bugged and the words were a verbatim transcript. He told me that he would never state this publicly for obvious reasons, but I believe he was telling me the truth. In any case the real issue here is that, if it is a fraud according to the government, why not declassify all of the documents dealing with POWs and MIAs?

One very important fact that supports the contents of this document is that President Nixon had sent the North Vietnamese a secret letter promising them approximately $3.5 billion in war reparations. It would not be unreasonable to assume that the Vietnamese would retain some “collateral” for that money. In any case the money never came because Congress did not approve it, when congressmen became aware of the torture of many of the returning prisoners.

There are too many other intelligence documents to discuss in one short article. However, the live-sighting reports of former Marine Bobby Garwood, who remained behind in Vietnam until 1979, are well documented. Bobby told me with tears in his eyes how he had seen Americans climb out of a box car in the late 70’s in Yen Bai, Vietnam. I took Garwood back on a trip to Vietnam in the 90’s when I was in the Senate and he showed me where he had seen American POWs on an island in Tach Ba Lake, in Vietnam as well. The investigators on the Senate Select Committee found literally thousands of live-sighting reports over the years from the end of the war into the 1990s. There was also ample evidence of pilot-identifier codes on the ground and seen from the air. If all of this is bunk as the government says that it is, then declassify and release ALL documents. The families of these men and the American public deserve to know the truth about what is in those files. Before any young American signs up to serve his country in the future, he needs to know that he will not ever be abandoned again by a bunch of bureaucrats and politicians in the government.

Let’s state the facts as honestly as possible: the American government wrote off all pending POW/MIA cases at war’s end to close the books on this ugly foreign policy disaster. And close them they did! After 40 years of FOIA requests, emotional appeals from family members, senators and congressmen, and House and Senate Committee investigations, the intelligence agencies still keep numerous documents classified under the guise of national security.

I wrote legislation to create the Senate Select Committee on POWs and MIAs in the early 1990s to attempt to get the documents and the truth released to the public. Despite the release of thousands of documents and the testimony of dozens of witnesses, I could not complete the job. Senator John Kerry, the chairman of the Select Committee, and Senator John McCain were more interested in establishing diplomatic relations and putting the war behind them, than they were about finding the truth about our missing. I fought them constantly to the point of exhaustion. It was a very sad chapter in American history.

Two former Secretaries of Defense testified under oath before the Select Committee, that men were left behind. Schlesinger, when asked directly if we left men, said, “I can come to no other conclusion.” Secretary Laird went into even more detail saying that the Pentagon had “solid information, such as letters or direct contacts, with about 20 airmen who survived in Laos after their planes were shot down.” Shortly thereafter, Chairman Kerry said about the testimony of these men, “It is quite extraordinary when two former Secretaries of Defense give evidence documenting that they had information, or they believed personally, that people are alive and not accounted for in Operation Homecoming.” It might have been extraordinary, but not enough so for Kerry to fight harder for document declassification and the truth. I personally have seen hundreds of classified documents that could and should be released as there is no national security risk. What is really at risk are the reputations and careers of the intelligence officials who participated in and perpetrated this sorry chapter in American history.

Perhaps the recent decision to build an underground memorial on the Washington, D.C. Mall is a fitting tribute to all of this. Although I do not question the sincerity or motives of those who led the efforts on this project, the symbolism is inescapable. An underground memorial to honor those who served and darkness in the archives for those who did not return. Perhaps when they complete construction and turn on the lights at the memorial, they can allow the light to shine in on the records of the missing. Former Congressman Billy Hendon of North Carolina, co–author with POW family member Beth Stewart, of An Enormous Crime, was taken to task for saying that we should forgo this project. He said we should first go under the tomb of Ho Chi Minh and look at the underground sites, where numerous live-sighting reports have been revealed over the past several decades.

I do not in any way want to demean the memorial to those who served so valiantly and deserve it, but Hendon has a point. During a very nasty exchange in the Select Committee hearings, DIA (Defense Intelligence Agency) analyst, Bob Destatte, mockingly said that the water table was so high, that I would need scuba gear to go under Ho Chi Minh’s tomb, when I stated that there was an underground cavern there. What he did not know was that I had just returned from Vietnam and had, in fact, gone down under Ho’s tomb and saw the huge underground area. I assure you no scuba gear was necessary. I walked and breathed in a huge cavernous structure. One large ventilation or utility pipe was about half the size of a Sequoia tree in circumference. I asked my Vietnamese guide what that was for. He replied with a straight face, “to keep Chairman Ho’s tomb cool.” Ho Chi Minh’s tomb is about the size of a large closet, so you can draw your own conclusions. The fact is that there were numerous large doors leading to rooms unknown, that we were not allowed to open. We also know from satellite imagery that the Russians helped the Vietnamese construct this huge underground complex decades ago. It was there during the war and it is there now. Prisoners held there? You cannot find out if you do not look. It makes you wonder why a seasoned intelligence expert would deny the existence of this facility when he had to be aware of the satellite imagery.

So why can we not let the sunshine in to this dark and shameful secret of deceit and cover-up? It is not as if we have not tried, as outlined above. But there have been other courageous attempts to get the truth out by family members, researchers and other organizations. In February of 2003 Attorney John Clarke of Washington, D.C. represented Accuracy in Media in a FOIA request against the CIA for records of POWs/MIAs from the Vietnam and Korea era. The lead plaintiff in that case is Roger Hall, a freelance researcher working on behalf of families of the missing. All of the documents related to the case, including the records produced by the CIA, can be found here. They have been joined by additional attorneys and plaintiffs and have asked for any and all records covering the period from January 1, 1960 to December 31, 2002, relating to the missing from those two wars.

Incredibly, these requests have been denied, citing such feeble excuses as “not our agency records,” or, this is an “unreasonably burdensome search requirement.” It has been a nightmare of excuses, obfuscation, lies and even offers to make the plaintiffs pay money for the information! The plaintiffs contend that the CIA is still withholding documents and information. I can state without any equivocation that they are still holding documents that should be declassified. This legal case will possibly be resolved by the end of the year. I support this lawsuit and I commend all of those who have fought so hard for the past eight years to bring it to fruition. They are honorable people and it is truly an act of patriotism on behalf of not only the missing and their families of the Vietnam and Korean wars, but also for all missing in all future wars or conflicts. They must prevail. The honor of America is at stake.

Former Senator Bob Smith (R-NH), known as “Senator Bob,” is a Special Contributor to Accuracy in Media. His columns and commentaries on media and politics are available on the AIM website at www.aim.org. He can be contacted at [email protected].