Crowder garnered the support of many occupiers by wearing a Soviet shirt (which he received many compliments) and by confronting greedy capitalists.

Ralph has been living at Occupy Wall Street and requested to be interviewed. Ralph added to the above statement “You understand? I don’t give a f*ck… I hope 9/11 happens again, right now.” He then cheerfully ended the conversation with “God bless you.” 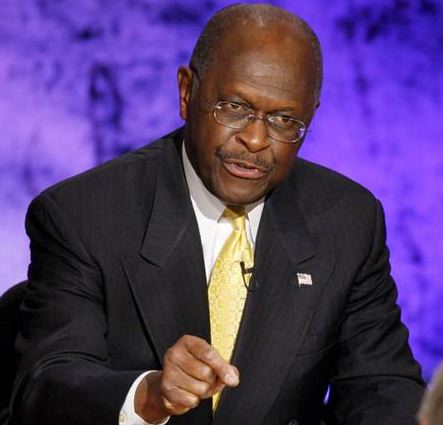 The attack on Herman Cain has escalated. It is now a full out political assassination. While Herman Cain’s candidacy should rise or fall on its own merits, the left does not want that to happen.

Gloria Allred, lawyer and professional attention whore, has brought forth one Sharon Bialek to claim that Herman Cain made a pass at her fifteen years ago.

Of course the left wing is going nuts over this, seeing the possibility of destroying another conservative.

Allred wasted no time in going after Cain and trying to build up the credibility of this woman. She is a “Republican” and she saw Cain a few months ago at a “Tea Party” event.

And of course, she threw out the obligatory, if he did this to her, how many others are there?

This story gets even more suspicious as Cain reached out to members of the Chicago Tea Party, since she alleges the a meeting between them occurred at a Chicago Tea party event and shockingly, no one remembers her.

I have been reaching out to my other friends in the Chicago TEA Party and so far no one recognizes her. Gloria Allred portrayed Bialek as a TEA Party Republican. Having seen her picture Bialek is not someone who goes unnoticed easily.

I have spoken at Tea Party events ALL OVER Chicagoland including TeaCon Midwest 2011 where Gloria Allred says her client “confronted” Herman Cain. I have never seen nor have I ever even heard of a Sharon Bialek.

These allegations are just that. They are allegations without corroboration. Could there be more? Allegedly Cain and Bialek were alone in the car in 1997, but what about the confrontation at the Chicago Tea Party event? With all of the cameras that were there and you know they were following Cain around, surely there would be at least one photo of this confrontation.

It is impossible for Herman Cain to prove this did not happen. You cannot prove a negative. It is a he said, she said confrontation. Those are the easiest accusations to make and the hardest to prove.

Some corroboration of her claim would be nice. While there can be none for the 1997 event, there could be for the Chicago event. The fact that there is not one single photo of her at the event speaks volumes and calls her credibility into serious question.

By Judson Phillips at TPN

If this really happened and this woman is now so forthcoming… where has she been? And wouldn’t she have filed a complaint or charges before? 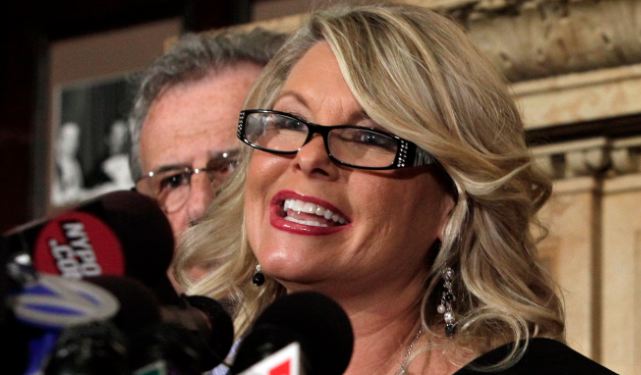 See: Cain Accuser’s Graphic Cain: He Tried to Grab My Genitals, Forced My Head to His Crotch I say in a situation like this, where someone’s political career is at stake and who America chooses for her next President, each of the women who brought this to light should have to take a lie detector test immediately!!

Chicago Radio Host Amy Jacobson speaking to Fox’s Megyn Kelly said she observed the latest accuser, Sharon Bialek, about a month ago cornering Cain at an Illinois event where Cain was a speaker. Jacobson said that Bialek gave her the ‘Bum-Rush’ to get to Cain when she saw him and then ran over to hug Cain when she first approached him. Bialek then spent several minutes whispering in Cain’s ear. Jacobson said Cain listened, was stone-faced and just nodded and uttered uh huh… uh huh. Cain stepped onto the stage to speak right after this event, seemingly unaffected. Bialek went out into the crowd and listened to Cain’s speech.

I don’t know about the rest of you, but this woman looks waaaay to happy for the situation and what she is reporting. She looks to me like she is accepting an award or playing a part. In my circle, as soon as someone hires Gloria Allred, it is considered a given that they are either an opportunist, a gold-digger, a liar or someone Gloria has dug up willing to be a political assassin.

Niger Innis, friend of Herman Cain, volunteer at the Cain Campaign and spokesperson for CORE, Congress of Racial Equality said that the GOP elites should be careful before throwing Cain under the bus or ignoring this situation for it will not just stop. Sexual harassment is part of the new leftist toolbox, just like racism and political correctness. Innis also agreed that Sharon Bialek looked far too ‘happy’ as she made her allegations against Cain.

Video: Thomas Sowell: The Difference Between Liberal and Conservative

American Media doing a ‘Hatchet Job’ on Me

Herman Cain will be holding a Press Conference on this harassment charges today… 11.08.11 at 5PM

*At the press conference Herman Cain said there is no truth to these allegations; took questions and said he would take a lie detector test.*

Bill Kurtis appeared on the Roe and Roeper show and said, “When I arrived at the office, the story [that the accuser told] was quite different.”