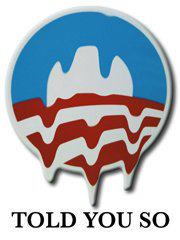 What would have seemed unlikely–if not impossible as the fear of doing so was too great–three years ago, is beginning to happen today.  Some successful in Hollywood are actually speaking out against Dictator-in-Chief Obama and the now totally corrupt Marxist-Democrat Party.

As with the commencement of all pro-liberty movements, only the most courageous amongst us first step into the fray.  The others follow after they believe it is safer to do so.  The brave one, this time, is producer and now screenwriter Bettina Sofia Viviano.  Through a series of events, I met Bettina and that led to the following interview.  I believe many if not most will find it eye-opening and extremely revealing.

Sher: Bettina, first of all thank you so much for your time. You are one of the seemingly fewer and fewer Conservative producers in Hollywood who has been very successful  including your latest film Jack & Jill starring Adam Sandler and opening 11 November.

When we talked last week, you told me that you had no interest in politics until the 2008 general elections. Please tell my readers the story of what changed both your attitude and perspective towards the current US political theater.

Bettina: Back in 2008, I had never even voted in my life. I wasn’t registered to vote, and I probably didn’t even know how many Congressman the US has. I knew that, being in the film business, I was supposed to be a far left Democrat or face being blackballed and abused by my colleagues. So, I just didn’t bother with it. Why bother if you really have no choice anyway?

Then a writer/director client of mine, a Democrat, called me and asked me if I wanted to produce a documentary about voter fraud in the Democratic Primary with her. She had received a phone call from a very well known Congressional Investigator in Washington, who told her that the Hillary campaign had launched serious allegations against the Obama campaign for caucus fraud. We saw a letter from Hillary’s lawyer in DC, Lynn Utrecht, and sure enough there was something there.

When the director, Gigi Gaston, first told me about this… I couldn’t have been less interested. Really? Caucus fraud? Who cares. I wasn’t political and I didn’t have a dog in the Hillary/Obama race anyway. However, it was one of those split second decisions that changes the entire course of one’s life. For some reason, I agreed to do it and my life has never been the same. What we saw… the ugly, vicious, nasty voter fraud committed by the Obama camp, the DNC and ACORN, has scarred me for life. The entire time we were going across the country interviewing people who had experienced and witnessed the fraud, I could only feel that America was a third world, banana republic like Cuba. In fact Brad Sherman, a California Congressman, told one of my partners on the film that “there was so much fraud in the Democratic Primary that we look like a banana republic.” He of course refused to say it on camera, but they all knew what happened. All of them. And the fact that no one stood up against this fraud, and in many instances criminal acts, appalled me. What they did to Mrs. Clinton was beyond disgraceful, and in the end we proved that by all accounts she really did win the nomination. Imagine what a different country this would be right now had she won. She might be a far left Democrat like Obama, but the big differences are that she is competent and doesn’t hate this country as he does.

Sher: After you had begun filming the documentary “We Will Not Be Silenced,” you discovered that Barack Hussein Obama’s fraud permeated virtually everything he did politically… from using his group ACORN to commit extreme election fraud to his usage of the New Black Panthers wielding weapons to intimidate voters. The fraud begins with Obama’s stealing votes and support from Hillary Clinton for the 2008 Democrat nomination. Would you give us the details of how this patently ugly and deviant picture unfolded? 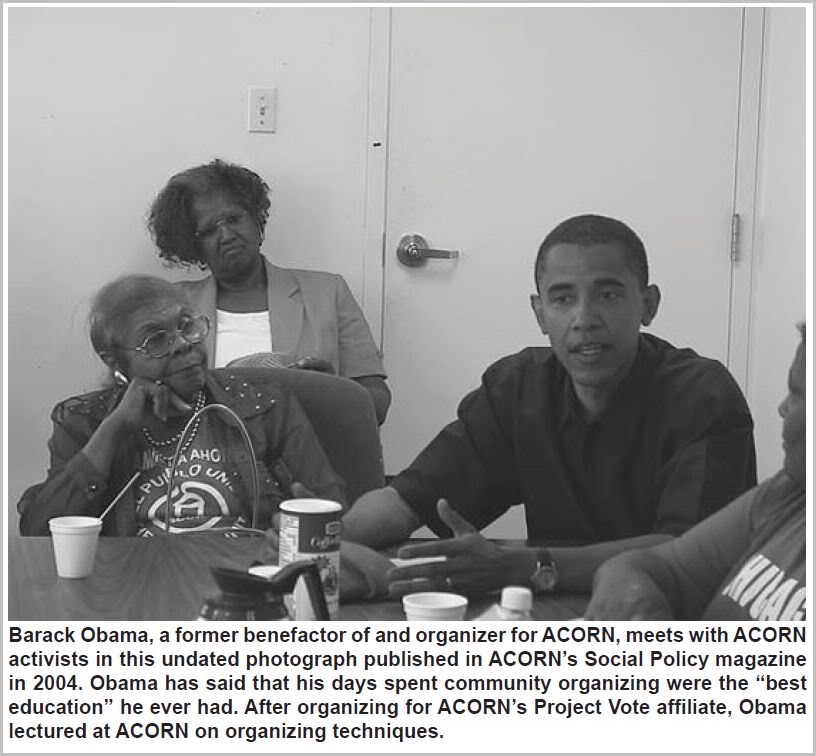 Bettina:  We started investigating the caucus fraud that was reported in 14 caucus states. There were 2000 complaints in Texas alone. Along with those claims, there were as I said a lot of criminal complaints as well at the police stations. What we found in every state was that the stories were always the same. People reporting vandalism, threats, death threats, fraud, falsified documents, lock outs, intimidation, you name it… all directed at the Hillary voters. And the worst part was that the ACORN/Obama campaign/DNC thugs weren’t really hiding it from anyone.

I think that Democrats always justify their fraud with moral relativity. They think that what they are doing is for “everyone’s own good” so the end justifies the means. We saw such blatant disregard for human beings, personal property, the laws of our country, and civil society in general that I was truly horrified. So many people we interviewed were scared to come forward, whether due to threats of losing their lives, their jobs, or being thrown out of the Democratic Party. I just kept thinking…who the hell do these people think they are? They are blatantly and openly committing the most heinous acts of voter fraud, threats, intimidation, and they don’t care. If I brought this fraud up to my Democrat friends, the only thing they said to me was “well Bush did it too.” But, oddly, this wasn’t Republican on Democrat voter fraud. This was the Democrats eating their own.

Sher: On a lighter note, recently Dictator Obama’s team established his latest snitch website “Attackwatch.com.” Apparently, if anyone tells the truth about Obama they are to be reported to members of the still-growing Obama Police State. I understand that it was taken offline for awhile but, like all of the undead, it’s back! Many conservatives and others reported themselves but, I found your story particularly hilarious. Please tell the readers what you did to report yourself. 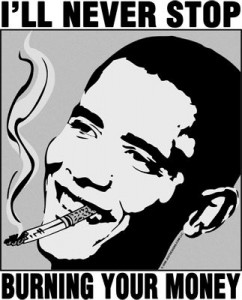 Bettina:  I have basically had it with the Obama Regime and their snooping on people, trying to silence dissent, attempting to quash the First Amendment. They, again, would love to silence everyone so we can live in some hopey dopey world where no one’s opinions are welcome unless they kiss Obama’s rear end. When Obama put that “Something’s Fishy” nonsense on the White House website, I felt like I was living in Venezuala or Cuba. Everyone was supposed to “report their friends and neighbors who say negative things about Obamacare.” What? “Report” them? OMG this really had become Hitler Germany. So, rather than wait for one of my friends or neighbors to report how much I hated Obama and his disgusting, vile, ridiculous “destroy America” piece of garbage legislation, Deathcare, I decided to just report myself.

I called the White House message line, got a live operator, told her I hate Obama and Obamacare, and that I had my bag packed for the FEMA Camp if she wanted to send someone to come get me. Surprisingly, she laughed and giggled and hung up. I really was waiting for the Secret Service visit but it never came. Which kind of angers me because I have Facebook friends who have made very benign comments about Obama and have received the visits from the guys in the black SUVs. I guess you haven’t arrived until you have been the recipient of Obama’s attempt to shut everyone up.

Sher: Working in Hollywood, you have a unique perspective. What are you hearing about Obama’s continuation of his destructive tenure that you can share with us?

Bettina:  I try not to discuss politics that much with my friends in Hollywood. They are all great people, but sometimes I wonder if they even know why they are liberals. I mean, it has come down to the fact that you just can’t support Obama and his criminal regime, no matter what party you are in. It’s too bad, because the Democrats signed their own death warrant by taking down Hillary for Obama. We warned them, and now I see a ton of buyer’s remorse. I will say this… In public you will never get anyone in Hollywood to discuss Obama’s disastrous “Presidency.” They know it would be career suicide to tell the truth. But, when I have private conversations with my friends, they admit he is a failure and was a mistake. Three years ago I warned everyone that Obama was the biggest threat to our safety, security and prosperity and I am sadly right. 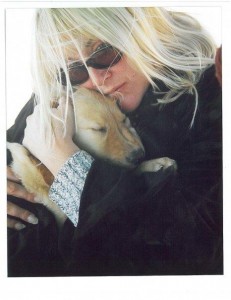 Bettina, friend of the Bound and lucky pooch

Bettina:  This has been an incredibly eye-opening three years for me. I think we can all agree that the direction of our country has been hideous and that this is possibly the last chance we have to repair the damage. I would just like to say to your readers…. Get involved. This is critical to the survival of our country. The best thing people can do is get active; become poll watchers in their precincts, because the ACORN people are out there already, getting ready to steal another election. Obama’s numbers are so bad, that we know there is no logical way for him to win in 2012. The fraud will be huge, just like it was in 2008. Please, people, don’t stay home. Support the GOP candidate… donate your time and money… and volunteer at your polling location. This is the most important fight of our lifetime. The one thing I can say about my fellow Americans who have decided to join the fight to save our country… Democrats really underestimate the power of the American Spirit.

We Will Not Be Silenced:

We Will Not Be Silenced – Part 1:
at youtube.com