Dozens of Iranian students have stormed the UK embassy in Tehran, chanting “death to England.” Before police intervened, protesters pelted the embassy with stones and petrol bombs, brought down the flag, and destroyed a pile of classified documents…

There were several attacks on two compounds of the British embassy in Tehran on Tuesday. After the first attack was contained and most of the protesters had been removed from the embassy, some students repeated the assault…

Iran’s Foreign Ministry has issued a statement saying that it regrets the attack on the British embassy and is committed to ensuring diplomats’ safety, Reuters reported.

Silent Running – The Targeting of Americans

Egypt is facing a general strike followed by a Marxist revolution.

Though most commentators focus on the Muslim Brotherhood, it is actually the Marxists who are in the driving seat. 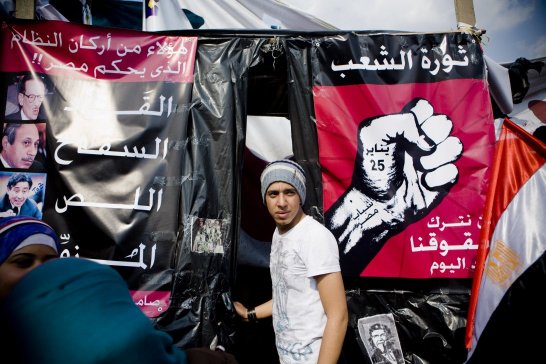 First, I am instructing the Defense Ministry to immediately put the missile attack early warning radar station in Kaliningrad on combat alert. Second, protective cover of Russia’s strategic nuclear weapons, will be reinforced as a priority measure under the programme to develop out air and space defenses. Third, the new strategic ballistic missiles commissioned by the Strategic Missile Forces and the Navy will be equipped with advanced missile defense penetration systems and new highly-effective warheads. Fourth, I have instructed the Armed Forces to draw up measures for disabling missile defense system data and guidance systems if need be… Fifth, if the above measures prove insufficient, the Russian Federation will deploy modern offensive weapon systems in the west and south of the country, ensuring our ability to take out any part of the US missile defense system, in Europe. One step in this process will be to deploy Iskander missiles in Kaliningrad Region.

Fundamental Restoration from Genxpolitics on Vimeo.

Over Thanksgiving weekend, an extraordinarily evil, Trojan Horse amendment was concocted for our current “Defense Authorization Bill,” and sponsored by John McCain (AZ-R) and Carl Levin (MI-D). And once again Ron Paul attempts to stave off “progressive” tyranny, leading to totalitarianism.

It may be called the Levin-McCain anti-Citizen, anti-due-process, authoritarian amendment to bill S. 1867. As The Hill points out below, it “could allow American citizens who are suspected of terrorism to be denied a civilian trial.”

Are there enough civil libertarians (read, Americans of authentic political conviction) left in Congress to kill this fascistic amendment?

Republican Sens. Rand Paul (Ky.) and John McCain (Ariz.) battled on the Senate floor Tuesday over a proposed amendment to the pending defense authorization bill that could allow American citizens who are suspected of terrorism to be denied a civilian trial.

Paul argued the amendment, which is cosponsored by McCain, “puts every single American citizen at risk” and suggested that if the amendment passes, “the terrorists have won.” 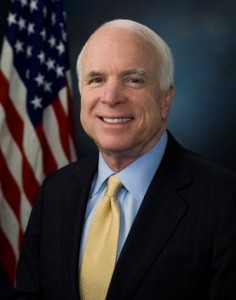 Please contact your members of the Senate and House.

However he was tortured in Hanoi, Rockefeller-style “Republican,”John McCain shows himself a traitor to America’s Sovereignties in the here and now.

And where do the presidential candidates stand on this assault upon America? 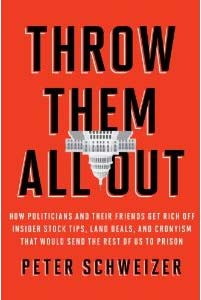 “No servant can serve two masters; for either he will hate the one and love the other, or else he will be loyal to the one and despise the other. You cannot serve God and mammon.”
– Jesus the Messiah (Luke 16:13)

Peter Schweizer’s new book is Throw Them All Out.

Two brief interviews tell part of the story of this endemic corruption in Washington (and in state capitals throughout America).

The facts exposed in this book explain much of the tycoon transnationalist capture of the GOP, as well as DNC debauchery. The bigger and more multinational that corporations are, the more ungoverned they are – and the closer they tend to be in their aims and their complicity, to globalist, central bank financiers and all the authoritarian tyranny in the cauldron they fuel.

To the wolf: My, what big investment opportunities you have, grandma… 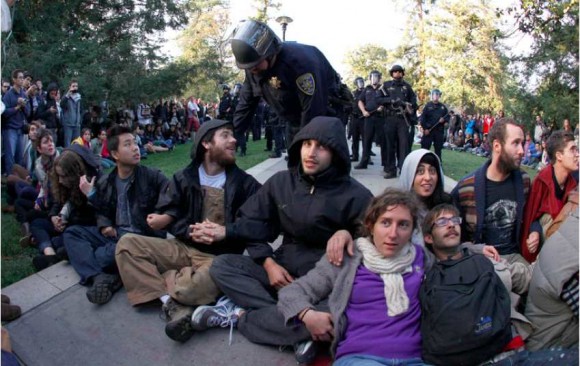 A campus conservative at UC Davis was so disgusted by slanted coverage of the Occupy movement that he reached out to Fox News and provided the channel a video showing police officers being surrounded by protesters after dismantling an illegal tent site. Marcus Shibler, chairman of Davis College Republicans, says the officers were met with chants of “F— the police.” 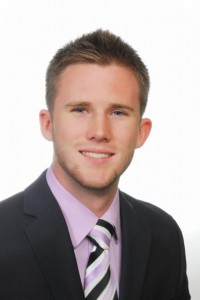 Meanwhile, one of the UC Davis faculty members involved in leading the protests is scheduled to teach a course on Marxism and is now calling for the campus police to be completely evicted from the university.

A syllabus for Professor Nathan Brown’s course begins with a Karl Marx quote about communism being “the real movement which abolishes the present state of things.” The on-line course description is decorated with a hammer and sickle, the symbol of communism.

A spokesman for a growing number of students who want an educational atmosphere returned to campus, Shibler tells Accuracy in Media that the chancellor, Linda Katehi, is caving in to protesters’ demands, even ordering meals and portable toilets for those returning to campus. “She has done nothing but appease them now,” he said.

Shibler had initiated a letter-writing campaign to Katehi calling on her to dismantle the tents and remove the protesters. This led to the pepper-spray incident that has been the subject of “police brutality” allegations picked up by the national media. “We supported that and supported her,” he said. “Then, she cowered and took the politically correct route and ended up separating herself” from the decision and apologizing to the protesters. She also ordered the campus police chief and two officers put on leave.

Shibler said he saw an item on Fox News repeating the canard about police brutality on campus. “I was overwhelmed with frustration, got on the phone, talked to the news desk, spent the next couple hours on the phone, and the next day went into Fox News with all my information,” he said. “I called Fox News and said, ‘you’re wrong,’ and help me get out the truth.”

Shibler said the public is generally unaware of how much disruption the protesters were causing on campus. “The day that they set up camp,” he said, “they had hundreds of people marching through classes, mine included. They marched through classes with hundreds of people banging on walls, kicking walls, slamming doors, and screaming ‘We are the 99 percent.’ There’s a huge difference between free speech and what they were doing.”

The protesters who surrounded and threatened the police officers should have been arrested and charged. “I think that they need to pay the consequences,” he said. “But on the college campus they are being coddled.”

He thinks it’s crazy that the police chief and two police officers were put on leave over their handling of the incident. He filmed the confrontation and notes that the police “individually warned every single student what was going to happen.”

Now the lives of the officers have been invaded by the hacker group Anonymous, which has posted personal information about them. “Their careers and families are hanging in the balance over the chancellor trying to be politically correct and appease the mob,” he said.

Shibler is also critical of the aforementioned professor, Nathan Brown, an instigator of one of the protests who claims that the police pinned down and forced open the mouths of protesters and pepper-sprayed down their throats, causing one to vomit up blood. “Having been five feet away from it, that is such an outright lie,” Shibler said

He said Brown’s letter calling on Katehi to resign contains inaccuracies and misrepresentations about what transpired.

Brown is an Assistant Professor in the Department of English Program in Critical Theory.

Reached by telephone, Brown defended his rhetoric and actions, saying that, in addition to Katehi’s resignation, the police should be thrown off campus. Although he spoke at a campus rally calling on Katehi to go, he said he was not present during the pepper-spraying incident. However, he believes it was an obvious case of police brutality.

Asked about one of the courses he is scheduled to teach, “The Real Movement of History—Left Communism and the Communization Current,” he laughed at charges that it is slanted in favor of Marxism. He said, “Marxism is a perennial topic, taught at humanities departments in the university. Obviously, the tradition of Marxist theory is a mainstay of courses in critical theory. So, in that regard, the course I’m teaching in the winter is entirely normal.”

He explained that versions of that course will be running at three other campuses as part of a “collective seminar.” He added, “I would just emphasize that teaching Marx and teaching Marxist theory is just a basic responsibility of professors in the humanities who teach critical theory and Marx is a major figure in that tradition.”

“I do not have tenure,” he acknowledged. But he doubts he will be fired. “I have a tremendous amount of support from my department and from a lot of faculty around UC and around the country.” He said he is paid around $64,000, but added that faculty salaries pale in comparison to what is paid to university administrators and campus police.

He said his classes have explored the issue of budget cuts or “privatization” of higher education and that his students “almost unanimously are very grateful for that information.” As a result, these students commit themselves to “defend public education in California,” he said.

On Monday, protesters attempted to close down the campus and occupy various university buildings. The campus paper, The California Aggie, said, “Teach-ins, or open lectures and discussions on topics relevant to the general strike, were taught at different locations on campus by professors and graduate students. Teach-in topics ranged from meditation to the history of the Marxist theory.”

The protesters issued three demands, “(1) The immediate resignation of Katehi, (2) Cops off campus, replaced with an alternative safety group, and (3) Freeze on tuition increases.”

Brown said that, in place of the campus police, students could take charge of their own security, in the form of “student security services,” or rely on the Davis, California police force for help in serious incidents. “There is no reason for the University of California to have its own private police force,” he said, adding that police should not be “freely roaming the campus.”

However, observers have noted that crime is a serious issue on campus and that the police are there to help or defend students. According to the most recent crime statistics, while crime on campus in general showed little change from 2009-2010, some serious crimes were on the rise. There were 88 burglaries on campus in 2010, compared with 84 in 2009, and 21 forcible sex offenses compared with 18 the previous year. There were 11 aggravated assaults compared with nine in 2009.

Shibler said one of the complaints from the Occupy movement, over budget cuts to the UC system and tuition hikes, stems from the state approaching financial bankruptcy. In an op-ed in the campus paper, he and his co-author, Dustin Call, wrote, “If you want to protest something like poverty and economic hardship, direct your protests against the tax-and-spend policies of the federal and California governments.”