A Bloomberg report reveals that the U.S. government loaned banks $7.7 trillion in secret bailout funds at no interest and then borrowed the money back at interest. 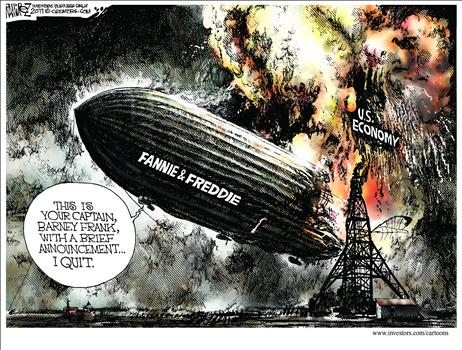 Yesterday the Senate held a hearing based on the research of Breitbart editor and author of “Throw Them All Out” Peter Schweizer. Schweizer appeared on “60 Minutes” to discuss how it is perfectly legal for Congressmen to use industry insider knowledge gathered from congressional committees and use that knowledge to profit in the stock market.

Senator Lieberman quoted the director of enforcement at the SEC saying, “The director of enforcement at the Securities and Exchange Commission makes it clear the commission has authority to prosecute such wrongful conduct declaring, and I quote, ‘Trading by congressional members or their staff is not exempt from the federal security laws including the insider trading prohibitions.'” 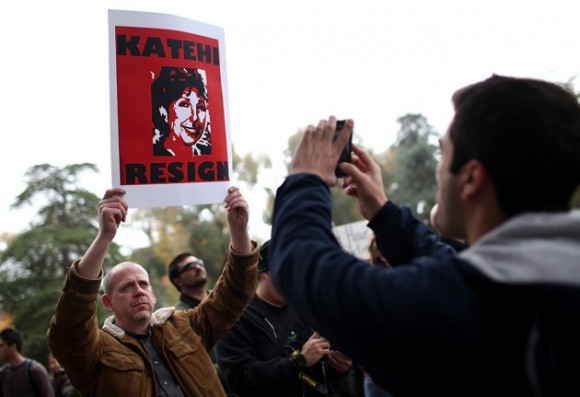 UC Davis Republicans have released a new video showing what actually transpired on the campus before some protesters were pepper-sprayed. The almost nine-minute video shows that the UC Davis campus police were encircled by the demonstrators, who tell the police to free some of their arrested comrades. “If you let them go,” the protesters say, “we will let you leave.” Later, the protesters can be heard chanting, “F— the police.”

The national media have made it appear that the police attacked demonstrators peacefully protesting on a sidewalk for no good reason at all. NBC anchor Brian Williams called them “kids” and suggested that parents in the audience should be outraged over their treatment.

Meanwhile, campus police are finally beginning to speak out. UC Berkeley police, who responded to threatening protesters on that campus with batons, said that officers were injured by chairs and bricks thrown by demonstrators.

In the UC Davis incident, after warning protesters on the sidewalk to leave and showing them canisters of pepper spray, the police saturate them with a heavy mist of the substance, which is used to make them easier to move. The video also shows the sidewalk demonstrators preparing and expecting to get sprayed, even covering up their faces to protect themselves.

The use of the pepper spray has been depicted by various media outlets as completely unprovoked. In fact, this new video shows that it was a virtual last resort by the police to restore law and order on campus. The use of batons on the demonstrators had been ruled out by the campus police chief. Batons were used, however, during a previous confrontation with protesters on the UC Berkeley campus.

The sensationalized anti-police manner in which the UC Davis confrontation has been portrayed by the media led the Chancellor of the university, Linda Katehi, to put the campus police chief and two officers on leave. Davis College Republicans chairman Marcus Shibler has called this completely unjust, saying that the police were doing their job and that more protesters should have been arrested for surrounding and threatening the police as they carried out their duties. Shibler is also upset that Katehi, who had originally ordered the protesters evicted and their tents dismantled, has caved to the protesters, letting them reestablish their tent city and providing portable toilets for them. Fortunately, he says previous information that the university was providing them with meals turned out to be false.

The UC Davis English Department, a hotbed of radical activism on campus, has issued a statement calling for Katehi’s immediate resignation and for “a policy that will end the practice of forcibly removing non-violent student, faculty, staff, and community protesters by police on the UC Davis campus.”

Interestingly, by noting the presence of “community protesters,” this statement confirms that people from off-campus were part of the protests. In originally justifying the police action, Katehi had noted that non-students were involved in the demonstrations.

The UC Davis English Department statement goes on to urge “the disbanding of the UCPD [University of California Police Department] and the institution of an ordinance against the presence of police forces on the UC Davis campus, unless their presence is specifically requested by a member of the campus community. This will initiate a genuinely collective effort to determine how best to ensure the health and safety of the campus community at UC Davis.”

An English professor by the name of Nathan Brown, who teaches Marxist theory, has been behind some of the protests. He is paid about $64,000 a year by the university, does not have tenure, and thinks the administration doesn’t have the will to fire him. He wrote an open letter calling on Katehi to go and wants the UC Davis police thrown off campus, saying that “student security services” can deal with most crime on campus.

One of his scheduled classes is “The Real Movement of History: Left Communism and the Communization Current,” featuring the Communist Manifesto and other Marxist writings. He says students attending his classes participate in protests against budget cuts to state funding of education.

On Monday, as radicals attempted to close down the campus and occupy various university buildings, Brown was listed on a poster as teaching a workshop to protesters on “Three Theories of Power: Marx, Fanon, Foucault.” Other workshops were on prisoners’ rights, yoga, meditation, anarchist anthropology, and the dangers of corporations.

Meanwhile, the police union, known as the Federated University Police Officers Association, has issued a statement in response to the confrontations with protesters on the UC Davis and UC Berkeley campuses, asking that “the rules and regulations of the University of California along with state laws be respected” and that protesters not “interfere with the day-to-day operations of the university.” The union adds, “There are still a lot of students, faculty and staff out there who simply want to come to work or continue on with their education without fear of disruption. We should all respect this.”

The statement refers to UC Berkeley police responding to a separate report of a gunman on the campus.

It went on, “A UC Berkeley staff member saw a man with a gun and reported it to police. Your UC Berkeley police did not run the other way or even wait for outside police agencies to respond before taking any type of action. Your UC Berkeley Police Department quickly responded to a call for help from one of your fellow campus community members. They did this knowing that due to the severity of this type of call, they may never return to their own families. This shooting happened at a time where UC Berkeley police officers had recently been harshly criticized because of the way they handled the protestors on November 9th. They already were feeling like there was a lack of support by the UC administration but because of their professionalism and dedication to the campus community’s safety, they responded quickly to this deadly confrontation while putting their own lives on the line.”

The UC Berkeley Police Officers’ Association, which represents the officers who handled demonstrators with batons on that campus, issued a statement saying, “A video clip gone viral does not depict the full story or the facts leading up to an actual incident. Multiple dispersal requests were given in the days and hours before the tent removal operation. Not caught on most videos were scenes of protesters hitting, pushing, grabbing officers’ batons, fighting back with backpacks and skateboards.”

It went on, “While students were calling the protest ‘non-violent,’ the events on November 9th were anything but nonviolent. In previous student Occupy protests, protesters hit police officers with chairs, bricks, spitting, and using homemade plywood shields as weapons—with documented injuries to officers.”

This morning the U.S. Department of Labor’s Bureau of Labor Statistics released a shocking report–the official unemployment rate for the United States had spiked down to 8.6 percent.

The rate had remained “frozen” at 9 percent or above since May 2009–just four months after President Obama’s inauguration.

It would seem that President Obama and David Axelrod’s prayers have been answered.

Not quite so fast….

Upon a close examination of the data in the actual BLS report, it would appear that this “miracle” is largely a “false positive,” as most of the reduction in the rate was as a result of people who simply quit looking for a job–and therefore not counted as being in the labor force.

And, it seems that the other primary component of the decline occurred from the hiring of temporary holiday workers, who are mostly part time, low wage and whose employment is just for November and December.

The Bureau of Labor Statistics (BLS) report, Table A-1, shows that the number of “Unemployed” workers fell by 489,000, from 13.102 million in October, to 12.613 million in November, as listed in the “Not Seasonally Adjusted” column.

And, right below that, it indicates that there was a reduction in the “Civilian Labor Force” (number of people actively looking for work) of 405,000, from 154.088 million in October, to 153.683 million in November, also taken from the “Not Seasonally Adjusted” column.

Then, according to the text section of the BLS report, it is revealed that of the remaining 84,000 workers to account for, they were mostly “seasonal”, with the retail sector leading the way with the hiring of 50,000. This included 27,000 by clothing and accessories stores, another 5,000 added to the sales ranks of electronics and appliance stores. Also in the context of seasonal hiring, the hospitality sector netted an additional 21,000 workers–mostly in food services and at “drinking places.”

The only solid job creation took place in the healthcare sector, where 17,000 people were added to the employment rolls. Then the professional and business services area picked up 33,000, followed by a net gain of 6,000 in the manufacturing sector rank and file.

Offsetting these gains however, were the cutting of government workforces at federal, state and local levels, who shed 20,000 jobs, along with an additional 5,000 lost within the Post Office.

(Authors note: These numbers are excerpts from the BLS report, and will not sum to “0.”)

The point is clear–there is nothing contained within this report–other than the sensation created by the initial optical illusion of the unemployment rate number falling to 8.6 percent.

Consequently, this report really provides no hope or change in the continued employment outlook for President Obama and most of the Democrats in Congress.