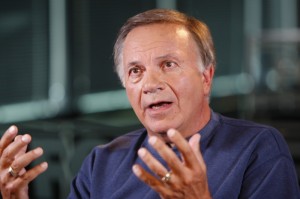 So they will make their case for action to the UN Human Rights Council – an international government origination so biased that even Hillary Clinton has denounced it.

Council members like Saudi Arabia, Cuba, Mexico and China will review your election laws and judge if you measure up to their idea of democracy.

How can we accomplish any of our goals, like repealing health care rationing, securing the borders and balancing our budget if we can’t even control our own elections?

That’s why we need to send a clear message to the UN – stay out of America’s elections and abandon Barack Obama to the judgment of the American people.

I need you to tell the Senate Foreign Relations Committee to send that very message to the United Nations – by any means necessary.

Then I need each of you to forward this to three other people who agree that American’s elections should not be run by the United Nations.

Please take the next 60 seconds to help keep America’s elections in the hands of Americans.

Thank you for all your support.

I understand that the NAACP opposes voter-ID laws.  Given the long history of fighting against uses of state law to deny blacks and other minorities the franchise until the Civil Rights Movement prevailed, their deep skepticism over proposed stricter enforcement of eligibility laws can’t help but recall echoes of voter suppression in their communities, even if the new laws are innocent of any racial animus.  We still have plenty of mistrust that will take generations to undo, especially given that we still have those with living memories of having been denied the right to vote.

Still, if the NAACP wants to make the argument against such laws, shouldn’t they do it in a forum that has some jurisdiction

The largest civil rights group in America, the National Association for the Advancement of Colored People (NAACP), is petitioning the UN over what it sees as a concerted efforted to disenfranchise black and Latino voters ahead of next year’s presidential election.

The organisation will this week present evidence to the UN high commissioner on human rights of what it contends is a conscious attempt to “block the vote” on the part of state legislatures across the US. Next March the NAACP will send a delegation of legal experts to Geneva to enlist the support of the UN human rights council.

The NAACP contends that the America in the throes of a consciously conceived and orchestrated move to strip black and other ethnic minority groups of the right to vote. William Barber, a member of the association’s national board, said it was the “most vicious, co-ordinated and sinister attack to narrow participation in our democracy since the early 20th century”.

Fourteen states have passed a total of 25 measures that will unfairly restrict the right to vote, among black and Hispanic voters in particular.