*** Note: Oathkeepers has now pulled the cannery story, so neither of these can be substantiated. You really should read the following article though. It is right on the money: 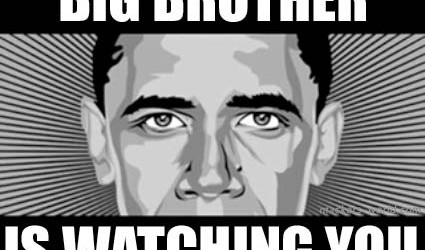 I read two very troubling posts today and I feel I have to comment. If they are true (and I have no reason to believe yet that they aren’t), then things are speeding up and it sends a cold shiver down my spine. Never a good sign.

Of the two, I’ll address the one on the feds going to a food cannery first as it bothers me the most. Oathkeepers put up an excellent post today: Federal Agents Demand Customer Lists From Mormon Food Storage Facility. They say this has already been verified to be true.

In short, the Feds went to a Mormon cannery in Tennessee and wanted the list of all those who had purchased bulk food. When the proprietor informed them that no such list exists, they asked for credit card receipts or anything else that would give them info on the customers who did business there. The owner then told them that it was a cash-and-carry business and they would not give them that info either. Good for them. It is none of the Feds business who is buying or how much. From Oathkeepers:

A fellow veteran contacted me concerning a new and disturbing development. He had been utilizing a Mormon cannery near his home to purchase bulk food supplies. The man that manages the facility related to him that federal agents had visited the facility and demanded a list of individuals that had been purchasing bulk food. The manager informed the agents that the facility kept no such records and that all transactions were conducted on a cash-and-carry basis. The agents pressed for any record of personal checks, credit card transactions, etc., but the manager could provide no such record. The agents appeared to become very agitated and after several minutes of questioning finally left with no information. I contacted the manager and personally confirmed this information.

I believe this is a precursor to accusing Americans of ‘hoarding’ food and passing regulation both prohibiting bulk food purchases and the seizure from homes of such food caches. This would be blatantly unconstitutional and fascist. It is a level of tyranny we have not seen in our lifetimes in the Land of the Free, but I fear it is almost upon us. Be very careful who you tell that you have stockpiles of food. Keep your private life quiet and protect your family and their future by being discrete.

The next troubling part of the report:

And here in Tennessee, we just learned that Nashville Metro Public Health and the Tennessee Department of Health are conducting “door-to-door assessment of disaster preparedness … using a tool designed by the Centers for Disease Control and Prevention to go door to door and check to see how disaster ready you are. .. in 30 neighborhoods in Davidson County [TN] that have been randomly selected to be the target of a door to door assessment.” I have confirmed that that is a state run effort.

This sounds like government and state reconnaissance of individual households to find out if they are hoarding food and/or weapons. Not good. The local government claims that they have good intentions – I don’t believe it. You cannot trust the government and the Feds. They are not doing any of this out of concern for you. I smell a rat, big time here. Oathkeepers states it flatly and correctly:

“Deprivation of food has long been a weapon of war and oppression, with millions intentionally starved to death by fascist and communist governments in the 20th Century alone.

Accordingly, we will not obey or facilitate orders to confiscate food and other essential supplies from the people, and we will consider all those who issue or carry out such orders to be the enemies of the people.”

If those who carry out such orders to confiscate food are enemies of the people, then that same label also fits anyone in the government compiling lists of Americans who store food. There is no legitimate reason for the Department of Homeland Security to compile such lists. Al Qaida suicide bombers are not known to store powdered milk and buckets of wheat. Nor are they known to store away dehydrated carrots and instant potatoes, or fruit punch mix for the kids. But the Mormons are known to do so, and so are many other Americans who have the common sense and maturity to take personal responsibility for ensuring that their families will have food, come what may.

It is part of Mormon Church religious doctrine to store food for hard times and emergencies, with a recommendation that each family store a year’s worth of basic dry goods along with three months worth of store-bought canned and boxed foods. To facilitate that practice, the Mormon Church runs its own food storage canneries selling powdered milk, wheat, flour, rice and beans, sugar, salt, and various other dry goods either in bulk 50 lb bags or in #10 cans for long term food storage (up to 30 years for some items). These Church canneries also often sell food storage items to non-church members, seeing it as both morally right and prudent to help their neighbors store food, whatever their faith. The cannery in Tennessee that was “visited” by federal agents follows that practice of helping the general public become better prepared.

On to the second post of interest. This is rumor and has not been confirmed, but where there is smoke there is usually fire. This is said to have occurred in the National Guard:

He just got home from a EDRE (emergency deployment readiness exercise) at the armory. He said that during the exercise 3 companies of infantry were polled by questionare about the drill and it’s purpose. One of the questions was, will you as a member of the Nat. Guard use lethal force against the American public if ordered to do so? One of the men stepped forward and refused to take the poll and explained that it was a moral judgement on his part and that he could not do so. He then placed his weapon on the ground and fell in behind the formation. Devon said it was like a waterfall, Every member layed their weapons on the deck and fell in beside the one lone specialist. This included ALL NCO’s, STAFF NCO’s and SENIOR NCO’s. The only people left in front of the original formation was 3 Capt’s. 2 Lt’s and the BN Commander who was so upset he started having chest pains from yelling and screaming about court martials and disbandment of the unit into other units.

The Specialist who first layed down his weapon was held in county jail by the Bn CMDR, awaiting a hearing under the UCMJ. He was there for a few hours and has been released. An investigation is being conducted into those who started the poll and no charges against the soldiers are being filed.

If this turns out to be true, it is very disturbing. I am gratified the soldiers behaved as they did, but why was this EVER asked of them? From Oathkeepers:

Again, this is unconfirmed, and we are working on confirming it. Please keep that in mind. But this is certainly the kind of mass, whole-unit stand-down that may well become necessary, especially in light of the treason of the US Senate, which voted 93-7 to authorize military detention and trial of U.S. citizens — claiming the power to apply the laws of war to the American people in the same way as they are used on a conquered, enemy population, like Iraq or Afghanistan. While National Guard units can, and have been used for riot control without violating their oath, we suspect that this survey was asking them about whether they would do something far worse than just keep the peace during riots. We will do our best to get to the bottom of this, and provide all details once confirmed.

If accurate, this is reminiscent of the stand-down during Katrina by SSGT Joshua May’s Utah National Guard Unit, where the whole unit let their commander know, in a peremptory refusal, that they would not participate in any gun confiscation.

The young man who originally posted this on Facebook will not be posting on it further out of respect for his friends and the fact that the military is now investigating this internally. I would really like to know for certain whether this happened or not, because if true, it is like the canary in the coalmine and baby, she’s blasting for all she’s worth if this occurred. I read the comments on this and people are upset and very concerned over it and rightly so.

There is soooo much going on that I can’t keep up with it. But I sense things are beginning to spiral out of control and next summer should be a doozy. Store food, get items to barter and buy guns and lead. Keep it to yourself and get ready for one hell of a ride. I’m sure we’ll hear much more on Feds and rumors of Feds…

Read: Beware of Homeland Security Training for Local Law Enforcement, by An Insider

Addendum: Certain people seem intent on correcting my canary reference, it was made tongue in cheek. Canaries in a mine shaft are a warning if they drop dead, but I was also referring to a loud warning. I was combining a couple of references that seem to have gone over the head of a couple of people who are more intent on correcting me than reading the intent of the message.

9 thoughts on “Feds and Rumors of Feds…”