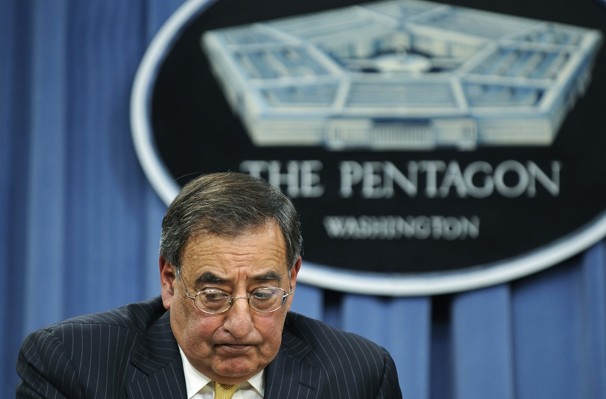 IT BEGINS: ARMY CUTS 8,700 Read about Leon Panetta at KeyWiki

The Council has spoken, the votes have been cast and the results are in for this week, carved eternally in the Council’s akhasic records in cyberspace.

Of late, there’s been an interesting phenomenon evident. President Obama, who got 78% of the Jewish vote in 2008 has lost a substantial amount of that support and is now apparently trying to recoup it by misreperesenting his treatment of our ally Israel on the one hand and attempting to blame Israel for the failure of the peace process and delegitimize its government on the other, depending on what audience he’s facing. And he’s even using top level cabinet officers like Secretary of State Hillary Clinton to do it. This week’s winner, Joshuapundit‘s Heart Of Darkness; Obama’s Campaign To Make Israel A Scapegoat And Fool America’s Jews examines this campaign in detail. Here’s a slice:

The Obama Administration is obviously very concerned about its fading support among America’s Jews. And to counteract it, there’s a subtle but growing campaign going on to convince America’s Jews that not only is the president the most pro-Israel in history, but that it’s those ungrateful Jews in Israel that caused the death of the so-called peace process and cause all the rampant Muslim Jew hatred rather than President Obama’s arrogant, amateurish and deceitful behavior. And the president and his handlers are using committed foot soldiers who are either Jews or people posing as ‘friends’ of Israel to do it.

The president, speaking in front of a fundraiser to group of American Jews in the Manhattan home of Obama donor Jack Rosen,the chairman of the American Jewish Congress made this incredible statement: “I try not to pat myself too much on the back, but this administration has done more for the security of the state of Israel than any previous administration. We don’t compromise when it comes to Israel’s security … and that will continue.”

A whole chorus of the administration’s allies has come out full force to echo this fantasy.

For instance, the U.S. ambassador to Belgium, Howard Gutman, recently told a conference hosted by the European Jewish Union that Israel was to blame for Muslim Jew hatred:

“A distinction should be made between traditional anti-Semitism, which should be condemned and Muslim hatred for Jews, which stems from the ongoing conflict between Israel and the Palestinians,” Gutman reportedly said, according to the Israeli newspaper Yedioth Ahronoth. “He also argued that an Israeli-Palestinian peace treaty will significantly diminish Muslim anti-Semitism.”

According to the account in the Israeli paper, “The legal experts at the event were visibly stunned by Gutman’s words, and the next speaker offered a scathing rebuttal to the envoy’s remarks.”

Gutman apparently never read the Qu’ran or the Hadiths and is clueless as to the real roots of Muslim anti-Semitism, which predates the re-establishment of Israel by centuries.

But of course, Gutman is infinitely qualified for his post as ambassador, having bundled $500,000 in 2008 for Obama, according to OpenSecrets.org.

In our non-Council category the winner was Andrew McCarthy’s – Fears And Smears submitted by Joshuapundit, an excellent takedown of the ‘Islamophobia’ all-purpose label.

Here are this week’s full results. Only New Zeal was unable to vote and was affected by the 2/3 vote penalty: