Simply the most arrogant President in history. 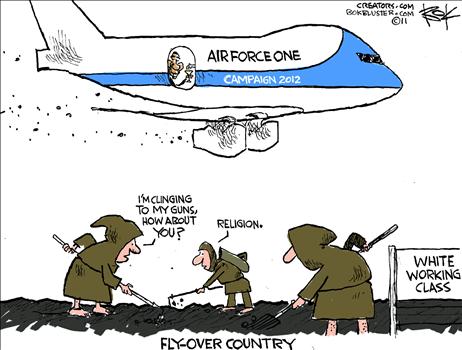 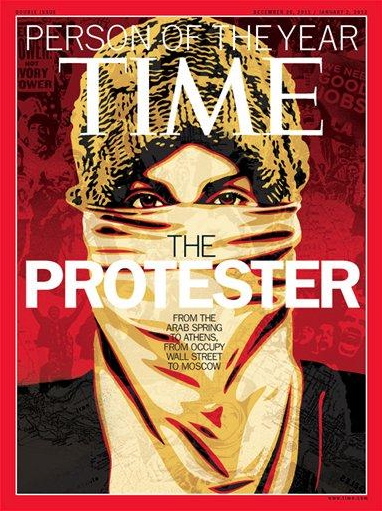 David Axelrod, “Campaign Strategist,” for President Obama’s re-election gang in Chicago, held a briefing for reporters Tuesday, and claimed that a lengthy Republican Presidential Primary process will actually hurt the party’s eventual nominee, according to an Associated Press article yesterday.

However, according to a comparison of older versus newer polling data–in all likelihood Axelrod and the Democrat party are actually praying for the longest possible process to occur.

According to Rasmussen Reports, at the beginning of the process Obama was beating the generic Republican candidate, “if the election were today;” but, on May 29, 2011, the tide turned, with Obama constantly losing to the generic Republican candidate by 2 to 8 points–according to December 11th poll results it is 47 percent to 42 percent, with the highest recorded difference 49 percent to 41 percent.

Even before the Republican hopeful field began to narrow, polling has shown that Mitt Romney has consistently tied or beat Obama for some time–which is why they have “geared” their campaign strategy, and mainstream media comments to “favor” Romney as their opponent.

Right now Romney defeats Obama 45 percent to 42 percent, one percentage point above the +/- 2 point margin of error; however…

The really bad news for Democrats will emerge once the primary process ends.

Once the Republican Presidential candidate is selected–all of the votes that were “divided up” between everyone’s “favorites” will consolidate behind the one “named” candidate.

In the end, it seems almost certain that the margin of voter preference for the Republican candidate over President Obama will greatly exceed the margin of error for the polls.

To add to Democrats misery, and cloudy political future, it appears the same thing has been happening on the “generic” Congressional level, as Republicans have always bested Democrats in Rasmussen’s weekly poll.

“A new Rasmussen Reports national telephone survey finds that 42% of Likely U.S. Voters would vote for the Republican in their district’s congressional race if the election were held today, while 39% would choose the Democrat instead,” according to Rasmussen Reports week ending December 11, 2011 poll.

Finally, these results are no surprise to anyone, except for those who only get their news from the mainstream media, which purposefully witholds an enormous amount of Obama negative news, in the hopes of accomplishing what it does for many–skews the view of him to the positive.

Here is the proof.

Rasmussen has developed a unique tracking model for President Obama called the “Presidential Approval Index,” which simultaneously presents the graphs of the president’s weekly “Strongly Approve” and “Strongly Disapprove” ratings, then shows the difference between the two ratings as the actual “index value”–plus is good and minus is bad.

However, within less than a month the index value began to decline, until it transitioned to a negative value in August 2009. From that point the index value became substantially negative, and beginning in September 2011, about the time that the U.S. debt rating was downgraded for the first time in our nations history, the value entered into double digits, where it has resided since, and is now registering at -17 points.

Unfortunately, President Obama and the Democrats are now, almost exclusively, engaging in skulduggery whenever they are before the media, because if they told the truth, it would be game over for them right now.

The best, most recent example was Debbie Wasserman-Schultz, the head of the Democrat National Committee (DNC), when she was being interviewed on Fox and Friends yesterday morning by Gretchen Carlson.

When Ms. Carlson was talking about the “tough road ahead” for Obama’s re-election, particularly because of the increased and stubbornly high unemployment rate since his inauguration, Ms. Schultz, with all of the incredulity that she could muster, said, right into the camera … “That is simply not true!”

It is clear the President Obama and the Democrats have decided not to let a disasterous record stand in the way of fabricating their own facts for the media.

The Honorable Elizabeth Letchworth stops by for her usual Wednesday chat about what’s happening on Capitol Hill. Now that it’s the Christmas season and Congress wants to get out of town… again, our elected class is working fast and furiously to check all the boxes before making their getaway.

Letchworth, owner-founder of GradeGov.com, will explain what Congress has done of late and why. And we’ll get her insights into what Congress has cooked up for us when they eventually return to the scene of the crime.

Make it appointment radio at 9 pm et. You’ll no doubt learn something about the Washington process. 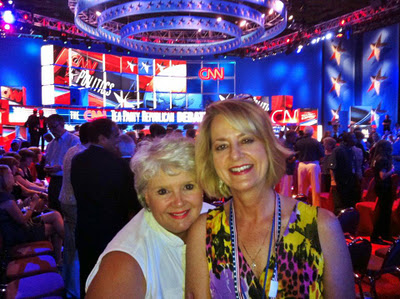