This past Tuesday, in a bipartisan vote, the House of Representatives passed a bill extending the payroll tax cut for employees, and an extension of federal unemployment benefits for those who were approaching the new 99 week maximum benefit period.

However, it included a dramatically shortened decision-making period for approving a permit for the Keystone XL Pipeline deal.

“The measure would give the Obama administration 60 days to decide whether to approve a permit for TransCanada Corp.’s proposed Keystone XL pipeline, which would carry crude from Alberta, Canada, to Southeast Texas refineries,” according to Jennifer A. Dloughy, in her article posted Wednesday on FuelFix.com.

Ms. Dloughy went on to report that proponents say Keystone XL would let the U.S. get more of the oil it needs from a North American ally instead of the Middle East, while simultaneously providing new transportation opportunities for currently land-locked oil produced in western states.

Further, a study commissioned by TransCanada estimated that 20,000 jobs could be created by the $7 billion pipeline project; however, other estimates put the number at around 3,000.

Armed with those job numbers, Republicans said that it makes sense to bundle the pipeline and payroll tax bills as a job creation package.

House Majority Leader Eric Cantor, R-Va., went further, challenging Obama to support the package … “The president said he wants to make sure that we create jobs, and he wants to be there for the middle class … [then] that’s what this bill does. It creates tens of thousands of jobs, if not more.”

Actually, it was President Obama who “hijacked” the pipeline deal…

On November 10, 2011, the U.S. State Department, who holds jurisdiction of any foreign country use of U.S. soil, which had been signaling an approval of the deal was imminent, released a statement saying that final approval of the $7 billion pipeline project would be delayed until early 2013–citing “environmental concerns” that required additional study.

Nothing could be further from reality.

Briefly, TransCanada Corp. had performed three different, independent comprehensive “Environmental Impact Studies” (EIS), on each of the three of the contemplated routes, which were submitted to the State Department, plus all seven White House Cabinet-level departments that would have input, and the governments of all six states through which the pipeline may run–beginning in March 2008–three months before Barack Obama was even elected president.

There were three additional, updated EIS submissions subsequent to that, one set with the original “Presidential Permit Application,” filed on September 18, 2008, a supplemental filing in July 2009, and the final 72 page set delivered in October 2010.

Here is what is truly going on in the White House…

1. The job claims are wildly inflated, and

2. Regardless, the price is too high, and

3. They say the pipeline would expand the market and demand for oil sands crude, which

As broken down from Ms. Dhouly’s article.

The only reason President Obama is trying to delay a decision on the “Oil” pipeline, until after the November 2012 elections, is not to preserve the votes of environmentalists–but, rather the flow of their campaign contributions and volunteers.

But, with a new AP-GfK poll finding that 60 percent of Americans want Congress to approve an extension of the payroll tax reduction, and a habitually high unemployment rate since May 2009, it would seem that Republicans have Obama ‘cornered’ on the Keystone pipeline deal.

This video is a compilation of Newt praising FDR multiple times over many years. 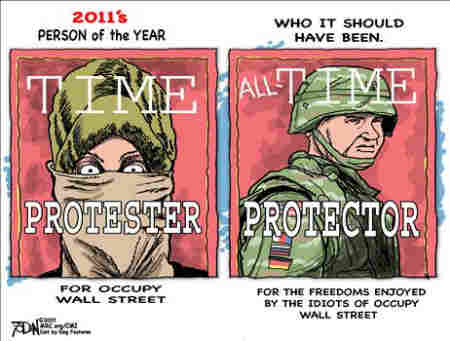 Canada has announced its intention to withdraw from the Kyoto treaty on greenhouse gas emissions (GGE), sandbagging the other signatories to the convention. The Kyoto protocol, initially adopted in Kyoto, Japan in 1997, was designed to combat global warming with the agreement allowing countries like China and India take voluntary, but non-binding steps to reduce their greenhouse gas carbon emissions.

China’s Foreign Ministry spokesman Liu Weimin said at a news briefing, “It is regrettable and flies in the face of the efforts of the international community for Canada to leave the Kyoto Protocol at a time when the Durban meeting, as everyone knows, made important progress by securing a second phase of commitment to the Protocol. We also hope that Canada will face up to its due responsibilities and duties, and continue abiding by its commitments, and take a positive, constructive attitude towards participating in international cooperation to respond to climate change.”

Xinhua, China’s state news agency, labeled Ottawa’s decision “preposterous, an excuse to shirk responsibility” and implored the Canadian government to reverse its decision so it could help reduce global emissions of GGEs.

Beijing’s comments are significant, not least because the PRC is currently the world’s biggest producer of GGEs after the U.S., but China has stalwartly insisted that the Kyoto Protocol remain the foundation of the world’s efforts to curb GGE emissions, which scientists maintain are a significant contributor to global warming. Pleading its special status as a developing nation China at the recently concluded climate change negotiations in Durban was granted an extension of the terms of implementing the Kyoto protocol until 2017 even as it bowed to pressure to launch later talks for a new pact to succeed the Kyoto protocol that would legally oblige all the big GGE producers to act.

UN climate chief Christiana Figueres opined in a statement released to the press, “I regret that Canada has announced it will withdraw and am surprised over its timing. Whether or not Canada is a party to the Kyoto Protocol, it has a legal obligation under the convention to reduce its emissions, and a moral obligation to itself and future generations to lead in the global effort.”

Even plucky Southern Pacific island nation Tuvalu weighed in with its lead negotiator Ian Fry bluntly stating in an e-mail to Reuters, “For a vulnerable country like Tuvalu, it’s an act of sabotage on our future. Withdrawing from the Kyoto Protocol is a reckless and totally irresponsible act.”

The silence from Washington on the issue was significant, as the United States Bush administration refused to sign the protocol, arguing instead that China and other big emerging emitters should come under a legally binding framework that does away with the either-or distinction between advanced and developing countries.

Toughing it out, Canadian Minister of the Environment Peter Kent stated that the protocol “does not represent a way forward,” adding that meeting Canada’s obligations under the Kyoto convention would cost $13.6 billion, asserting, “That’s $1,546 from every Canadian family – that’s the Kyoto cost to Canadians, that was the legacy of an incompetent Liberal government.”

Canada’s decision nevertheless has garnered a few supporters. Australian Minister of Climate Change Greg Combet has defended Canada’s decision, remarking, “The Canadian decision to withdraw from the protocol should not be used to suggest Canada does not intend to play its part in global efforts to tackle climate change.” One might note here that coal is Australia’s third largest export.

So, why the abrupt Canadian volte-face? Canada has the world’s third-largest oil reserves, more than 170 billion barrels and is the largest supplier of oil and natural gas to the U.S.

The answer may lie in Canada’s far north, in Alberta’s massive bitumen tar sands deposits, a resource that Ottawa has been desperate to develop. Since 1997 some of the world’s biggest energy producers have spent $120 billion in developing Canada’s oil tar sands, which would be at risk if Ottawa went green in sporting the Kyoto accords.

According to the Canadian Association of Petroleum Producers, more than 170 billion barrels of oil sands reserves now are considered economically viable for recovery using current technology. Current Canadian daily oil sands production is 1.5 million barrels per day (bpd), but Canadian boosters are optimistic that production can be ramped up to 3.7 million bpd by 2025.

So, what’s the problem?

Extracting oil from tar sands is an environmentally dirty process and the resultant fuel has a larger carbon footprint than petroleum derived from traditional fossil fuels, producing from 8 to 14 percent more CO2 emissions, depending on which scientific study you read.

So, Canada acceding to the Kyoto Treaty terms would effectively kill the burgeoning Canadian tar sands extraction industry. The Canadian tar sands already suffered a massive setback earlier this year when the Obama administration effectively sidelined the Keystone XL pipeline, which was due to transports tar oil production across the U.S. to refineries on the Gulf Coast.

So, Ottawa on the Kyoto convention has effectively drawn its line in the sand(s.)

Where things go from here is anyone’s guess.

Even wonk Stewart is saying ‘put the Gingrich down and back away.’