Ron Paul should be ashamed of himself over these remarks.

As The Other McCain put it, “The Tebow-ing is a bit odd. But if the students do it five times a day while facing Mecca, their chances of acceptance go up.”

Lynn Holland, who apparently teaches something called “comparative politics” at the University of Denver, says, “Tancredo misunderstands the fundamental nature of American citizenship.”

My offense? I urge Americans “to be proud of our Western civilization.” I say “Western civilization is our history.” And I warn that “The countries of Western Europe are being invaded by ‘Islamo-fascists,’ while here in the United States we face ‘multiculturalism’ that blocks immigrants from assimilating American values.”

My plea: guilty – along with the overwhelming majority of the American people. For example, 87 percent of Americans told Rasmussen Reports last year that English should be the official language of the United States. How multicultural is that?

Holland claims that “in this country, citizenship is not about cultural identity; it is about constitutional principles. From the beginning, Americans embraced a new definition of citizenship and a new process of naturalization that set the nation apart from its European heritage.”

Bunk. This is simply a myth invented by anti-national liberal intellectuals in hysterical reaction to the trauma of World War II.

In contrast, back in the 18th century the founders explicitly said, in the Preamble to the U.S. Constitution, that their purpose was “to secure the blessing of liberty to ourselves and our posterity” – their posterity, not the people of the world but the posterity of a specific, essentially British, community that – in the case of New England, for example – had grown rapidly through natural increase with essentially no immigration for nearly 200 years.

Similarly, John Jay’s first essay in The Federalist Papers, written as part of the campaign to get the Constitution ratified, explained that the federal experiment could work precisely because Americans were “one united people – a people descended from the same ancestors, speaking the same language, professing the same religion, attached to the same principles of government, very similar in their manners and customs … a band of brethren. …” [my emphasis]

So much for Holland’s contention that “from the beginning, Americans embraced a new definition of citizenship and a new process of naturalization that set the nation apart from its European heritage.”

In fact, the falsity of Holland’s claim is evident from her clumsy attempt to bury the embarrassing but devastating fact that the Naturalization Act of 1790 restricted citizenship to “free white persons.”

She blusters that this made the act “meaningless to African-Americans.” But in fact what it actually makes meaningless is her claim that the founders intended to “set the nation apart from its European heritage.”

Moreover, although it is possible to cherry-pick pro-immigration quotes from the founders, as Holland does, it is clear that on balance they were deeply skeptical of immigration. This George Washington wrote in 1794: “My opinion, with respect to emigration, is, that, except of useful Mechanics and some particular descriptions of men or professions, there is no need of encouragement.”

And in fact immigration remained very low until the late 1830s. This was one of many such lulls, both in number and in composition, in American immigration history. All have been crucial to the process of assimilation. Unfortunately, no such lull is in prospect now – given the demographic structure of the handful of Third World countries that have been able to monopolize legal slots, because of the perverse working of the disastrous 1965 Immigration Act.

This is no mere theoretical issue. Over time, Americans have widened the boundaries of their federal experiment and successfully admitted groups well beyond anything the founders envisaged. But always with extreme care.

When the influx appeared to be disproportionally Irish Catholic, in the 1840s, the response was the rise of the nativist American Party, which destroyed the Whigs, clearing the way for the Republican Party (which many “nativists,” ardent abolitionists, joined). But Irish immigration collapsed in the 1850s.

In the late 19th century, the influx appeared to be disproportionately Asian. That was cut off by legislation.

By the 1920s, the influx appeared to be disproportionately Southern and Eastern European. That was cut off by legislation too, in 1921 and 1924.

My own Italian family was affected by that legislation – as, perhaps, was Lynn Holland’s. But they accepted that Americans had the right to define their national community. And that is what I assert today.

Western civilization is indeed our history. I believe that any immigrant can assimilate to it – but only if we proceed with extreme care, not with Ms. Holland’s arrogant and dogmatic recklessness.

Ted Cruz is a Republican running for a U.S. Senate seat for Texas. He has a great video out, The Ghost of Obama’s Future. See it below. 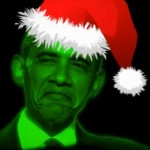 Mr. Cruz is a former Solicitor General of Texas, serving 2003 – 2008, the first Hispanic Solicitor General in the state and the youngest ever to serve in the U.S. Visit his website here and follow the links to his Facebook and Twitter accounts. I’ll have more on Ted Cruz after Christmas, who has already been endorsed by Senator Rand Paul. In the meantime, visit my Elections 2012 tabs under my banner for updates on the coming Senate, House, Presidential elections, and news on Primaries, Caucuses and Debates. 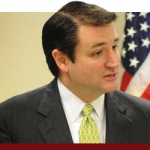 Thanks to Cathie Adams for the tip.

Democrats: Concession to GOP on Keystone will force Obama to kill pipeline