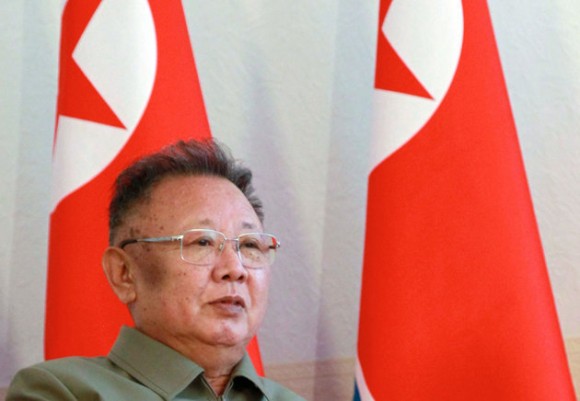 This past weekend, two stark reminders of the nightmare that communism was, and continues to be, left the world stage. These two people couldn’t be more different in their outlook and actions. One was Václav Havel, the Czech playwright, poet and intellectual, who spent years in prison, but whose willingness to stand up and tell the truth about the lies and brutality that were the essence of the Soviet Union and his own captive nation makes him a significant figure in the pantheon of those instrumental in defeating the Soviet Union. In 1993 he became the president of the Czech Republic. Here is a worthy obituary from The Telegraph.

My former associate Dan Flynn spent time in Havel’s prison cell in Prague in 2006, which was then a hotel room, reading some of his most powerful words, including the essay he was perhaps known best for, “The Power of the Powerless.” In it Havel wrote, “If the main pillar of the system is living a lie, then it is not surprising that the fundamental threat to it is living the truth.” I recommend Flynn’s moving tribute, “Reading Václav Havel from His Jail Cell,” in which he describes Havel’s strength, wisdom and courage.

Regarding Kim Jong-Il, he was the perfect embodiment of the lie that Havel sought successfully to expose. Why stop with the basic lie that described the economic system of the Soviet Union? The people pretend to work and the government pretends to pay them. Besides Kim’s utterly ridiculous fabrications, such as that the first time he went out to play golf, he shot 38 under par with 11 holes in one, the existence under his regime was utter depravity, and millions died because of his man-made famines. A good description of his combined madness and megalomania can be found in this Telegraph article titled “50 fascinating facts: Kim Jong-Il and North Korea.” And from 11Points a more or less humorous list of the “11 Craziest Kim Jong-Il Moments.”

I wrote about an ABC Nightline visit in 2005 to his so-called “Hermit Kingdom” in which getting access to the country led to one of those relatively sympathetic portrayals of both the man and the country, while suggesting that North Korea’s plight was, yes, at least partly George W. Bush’s fault. Or at least a byproduct of his foreign policy. Here is part 1 and part 2 of my commentary on Nightline’s coverage of their visit to N. Korea.

When former national leaders such as Augusto Pinochet of Chile or Anastasio Somoza of Nicaragua were referenced in the mainstream media, it was almost always as “right-wing dictators.” Yet Kim was rarely referred to as a “left-wing dictator.” Virtually everyone in North Korea was being forced to live a complete lie, a defining characteristic of a totalitarian communist government. It is not, to each according to his needs, from each according to his ability. It is an Orwellian nightmare of brutality, dishonesty, propaganda, and a complete lack of freedom, in exchange for subsistence, except for the millions who died in the “famines.”

According to the remarkable book, The Black Book of Communism: Crimes, Terror, Repression, North Korea ranks fourth in terms of the number of people killed in one form or another by Communist regimes during the 20th century. China ranks first at 65 million, 20 million by the Soviet Union, two million by Cambodia, and two million by N. Korea.

In 2007 I produced a 30-minute video for AIM that covered the unveiling of the Victims of Communism Memorial in Washington. As of today, we are posting it online, and you can view it here. It includes comments by Rep. Dana Rohrabacher (R-Cal.), former Rep. Tom Lantos (D-Cal.), and former President George W. Bush.

On Tuesday, December 20, 2011, Congressman Labrador (ID-01) addressed the U.S. House of Representatives and explained his support of convening a conference committee to extend the pay roll tax cut holiday and unemployment insurance.

Proud of Labrador, who is from my state of Idaho. He has staunchly supported the Constitution and has told the truth every time he has gotten a chance to speak.