In one of his most blatant acts of audacity, President Barack Obama will petition Congress for even more executive power. He wants the ability to “single-handedly” fast track making efficiency changes to government agencies and departments–under the banner of reducing expenditures and the deficit, according to an Associated Press article today.

A “senior administration official” said the first such “test case” would be the six agencies of the Commerce Department, including the Commerce Department’s core business and trade functions; the Small Business Administration; the Office of the U.S. Trade Representative; the Export-Import Bank; the Overseas Private Investment Corporation; and the Trade and Development Agency.

The goal would be to have one agency designed to help businesses thrive.

President Ronald Reagan was the last Commander-in-Chief to have such power, nearly 25 years ago. In this case, Obama will label it “consolidation authority”, through which he could propose agency and department mergers that ‘promise’ to save money and help consumers.

After that, Congress would then have to decide whether to approve any of his specific ideas with an up or down vote within 90 days.

Now, here is where the article moves from reporting–to cheerleading for Obama.

“In an election year and a political atmosphere of tighter spending, Obama’s motivation is about improving a giant bureaucracy — but that’s hardly all of it.

To voters sick of dysfunction, Obama wants to show some action on making Washington work better. Politically, his plan would allow him to do so by putting the onus on Congress and in particular his Republican critics in the House and Senate, to show why they would be against the pursuit of a leaner government.”

Obama also has an imperative to deliver. He made a promise to come up with a smart reorganization of the government in his last State of the Union speech. That was nearly a year ago.”

The administration said the merger would save $3 billion over 10 years by getting rid of duplicative overhead costs, human resources divisions and programs.

The [senior] administration official presented Obama as the CEO of an operation who should have more power to influence how it is designed.

This is simply a smokescreen to camouflage another “power grab” for Barack Obama, regardless of how dutifully the AP captured the propaganda from the “senior administration official.”

If Obama had really wanted to reduce the budget deficits, he would have started by actually creating and passing a budget that would accomplish that goal–but he hasn’t, in over 900 days since taking office.

As to the “dysfunctional Congress,” it is an illusion, concocted in collaboration between President Obama and Senate Majority Leader Harry Reid (D-NV) of the Democrat-controlled Senate. The Senate, no doubt under Obama’s guidance, has procedurally “frozen” more than 30 House bills that would provide private sector job creation and fiscal soundness. Equally important is the fact that they have refused to even consider serious reform of the entitlement programs that are bankrupting the nation.

President Obama bragging about a $3 billion savings over 10 years from this new gambit is almost an insult, as Democrats are addicted to borrowing and spending (because tax revenue can’t keep up with it), raising the debt-ceiling by an average of $2 trillion per year.

And thanks to his request yesterday, for an additional $1.2 Trillion increase in the debt-ceiling–without any of the agreed to spending cuts from the ‘designed-to-fail’ Super Committee materializing–it is only going to get worse.

Finally, as far as President Obama being “…a CEO of an operation who should have more power to influence how it is designed,”–it is the very lack of his having such sweeping power, for which we should all be eternally grateful, that has prevented his irrevocable destruction of the United States, during his brief, and final, tenure.

From Big Government, by Trevor Loudon

There has been some speculation that Heather Higginbottom, Deputy Director of the White House Office of Management and Budget, may get the top job, as her boss, Jack Lew, leaves to become President Obama’s chief of staff.

Before Ms. Higginbottom is considered for one of the key posts in the U.S. government, maybe she should be asked to explain this photo from October 30, 2001. Jack Clark, at the time, was Boston D.S.A. Chair, William Julius Wilson  was a long time D.S.A. member and Bob Haynes was President of the Massachusetts AFL-CIO, with which D.S.A worked “frequently.”

The Boston D.S.A. logo can be seen on the wall in the center right of the picture.

One of the panelists in the Boston forum, William Julius Wilson, incidentally addressed another D.S.A. forum in Chicago, 5 years before.

Over three hundred people attended the first of two Town Meetings on Economic Insecurity on February 25. in Ida Noyes Hall at the University of Chicago. Entitled: “Employment and Survival in Urban America,” the meeting was sponsored by the UofC DSA Youth Section, Chicago DSA and University Democrats.

That is the only confirmed incident of Obama’s direct involvement with D.S.A. per se, while he lived in Chicago.

Obama was at the time however close to several known D.S.A, members in Chicago, including his personal physician and mentor in socialized healthcare Quentin Young, his neighbor and friend Rabbi Arnold Jacob Wolf, his friend and political mentor Timuel Black and his political allies Saul Mendelson and Reps Jan Schakowsky and Danny Davis.

Since entering office, President Obama has appointed several D.S.A. connected individuals to influential positions in his administration, including:

If  Heather Higgingbottom is indeed promoted, will it be another hat tip to Obama’s Marxist D.S.A. comrades? Will it be yet another case of socialist nepotism, so rife in the Obama Administration?

Perhaps Ms. Higginbottom, could restore confidence in her office by publicly explaining the exact nature of her relationship to Democratic Socialists of America. Li Yuanchao, a member of the Political Bureau of the CPC Central Committee, led a senior delegation to attend the ANC’s centenary celebration ceremony in the central city of Bloemfontein.

On behalf of the CPC, Li on Sunday conveyed the warmest felicitations and comradely greetings to the ANC centenary.

He positively appraised ANC’s glorious history since its establishment and wishes ANC more success in furthering the national democratic revolution.

Li said that the CPC and ANC have forged a profound traditional friendship and the inter-party friendship has become the political cornerstone for relations between South Africa and China.

He also expressed the willingness to deepen cooperation between the two ruling parties for the benefit of the two peoples.

ANC is Africa’s oldest liberation movement which was formed in 1912 in Bloemfontein.

It has become South Africa’s governing political party, supported by its tripartite alliance with the Congress of South African Trade Unions and the South African Communist Party, since the establishment of non-racial democracy in the country in April 1994.

South Africa was always a major target of the international communist movement, controlling as it does, the highly strategic Cape of Good Hope and massive mineral reserves.

One more chess piece in place in the long term strategic strangulation of what’s left of the West. 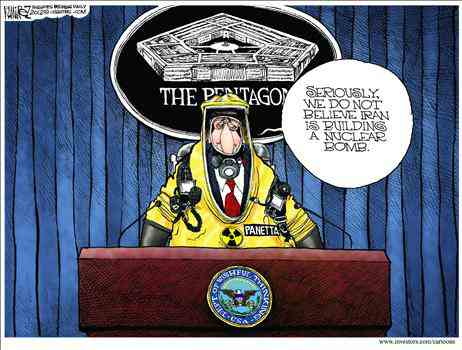 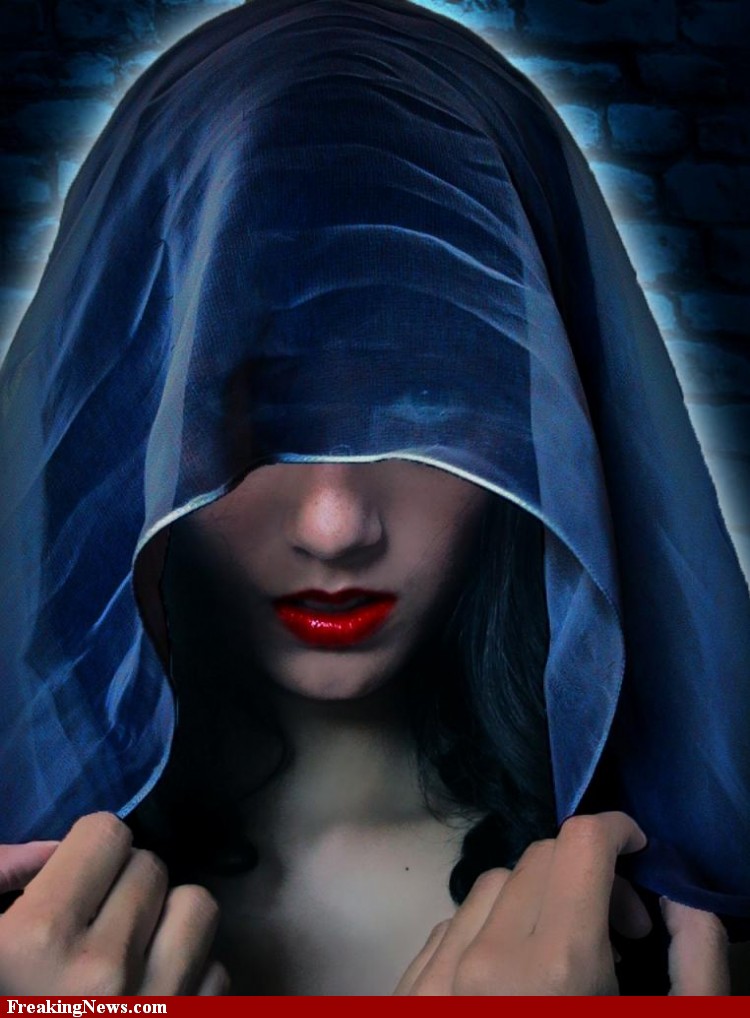 The Council has spoken, the votes have been cast and the results are in for this week’s Watcher’s Council match-up of 2012, carved eternally in the Akhasic records of cyberspace.

This week’s winning essay, Joshuapundit’s The Tale Of The Swine, is a cautionary tale about… well I think you’ll figure it out for yourselves. Here’s a slice:

Once there was a tribe of wild pigs who lived in a remote area of the woods.

As anyone who’s spent time around pigs will tell you, they are by no means the most unintelligent of animals, and these pigs had learned to adapt quite well to their circumstances. They had fashioned dens and had gradually learned to piece together a tribal law that allowed them to work as a group when necessary to ensure an adequate if not over generous food supply, care for their young and defend themselves against any natural predators. In their little corner of the woods, they were pretty much the dominant species, and were reasonably content.

One day, a pig named Andy went missing. The others searched for him throughout their part of the forest, but they were unable to find him no matter where they looked. Andy’s fate became a major topic of conversation among the pigs. It was totally unheard of for one of them to simply disappear like that.

The pigs didn’t quite keep track of time beyond the seasons, but still by their reckoning it was some time before, to their astonishment, Andy reappeared as the leaves were turning color.

The pigs were ecstatic to see their lost tribe member returned to them..and even better, in what appeared to be rip roaring good health.

Most of the wild pigs tended to lose some weight as the weather started to turn colder and food became scarce and harder to find, but Andy was sleek, fat and obviously had been living, if you’ll pardon the expression, high on the hog. His bristles and hooves were clean, his eyes shone brightly and he was as happy as a pig in – well, you know. And much to the other pig’s surprise, he had a pretty red collar around his neck, something none of them had ever seen before.

“Wherever have you been Andy?” the other pigs asked. “We looked everywhere for you.”

“Oh, I can’t wait to tell you”, said Andy. “I’ve discovered something wonderful.”

“You know, I was chasing down some berries I smelt over by the oak trees over by our eastern border, you know the place. Well I ended up going a little past our bounds and what bad luck! I wasn’t paying attention and got my left rear trotter lodged in a tree root.”

“I tried and tried, but I couldn’t get free and I thought I might die there. But then the most marvelous thing happened. A man heard my squealing, came through the underbrush and set me free.”

In our non-Council category, the winner this week was an interesting piece by Fred Seigal and Joel Kotkin in The City Journal, The New Authoritarianism submitted by Bookworm Room. It’s an interesting look at the widening divide between President Obama and the increasingly authoritarian ‘progressives’ that support him and the rest of the more center right electorate.

Here are this week’s full results. Only New Zeal was unable to vote this week and was affected by the 2/3 vote penalty: