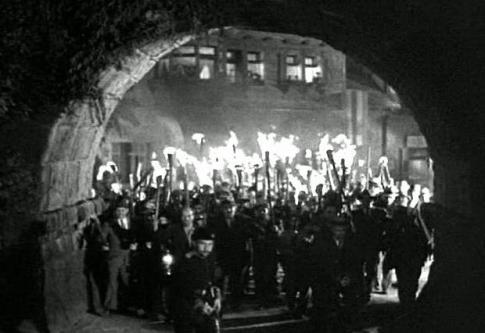 The Overton Window, in political theory, describes a “window” in the range of public reactions to ideas in public discourse, in a spectrum of all possible options on a particular issue. It is named after its originator, Joseph P. Overton, former vice president of the Mackinac Center for Public Policy.

At any given moment, the “window” includes a range of policies considered to be politically acceptable in the current climate of public opinion, which a politician can recommend without being considered too “extreme” or outside the mainstream to gain or keep public office. Overton arranged the spectrum on a vertical axis of “more free” and “less free” in regard to government intervention. When the window moves or expands, ideas can accordingly become more or less politically acceptable. The degrees of acceptance of public ideas can be described roughly as:

The Overton Window is a means of visualizing which ideas define that range of acceptance by where they fall in it. Proponents of policies outside the window seek to persuade or educate the public so that the window either “moves” or expands to encompass them. Opponents of current policies, or similar ones currently within the window, likewise seek to convince people that these should be considered unacceptable.

Other formulations of the process created after Overton’s death add the concept of moving the window, such as deliberately promoting ideas even less acceptable than the previous “outer fringe” ideas, with the intention of making the current fringe ideas acceptable by comparison.

I look at the current crop of conservative candidates from which we have to choose and I can’t help but think, is this the best we can do? Really?? The most conservative of the lot that also believes in our military and protecting the US is Rick Santorum. He’s still my candidate and I pray fervently that he will prevail and win the nomination. But the odds are against him. The two front runners are both Progressives and it just makes my stomach ache to think of pulling the lever for one of them, all in the name of saving what is left of America from full-blown Marxism. It’s depressing.

What we would have considered taboo and a fatal nominee flaw a few years ago, is suddenly okay evidently. Sex in the White House? Not a problem… Cheated on your wife and divorced? Not a problem… Buddy around with known radicals and Marxists? Definitely not a problem… And the Overton Window slides inexorably to the left. What has happened to us? We were once the greatest nation on the planet. We had a robust economy, a strong military, a Christian ethic, strong morals, a rich history and leaders of whom we were proud. Now? Well, we have an economy that is close to a Weimar moment. Our leaders have gutted our military. Christianity is being systematically destroyed and vilified. Morals seemed to have been replaced by an entitlement mentality. Our history is being rewritten and erased. Our leaders are corrupt, gutless, spineless, knee scrapers, who only care about themselves and their personal pocketbooks.

And now comes the 2012 election circus and you can already hear the politicians crying that ‘he won’t stop touching me!‘ In a political tantrum, exhibiting brain damage, that is an unfunny parody of a Bill Cosby skit, replete with numerous and vociferous claims of ‘I don’t know!‘

The stupid and the lame give way to the ridiculous and extreme during this dance of the Progressives. And Americans sit there confused, apathetic and depressed while the elites do a jig on the Constitution and rob us blind during intermission between emergencies and elections. As our elected mob haggles over how best to control us, while enslaving us and getting us to behave, the anger among the majority of Americans (who by the way are conservative) is building and building…

Words that you didn’t hear a decade ago are being bandied about, such as treason and revolution. The whispers of unrest are getting stronger and the American boiling pot is about to explode. We all feel it if we are honest with ourselves. Many believe we won’t even make it to the next election, especially since there is an excellent chance the Marxist in Chief won’t be reelected. Any emergency will do and the Progressives have a whole list of possibilities to choose from. None of them good for you or me.

All the while, the establishment RINOs keep telling us that no matter what crappy candidate they choose, we have to vote for them or the world will end. The RINOs are Progressives on the right and gee, they just don’t sound that much different than the left. And I’ve just about had enough of that crap sandwich. But the third party guys aren’t much better and would almost certainly get Obama reelected. A death sentence for the Republic – no doubt about it. But as I said before, I may not like the choices, but I’ll vote for an old shoe before I vote to get Obama reelected. Whatever it takes.

It is in times such as these that revolutions are born. Don’t be fooled by the Occupy movement. They are meant to create strife and chaos to help the current administration. Most of what the left says, they mean the exact opposite.

But as a friend said tonight, you can only push Conservative America so far before they’ve had enough. And baby, we are just about there. America, she’s a-cookin’ and if things don’t change – and soon – there will be a hot time across the land and this is one party we could really do without.

If there is to be a conservative revolution in this country, we need a leader who not only knows how to balance a budget and cut spending, but one who has a spine and is willing to stand toe to toe against our enemies – foreign and domestic. Someone who is not politically correct. Someone who is moral and will do the right thing no matter the cost. America’s waiting – I hope he shows up soon.

Revolutions begin with an open contempt for and anger at the existing order. The left knows that. It is why it fears talk radio and populism more than it fears the latest set of dapper gatekeepers we send to the Senate. The contempt and anger are here, the more they go public, the more the power of the left is shaken. And the next step is to expand the cultural war to a specific disrespect and hostility for the values and sacred cows of the left. Then to challenge their institutions and regulations. And then real political change can begin with candidates who are revolutionaries because they believe it, or because they are operating under a new paradigm that is outside the left’s manufactured consensus.

Most of the elements are already in place. The consensus establishment is making its last stand, but it is fading. It is now a race between shaping public anger into a vehicle for political change and the speed at which the left is transforming and fragmenting the country to prevent a political revolution of the right from ever coming about. May we be swift for if the left wins the race then it is the end of America.

One way or the other, from the left or the right, we are moving towards revolution. The concept of revolution is now clearly inside the Overton Window. We’ve already gone down the crazy road and now we are heading for the cliffs. May Conservative America fight with all their might to win this struggle for the heart and soul of the Republic.

29 thoughts on “Revolution Moves Into The Overton Window”