**Attention Patriots: What happened over the last few days in Las Vegas will NOT be staying in Las Vegas. Lloyd Marcus–Chairman of The Campaign to Defeat Barack Obama has an important message for you about that Vegas meeting. As Co-Chair of CTDO, Andrea Shea King was in attendance, I’m proud to say. Here’s Lloyd Marcus’ message to all of you:

My friends and fellow patriots – I am delighted to share with you a bit of a political secret. The past few days a team of conservative leaders, tea party activists and Republican political experts have gathered for an important series of meetings and strategy sessions.

The purpose of these fantastic planning sessions: to plot the DEFEAT of Barack Obama and elect constitutional conservatives to Congress. It has been an amazing few days. Here is one of the pictures from these strategy sessions: 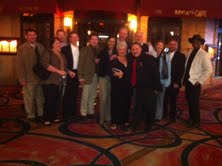 One of the great things about the team we have at The Campaign to Defeat Obama is that everyone gets the point that it’s not just about changing a “D” to an “R” – it’s about electing true constitutional patriots to office.

So many people have told us they have concerns about one of the potential Republican nominees. And we understand those concerns – none of the candidates are perfect. What that should underscore for us is this simple point: beyond just defeating Barack Obama we must ensure we elect good conservative constitutionalists to Congress – to serve as a check on whoever is president.

We need to stop the out-of-control spending. It just never ends – more debt ceiling increases, more new government programs, more growth in the size and power of government. The political establishment likes the growth in government because it means there is more of the pie for them to divvy up and stake their claim to.

But the American people suffer as a consequence. We lose our freedoms and our liberties. We impose massive amounts of debt on our children’s generation, tying their hands and making them dependent upon the Chinese and European bankers who will want them to pay back all the money we have been borrowing for the past few years. 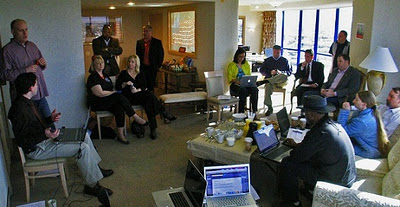 Above: One of the breakout work sessions.

If we, the American people, can team up and work together we can bring about real change – a return to the principles that made this country great. We can end the deficit spending, we can stop the growth in government, we can reverse the erosion of our freedoms and liberties.

But, we can’t do it unless we all work together.

Over the next few weeks we are going to share more with you about the efforts that have taken place over the past few days here in Las Vegas. One thing you need to know – when it comes to our effort to defeat Barack Obama and elect a conservative Congress, you can be sure that what has happened in Vegas the past few days won’t stay in Vegas. We’re taking the fight for our future to battlegrounds all across this great nation, and we will be honored to have your support in this critical endeavor.

Should you decide you want to support our efforts, we would be thrilled if you could make a contribution to fund our campaign. Barack Obama will have $1 BILLION. We need as many Americans to contribute $10, $25, $50, $100 or any amount up to the maximum allowed $5,000.

Again, thank you all for helping to make this such a historic and successful day for our efforts to DEFEAT the RECALL. As always, if you prefer you can mail in a contribution to our headquarters: 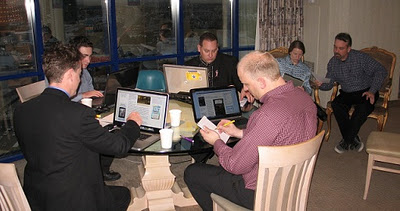