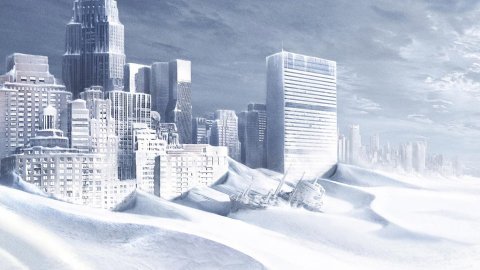 A terrifying new concept has recently reemerged in the global climatology fight and the clarion call is heralded by a book that Zombie just read: The Weather Conspiracy: The Coming of the New Ice Age.

Just another ploy to spread global Marxism – we just HAVE TO do the following (rinse, repeat and gag):

Sound familiar? Al Gore rides again in perpetuity evidently and has mated in an unholy alliance with Cass Sunstein and Progressives worldwide to force us into one global collective hell. Not surprised in the least. Zombie’s view of the whole scenario says it best:

In order to weaken and eventually destroy the existing industrialized nations, we must devise an ecological “crisis” so severe that only voluntary economic suicide can solve it; and if this first crisis doesn’t materialize as planned, then devise another, and another, even if they flatly contradict our previous claims.

These elitists will not stop until they have a crisis that we all must submit to so they can have their way with us and grab the power and fortune they have dreamed of, while putting the riffraff worldwide in their place as subjugates once and for all. A New World Order of slaves and a ruling class – ride the Wayback Machine to medieval times, only on steroids with a heaping side of eugenics for all.

Read Zombie’s latest: The Coming of the New Ice Age: End of the Global Warming Era? Bad dreams in the night of a purposely created disaster/emergency to force Americans to their knees, haunts me on a nightly basis. You can only look at evil so long before it takes its toll.

7 thoughts on “Bad Dreams In The Night”