Today is Ronald Reagan’s Birthday. Boy do we need someone like “The Gipper” in the White House, but this election cycle doesn’t have much in the way of a true conservative on the menu. John Ruberry of Marathon Pundit has put together a wonderful post about Reagan’s birthday. Happy Birthday, Mr. President! 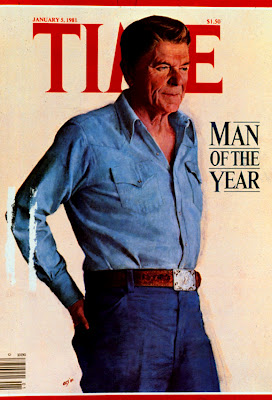 Over the weekend I was privy to an email thread dealing with the presidential elections. I was amazed at many of the comments. Here’s the deal–my opinion–for this go-around: Mitt will be the republican nominee; Obama will be re-elected. If the MSM is completely stacked against you, then you will lose most times. This “my friends” is one of those times. Deal with it!

Also much talk over the weekend about Obama’s eligibility case in Georgia. The decision was horrendous as well as frightening, and is direct evidence that this nation of ours no longer has a justice system. We now operate with just two branches of government, with one of those branches owning the other. So if you do the math on that proposition, we really operate with one just one branch of government… and his name is Obama. If you’re not scared yet, then you’re plain stupid. The Radio Patriot has the details.

As of this writing, we’re still not sure if we’ll be having an Andrea Shea King Show this evening. Andrea was traveling across the Fruited Plain recently, Tea Party Express–Florida, and caught herself a cold–a whopper, so she’s not completely up to par. We’ll see how it plays out as the day goes on.