As if we needed a reminder that America has a unique two party system—“the evil party and the stupid party”—Republican House Speaker Boehner has provided it yet again. He is blocking a floor vote on a bill that could create a million or more jobs –and at no cost to taxpayers.

That Boehner thinks this is smart politics tells you all you need to know about the bankruptcy of Beltway Republican strategic thinking.

The Legal Workforce Act, H.R.2885, would require all employers to use the federal E-Verify program to identify fake or stolen Social Security Numbers used by illegal workers. Participation by employers would be phased in over a two year period. The program is largely self-enforcing because the list of participating companies is posted on the Homeland Security Department web site and updated quarterly.

Over 300,000 employers already participate in this Social Security Number verification system at over 1,000,000 worksites. The program has an error rate of less than 1%. Currently the E-Verify program is required for most companies doing business with the federal government, and it is required of all employers in a half dozen states. In Colorado, companies doing business with state agencies have been using the program since 2006.

After extensive public hearings, last September the Legal Workforce Act was voted out of the House Judiciary Committee and then sent to the House Ways and Means Committee. It has languished there ever since.

This important bill – which has 74 cosponsors – is being buried by Speaker Boehner and the House Republican leadership: they have ordered the Ways and Means chairman to sit on the bill indefinitely. Translated, that means do not allow the bill to be sent to the floor for a vote.

What is behind this sabotage of a bill that is a keystone of an immigration enforcement agenda supported by 80% of all Republicans and 70% of independents? At a time of over 8% unemployment nationally, who is opposed to a system that helps guarantee that scarce jobs go to citizens and other legal workers? What’s going on? 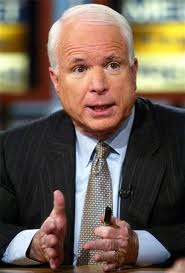 Blocking H.R.2885 is only the latest example of Beltway Republican hostility to the immigration enforcement movement. When John McCain and his open-borders allies could not get their amnesty bills passed in 2006 and 2007, they resolved to block any meaningful legislation aimed at border security or interior enforcement. They were not able to block the Secure Fence Act of December, 2006, but they did succeed in amending and sabotaging it in the Senate Appropriations Committee in 2007. So, the double fence it authorized for 700 miles of the southwest border was never built.

These supposedly brilliant Beltway strategists and pundits have strangely overlooked what happened in 2010: Every single Republican elected to an open seat in either the House or Senate in that magnificent landslide ran on a pro-enforcement platform!

It is well established in poll after poll, including the polls sponsored by the liberal Pew Hispanic Center, that Hispanic voters do not put immigration issues at the top of their list of vital concerns. Ironically, this is well illustrated by Obama’s failure to expand his Hispanic support despite his shameless pandering to the National Council of La Raza through the administrative amnesty program.  Obama’s support among Hispanics has actually declined from the levels of 2008.

What lessons should Republicans draw from Obama’s pandering? That Republicans should imitate Obama? Do they hope to out-pander the Master Panderer?

In reality, Republicans have nothing to lose and much to gain by advancing a pro-enforcement agenda with features like mandatory E-Verify for employers, an end to automatic citizenship for children born to illegal aliens and tourists, and genuine border security. First, that agenda is good for the country, and then it’s smart politics as well. Is that formula too complicated for the Beltway Republicans like Speaker John Boehner?

Let’s not be naïve. Nothing will change the minds of these Nervous Nellies. They need to be replaced.

We need more than a new occupant at 1600 Pennsylvania Avenue. Republicans need new leadership in the Senate and the House as well. The debacle of the stalled Legal Workforce Act is only one more piece of evidence in a long train of stupidities and betrayals by Boehner and his crew.

4 thoughts on “Why is Boehner Blocking Immigration Enforcement Bill?”