In the video below, Mark Levin makes the point that Ron Paul’s ads all criticize the only true Conservatives in the race. If Paul is so conservative, as Libertarians claim he is, and he claims he is, why is he spending his money attacking everyone but the moderate – Mitt Romney? See the video below. UPDATE 1-23-12: Maybe the question of what Mitt has offered Paul has been answered. See it below. 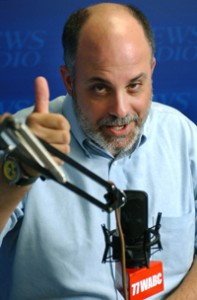 “Has Ron Paul ran any ads or spent a significant amount of money attacking Romney? Don’t you find that odd? This connection, this relationship? It’s weird. I’ll put this question out? What has Romney promised Ron Paul?”

GulagBound has other pertinent questions about the Paul campaign. Because I haven’t followed these angles, please read them at GulagBound. They are worth a read.

Now, a Kentucky media outlet, WFPL News, might be offering us a clue

Kentucky’s junior senator says it would be an honor to be considered as a possible running mate for Republican presidential candidate Mitt Romney.

… After a speech in Louisville today, [Sen. Rand] Paul held that door firmly open, saying he wants to be part of the national debate.

… “I don’t know if I can answer that question, but I can say it would be an honor to be considered,” he said.

The most recent and very controversial Obamacare edict, which began as an attack on religious freedom, was quickly modified by President Obama, after intense international pressure, to now “force” group employee health insurance plans to provide contraception products–free of charge–is more like a twist on a well known criminal business model.

When more and more people become addicted to drugs, it results in the drug dealer making more money–from what becomes a very “loyal” customer base.

It all starts with the drug dealer “giving” them product–in order to get them hooked.

In this instance, the President Obama is doing essentially the same thing, playing the role of the “pied piper” of free birth control, under the banner of “women’s health rights” and “access.”

This is not insurance–it is “buying” millions of monthly “claims,” which WILL result in higher health insurance premiums for all customers, at a time when those premiums are so high they can be equal to an average mortgage payment!

This is, without a doubt, “wealth redistribution” by any other name.

And, exactly like a drug dealer, Barack Obama is quite happy to transform otherwise bright, independent women into federal government benefit addicts–beholden to the Democrat Party–lest they be cut off from their free supply.

Maybe these women don’t really get the full picture.

This is nothing more than the federal government forcing insurance companies to confiscate money from these women’s neighbors–to be able to give them something for “free.”

To prove the point, any woman who would seriously question this to be anything other than a form of political prostitution, should go to their neighbor’s front door, and then have the courage to ask each of them, face-to-face, if they would mind giving them money straight out of their pockets to pay for the women’s monthly birth control.

If any of their neighbors answer in the affirmative–without any reciprocal strings attached–then, by all means, I recommend they take President Obama up on his offer.

However, I suspect that none will–especially after the thousands of tweets President Obama received recently, from people all across the country describing how devastated they would be with the loss of $80 per month, if the “Payroll Tax Holiday” was not extended.

Further, it is not necessary for President Obama to provide “access” to birth control for any woman–it has been freely available since 1953–longer than he has been alive.

The only thing Barack Obama wants to do, is to “enslave” the greatest number of women in his evolving “socialist” federal government, sealed by their vote for him on November 6, 2012.

But, just like a drug addict, once the woman loses her self esteem and dignity–everything else would soon follow–including the future of America.