Read more at The Hot Joints…

President Barack Obama’s recent behavior is either an attempt to write off any remaining votes that he may have expected from the U.S. military, or simply have them “self-migrate” into Obamacare, by using his presidential force majeure.

The Washington Free Beacon reported today that contained within the 2013 Department of Defense budget, submitted by Secretary Leon Panetta, projecting $487 billion in game-changing cuts, is a provision which proposes increases in health care payments by service members, which seeks to reduce the Tricare [military] medical system $1.8 billion in 2013, and a total of $12.9 billion by 2017.

To achieve the budget cut goals requires substantial Tricare annual premium increases of between 30 to 78 percent in the first year; after which, the plan will impose five-year increases ranging from 94 percent to 345 percent–3 times greater than current levels.

According to congressional assessments, a retired Army colonel with a family currently paying $460 a year for health care will pay $2,048.

“We think it’s absolutely wrong,” Beasley told the Free Beacon. “This is a breach of faith” for both the active duty and retiree communities.

The Veterans of Foreign Wars called on all military personnel and the veterans’ community to block the healthcare increases.

“There is no military personnel issue more sacrosanct than pay and benefits,” said Richard L. DeNoyer, head of the 2 million-member VFW. “Any proposal that negatively impacts any quality of life program must be defeated, and that’s why the VFW is asking everyone to join the fight and send a united voice to Congress.”

As could be expected from an Obama administration budget, there are no such changes for unionized civilian defense workers’ benefits–a disparity that is causing a major backlash within the Pentagon that could undermine recruitment and retention, according to officials.

Chairman of the Joint Chiefs of Staff, Gen. Martin Dempsey, was compelled to issue a statement Feb. 21, in response to the pushback coming from military personnel from all over the world.

“I want those of you who serve, and who have served, to know that we’ve heard your concerns, in particular your concern about the tiered enrollment fee structure for Tricare in retirement,” Dempsey said. “You have our commitment that we will continue to review our health care system to make it as responsive, as affordable, and as equitable as possible.”

However, Obama administration officials have told Congress that one goal of the increase in soldiers fees is to force military retirees to reduce their involvement in Tricare and eventually opt out of the program–in favor of alternatives established in the 2010 Patient Protection and Affordable Care Act…aka Obamacare.

“When they talked to us, they did mention the option of healthcare exchanges under Obamacare. So it’s in their mind,” said a congressional aide involved in the issue.

A congressional aide involved in the process framed it this way … “Would you stay with a car insurance company that raised your premiums by 345 percent in five years?

Would anybody accept their taxes being raised 345 percent in five years?

Although Barack Obama may believe this is a very clever plan, with the fate of Obamacare in the hands of our Conservative-leaning Supreme Court this summer–its’ future is as doubtful as his precarious reelection bid.

What you are about to see in this video is Nancy Pelosi (D-CA) spearheading HC Res 353 on the House floor to pursue United Nations (UN) Agenda 21. She calls out “Agenda 21” twice and clearly states that it is the “United Nations Sustainable Development” program.

Advance to 11:43:30 on the video and watch until 11:51:48. Representative Eliot Engel (D-NY) speaks first, Nancy Pelosi speaks next and WM Broomfield (R-MI) speaks last. They all use the term “Agenda 21” and they all state it is from the “United Nations.”

The bill is described on the House floor as follows:

H.C.Res. 353: A bill to expressing the sense of the Congress that the United States should assume a strong leadership role in implementing the decisions made at the Earth Summit by developing a national strategy to implement Agenda Twenty-One and other Earth Summit agreements through domestic policy and foreign policy, by cooperating with all countries to identify and initiate further agreements to protect the global environment, and by supporting and participating in a high-level United Nations Sustainable Development Commission. [Emphasis added]

There is simply no other way to state this… Progressives lie. Their continuous denial that UN Agenda 21 exists defies their own words; it exists, they know it and they were the ones pushing it – by name.

We know there are Progressives on both sides of the aisle, so it is not surprising that they have a Republican stooge (WM Broomfield) on their side.

In the past twenty years, they have come a long way. Agenda 21 is being implemented by the International Council for Local Environmental Initiatives (ICLEI) throughout our country. To find out whether they have invaded your city/county, ICLEI Global Members provides the list. Notice that the United States has the largest number of Agenda 21 geographic locations of any other participating country. Other countries continue to mine and drill for their natural resources, but Obama chokes off access to our resources. If you do not believe it, go to your local gas station and check out the price of gasoline. It was $1.83 per gallon when Obama took office.

A key feature of Agenda 21 is to end property rights in our country and justify/mandate control of where and how we live and work. It is also a redistributive program whereby it transfers America’s wealth to the UN oligarchy and other countries as it diminishes our way of life to that of a third world country.

By design, Agenda 21 requires the death of free market capitalism. Why else would Obama continue to destroy our free market system, place more and more private industries and land under government control and broaden Crony Capitalism? Agenda 21 is a vehicle to achieve a transformation of America into something else that will be run by a global oligarchy.

If you think Conservatives are the only ones who are aware and fighting against implementation of Agenda 21, think again. Check out: DEMOCRATS AGAINST U. N. AGENDA 21.

Nancy Pelosi pushed Agenda 21 – by name – on the House floor and Progressives can no longer deny its existence. Agenda 21 is part of the Progressive agenda that is destroying our country. Wake up and get involved; search for a 912/Tea Party group near you and join the fight to preserve the last vestige of the land of the free and home of the brave. 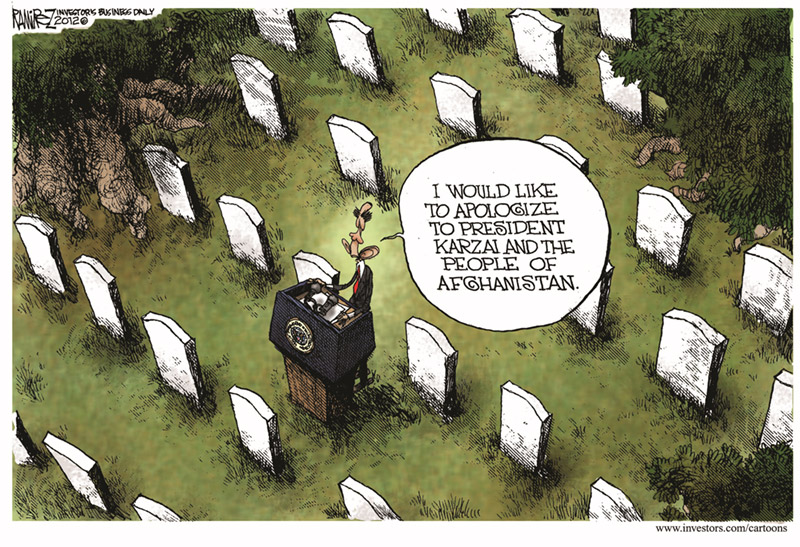 Simply head over to Joshuapundit and post the title and a link to the piece you want considered along with an e-mail address (which won’t be published) in the comments section, no later than Monday 6 PM PST, in order to be considered for our honorable mention category and return the favor by creating a post on your site linking to the Watcher’s Council contest for the week.