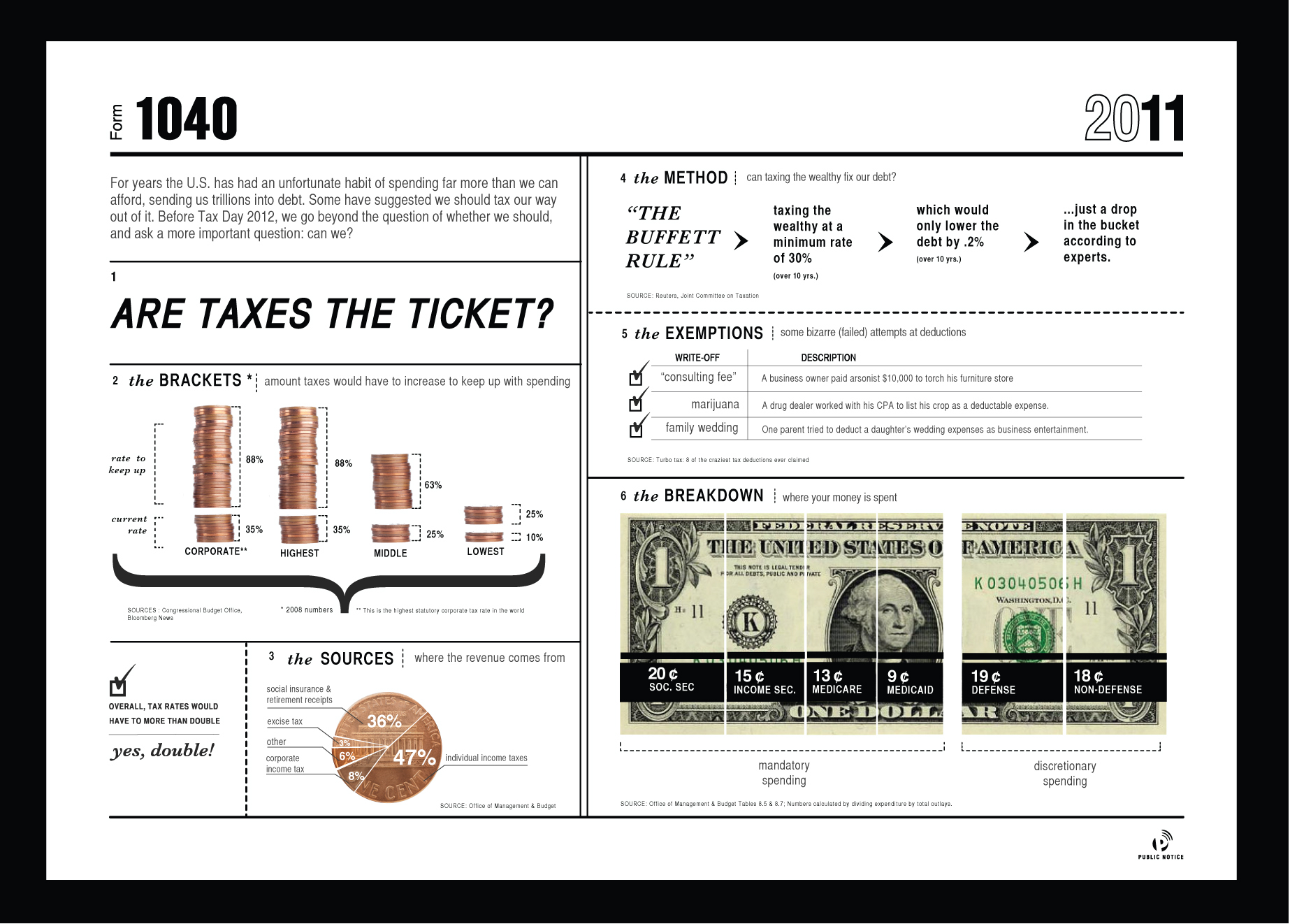 In our second installment of “Are taxes the ticket?” we bring you an updated breakdown of the tax brackets, a look at the “Buffett Rule,” and more. Check it out!

Are Taxes the Ticket?

As Americans rush to file their 2011 income tax returns with April 17 quickly approaching, the debate continues in Washington over congressional budgeting and deficit reduction. Take a look at our latest Briefing Book to find out where the debate on taxes has been and where it is going.

A peaceful and stable Pakistan is integral to western efforts to pacify Afghanistan, but Islamabad’s obsessions with its giant eastern neighbor may render such issues moot.

Since partition in 1947, Pakistan and India have fought four armed conflicts, in 1947, 1965, 1971 (which led to the establishment of Bangladesh, formerly East Pakistan) and the 1999 Kargil clash.

With the exception of the 1971 conflict, which involved rising tensions in East Pakistan, the others have all involved issues arising from control of Kashmir.

Lahore’s “The Nation’ newspaper on Sunday published an editorial entitled, “War with India inevitable: Nizami,” the newspaper’s Editor-in-Chief and Nazaria-i-Pakistan Trust Chairman, Majid Nizami, asked his fellow citizens to prepare for a war with India over water issues. Nizami told those attending the “Pakistan-India relations; Our rulers- new wishes” session at Aiwan-e-Karkunan Tehrik-e-Pakistan, which he chaired, “Indian hostilities and conspiracies against the country will never end until she is taught a lesson.”

While The Nation is a conservative daily, part of the Nawa-i-Waqt publishing group, with a circulation of roughly 20,000, it has a website, and what’s more, close ties to Pakistan’s highest military circles, so Nizami’s comments should hardly be rejected out of hand.

At issue are Pakistan’s concerns over India’s ongoing construction of two hydroelectric dams on the upper reaches of the Indus River. Islamabad is concerned that the 45 megawatt, 190-foot tall Nimoo-Bazgo concrete dam 44 megawatt Chutak hydroelectric power project will reduce the Indus River’s flow towards Pakistan, as they are capable of storing up to 4.23 billion cubic feet of water, violating the terms of the bilateral 1960 Indus Water Treaty. The Indus, which begins in Indian-controlled Kashmir, is crucial to both India and Pakistan, but is currently experiencing water flows down 30 percent from its normal levels. The Indus is Pakistan’s primary freshwater source, on which 90 percent of its agriculture depends. According to a number of Pakistani agriculture and water experts, the nation is heading towards a massive water shortage in the next couple of years due to insufficient water management practices and storage capacity, which will be exacerbated by the twin Indian hydroelectric projects, as they will further diminish the Indus’ flow.

So, if push comes to shove, who’s got Pakistan’s back?

It might be noted here that in October 1962, coinciding with the Cuban missile crisis, India and China fought a brief but bitter war along their disputed Himalayan border.

Fifty years later, China and India have yet to resolve their border issues over Kashmir and China continues to claim most of India’s Arunachal Pradesh to the base of the Himalayas in the absence of any definitive treaty delineating the border. Kashmir remains the site of the world’s largest and most militarized territorial dispute with portions under the de facto administration of China (Aksai Chin), India (Jammu and Kashmir), and Pakistan (Azad Kashmir and Northern Areas).

No guesses therefore as to whom Beijing might back should Pakistani-Indian tensions continue to rise.

Accordingly, to keep the peace, one might paraphrase Ronald Reagan in Berlin – “Prime Minister Singh, tear down those dams!”

But don’t bet on it.