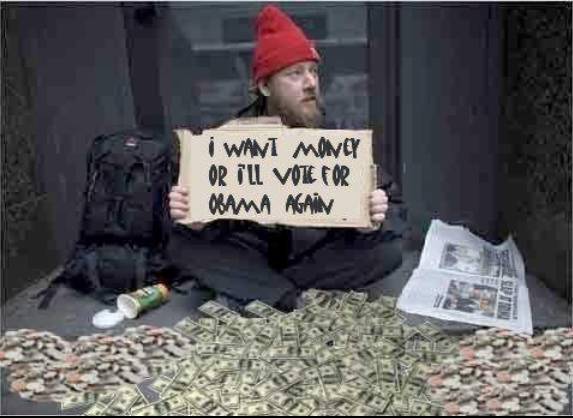 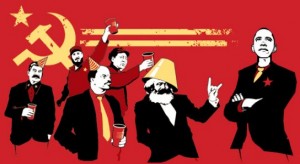 From: Voices of the Nation.com

This week, Allen West made me proud. He had the intestinal fortitude to call the Congressional Progressive Caucus Communists. If the red shoe fits…

The cries from the Democrats can be heard far and wide – calling West irresponsible for calling patriots Communists. Just one small problem – the Congressional Progressive Caucus was founded in 1991 by Bernie Sanders, who is an avowed Socialist and a Congressman from Vermont; Democratic Socialists of America (DSA) and the radical Washington DC based “think tank,” Institute for Policy Studies (IPS).

Allen West versus the Communists:

Except all of these video clips are very carefully edited to cut out the next thing West said. Here is the quote in full, with the omitted part presented in boldface:

It’s a good question. I believe there’s about 78 to 81 members of the Democrat Party who are members of the Communist Party. It’s called the Congressional Progressive Caucus.

Many members were and continue to be linked to DSA and/or the Communist Party USA, IPS or other radical organizations. So, whether you call them Communists, Marxists, Socialists or the Little Radicals – birds of a red feather flock together. So, before Politico yells “McCarthyite” again or West is challenged on naming ‘card carrying’ Communists in the CPC, take a long, hard look at the organization and at how the members of it are linked to the CPUSA, DSA and other organizations – KeyWiki is a good place to start your research. Then head over to Discover the Networks. It’s all out there – you just have to go study it. Three other great resources are Accuracy in Media, New Zeal and RebelPundit.

From small beginnings, the CPC has grown to embrace approximately 76 members of Congress.

Rep. West clearly understands the media war as well and said about the controversy over his comments: “The press wants to write gotcha stories and talk semantics, but just look at the words and actions of the [Congressional] Progressive Caucus. You can call them socialist, Marxist, communist or whatever you want, but the point is, they oppose free markets and individual economic freedom, they want to redistribute wealth, and they want to see the nation fundamentally transformed. Their policies are destructive and I will stand up to them regardless of the critics. Members of this Caucus lavished praise on Fidel Castro following a 2009 visit, just to name one example. The Communist Party USA claims the Progressive Caucus as its ‘ally.’”

Allen West is not backing down even though certain media outlets are incredibly upset that he said there were around 80 communist congressional members in the House, referring to the Congressional Progressive Caucus. In the interview with Mark Levin below, he cites several bills that the CPC has brought to the floor by name, including one where they wanted to add a constitutional amendment to redistribute wealth.

West says the media isn’t challenging him on the substance of his accusation, they just don’t like the fact that he said it. But he vows to continue exposing these people and speaking the truth:

The thing is that, incredibly enough, that the media in their search to try to condemn me or attack me or bring up some time of sensational story, didn’t do their due diligence, didn’t do their research. As you said they’re just repeaters, they’re not reporters. So now they have egg on their face because they’re not arguing the point that I brought up. They’re arguing the fact that they just don’t like that I brought it up. Well, you know, tough on them. I’m going to continue to talk about the truth and I’m gonna expose them for who they are because I’m sick and tired of every time you turn around on the House floor, they want to say it’s the Tea Party radical wing of the Republican Party when the Tea Party is just a constitutional conservative grass roots movement that believes in our economic security, our energy security, our national security. And what American would not want to believe in that?

And West is absolutely correct. It’s about time someone said it and West is one of the very few with the spine to call it as he sees it. In my book, it makes him very presidential indeed. Cliff Kincaid is also right in pointing out that it is way past time to reestablish these committees or subcommittees dealing with internal security matters. As the liberal Progressives are so fond of saying, if you have nothing to hide, then why not be transparent? Does America really need a primer on how monstrous Communism really is?

Enough of the Marxist/Communist crap. Enough of the wealth redistribution. We are riddled with enemies from within who are hiding behind names and playing semantics and mind games with the American people. If it walks, talks and makes legislation like a Communist duck, then it is a Communist duck. That includes the Communist in the White House. The event begins at 2 pm. Trevor will speak at approximately 4 pm.