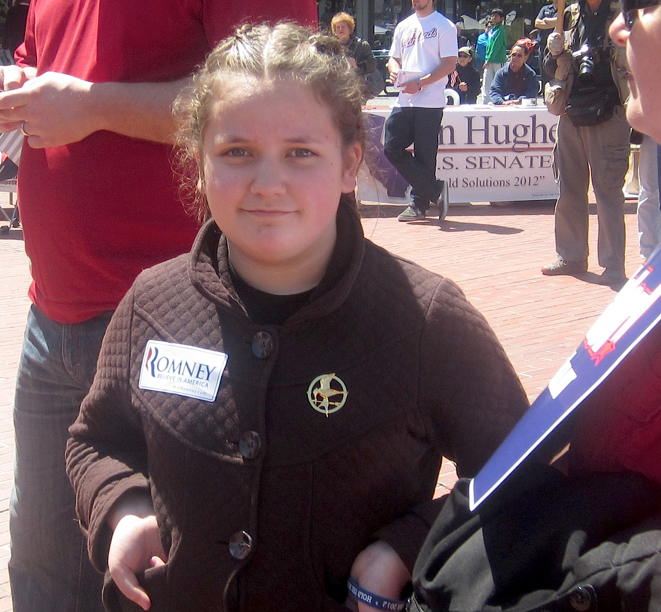 The Tea Party roared to life in San Francisco with their biggest event of the year so far. In one voice, they cheered Romney – not so much because he’s Romney, but because he’s NOT Obama. The consensus is it is time to unite, stand behind Romney and send Obama packing – literally. Because if we don’t and he is reelected, we are toast as a nation. ‘Better Progressive-lite than Marxist-heavy’ seemed to be the motto of the day. 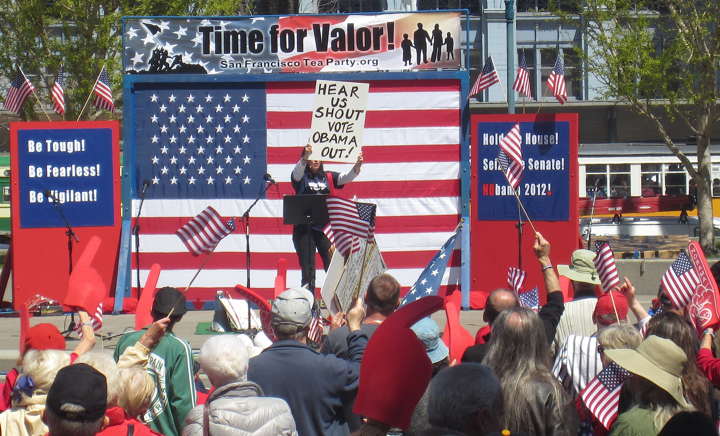 Zombie has a great post with excellent pics from San Francisco up on the rally: Tea Party Rallies for Romney in San Francisco. The usual whack jobs were there as always, along with Occupiers, but they were pretty much drowned out by enthusiastic Tea Partiers.

“Hear us shout! Vote Obama out!” was the rallying cry of the day. And that meant only one thing: Vote Romney like your life depended on it. The event’s official motto was “NObama 2012,” and after a bruising primary season, there’s only one NObama left to vote for: Romney. 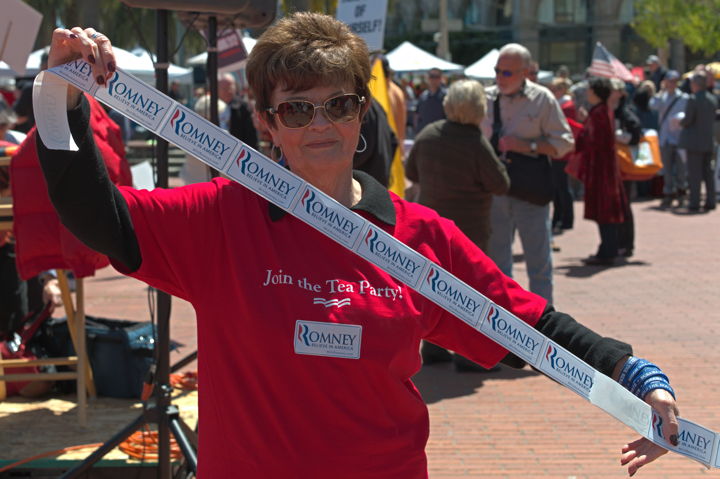 The Romney Campaign knows how to work a crowd and plastered everyone with their stickers. But, that aside, Zombie has some good points on why the Tea Party feels it is soooo urgent to get rid of the Communist in the White House:

There were about 600 people there thanks to the Bay Area Patriots and in Frisco that is a miracle, since it is the stomping grounds of the uber-liberal in America.

The post is a great read and I love the photos. On Romney, I’m still stuck at: “Hey, at least he’s not a commy.” (and yes, I know it is spelled wrong) 8) Read all of Zombie’s post here…