In the morning, editorial “we” will relate perspective, background information, and perhaps further new information – that after some study, reflection, and speaking for myself, after continuing with tasks required for the Sovereignty Campaign – something of utmost pertinence – @SovCam.

Political activists would be pacified to sympathize with the government

A leaked U.S. Army document prepared for the Department of Defense contains shocking plans for “political activists” to be pacified by “PSYOP officers” into developing an “appreciation of U.S. policies” while detained in prison camps inside the United States.

The document, entitled FM 3-39.40 Internment and Resettlement Operations (PDF) was originally released on a restricted basis to the DoD in February 2010, but has now been leaked online.

The manual outlines policies for processing detainees into internment camps both globally and inside the United States. International agencies like the UN and the Red Cross are named as partners in addition to domestic federal agencies including the Department of Homeland Security and FEMA.

Yesterday we learned that American taxpayers are being robbed, as a result of the Obama IRS having sent $4.2 billion in “refund” checks to an estimated 2 million illegal immigrants who are working in the U.S. illegally, and have illegally claimed additional child tax credits for children, including nieces and nephews, that live back home in Mexico.

Now, in part two of this alarming story, we shall learn about lawmaker’s reaction to this “disturbing” news, and exactly what they intend to do when, in order to correct this situation.

“Why in the world are we doing this?” he asked.

“Are you kidding me? The cost to the American tax payer is huge!”

According to the whistleblower who brought the story to Segall at WTHR TV, this is commonplace–because the IRS has provided such illegal immigrant workers with an Individual Tax Identification Number (ITIN), so that they may meet their obligation for tax return filing and payment. However, at the same time, the IRS requires no documentary verification of the citizenship, residency or support of “dependent” children listed on their tax return, which are the statutory IRS qualification necessary for them to be able to claim the additional child care credits.

Consequently, refund checks are processed and mailed without question…even if it is to five different families, claiming 20 children between them, who live in the same small two-bedroom home–for a combined total of nearly $30,000 in IRS refund checks–averaging $6,000 each.

WTHR TV’s Segall interviewed one illegal immigrant who has lived and worked in the U.S. for 14 years, in the kitchen of the home he owns in Indiana, with agreement that his identity not be revealed.

“It’s not taking advantage. I’m very thankful to this country for the help it gives me,”

He pays taxes and is raising three children who are all honor roll students. This year, he received a $9,000 tax refund that includes additional child tax credits, not only for his children–but also for four nieces and nephews who live in Mexico.

He said the IRS refund money helps him care for his young family members in Mexico and, if Congress were to revoke the credits, it could have dire consequences.

“Who’s going to help them if they’re not eligible … to avoid them ending up in the drug mafia, begging in the street, being raped? What happens when they get sick?” he asked. “There’s a lot of things that could happen to them if you don’t help … When you come here [to the United States], to your family down there, you are their hope.”

George Russell, the inspector general, insists refundable tax credits were never intended for illegal immigrants–never mind non-citizens who do not live in the United States. “It’s being abused by people who are not entitled to use it, and that’s problematic,” he told Eyewitness News.

And now, Rep. Burton is ready to move on this issue, by saying, “We’ve got to deal with it. I knew this was a problem, but until hearing what you found, I didn’t know it was this severe.”

“It’s cheating the American taxpayer. We all believe in humanity and humanitarianism, but we’ve got a $15 trillion national debt, [but] [w]e can’t subsidize the whole world.”

Burton, along with scores of House Republicans, had co-sponsored House Resolution 1956, which has languished in the House Ways and Means Committee for almost a year. It provides that only tax filers with a valid Social Security number may claim and receive the additional child tax credit–rendering tax filers using a ITIN ineligible to claim the credit.

To expedite matters, language from the [original] bill has been inserted into a package of proposed budget saving measures House lawmakers will consider in May; however, although the package may have enough support to pass the House, it is expected to die a quick death in the Democratic-controlled Senate, according to Segall’s video segment reporting.

“This should not be a partisan issue because we’re all concerned about saving taxpayer dollars and not wasting them on fraudulent things like this,” said Rep. Burton. “But I don’t think Democrats want to deal with this with right now.”

At least Senator Claire McCaskill (D–MO) sent a letter to IRS Commissioner Douglas Shulman, last September 7, 2011, demanding that the IRS discontinue payment of additional child tax credits to everyone filing using an ITIN, by concluding her letter, “…stopping unauthorized payments can and must happen immediately.”

But it isn’t over yet.

Rep. Sam Johnson (R–TX), who authored HR 1956, weighed in by saying, “This rampant abuse of hardworking taxpayer dollars is just wrong … It’s time we close this tax loophole and put a stop to the child tax credit sham.”

Rep. Burton agreed, stating, “I’m a taxpayer, and the thought of me paying for 24 people who are living in one trailer boggles my mind, especially when you tell me most of them are still living in Mexico. That’s unconscionable.”

Even though few Democrats want to risk alienating illegal aliens in an election year, while Senate Majority Leader Harry Reid (D-NV) controls the flow of legislation and has President Obama’s veto pen in reserve, nothing is likely to happen–until they are all removed in January 2013.

Until then, this should stalemate President Obama’s call for the “Buffet Rule,” as it would raise the exact same amount of taxpayer money they will have paid to illegal immigrants this year.

Author’s request: We must all contact our Congressmen to support this legislation, for recorded proof of Democrats–particularly members in the Senate–who stand in the way of correcting this taxpayer travesty, to result in their reelection defeat in November. 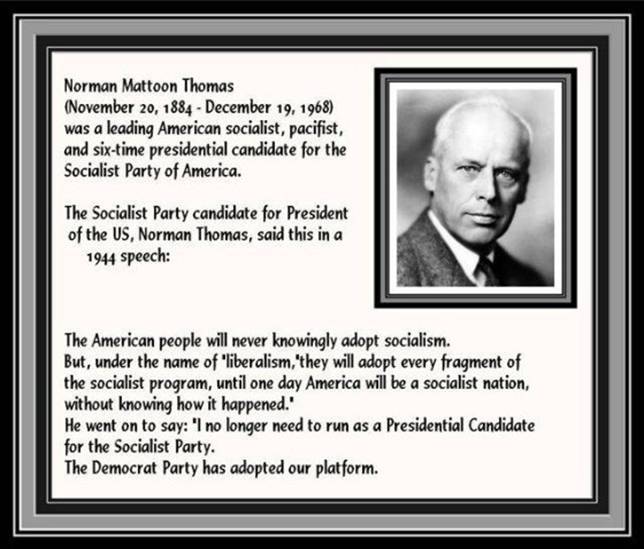 Keep in mind that this was said 67 years ago.

Occupy members stormed a Boston Tea Party rally and began screaming and disrupting the event. A couple of the protesters are then arrested.