British Prime Minister Margaret Thatcher said it best, during a TV interview on February 5, 1976, “…and Socialist governments traditionally do make a financial mess. They [socialists] always run out of other people’s money. It’s quite a characteristic of them.”

When you combine that with President Obama’s ceaseless, socialist “class warfare” tactics, open condemnation of anything big banks, insurance, oil, Wall Street and capitalism, and demonizing those who have earned success with the ‘Buffet Rule’ flag–something has got to give.

Enter, or more accurately, “exit,” Eduardo Saverin, a 30 year old Brazilian, who become a U.S. citizen in 1998, and then along Harvard buddy Jeff Zuckerberg co-founded Facebook, whose $118 billion IPO is scheduled for tomorrow.

It is expected that Saverin will reap a tidy $4 to $5 billion for his shareholdings, which would have meant about a $100 million capital gains tax windfall for the U.S. Treasury.

However, Saverin, along with 1,800 other Americans last year alone, renounced his citizenship in September 2011, paid the IRS the customary “exit tax” on assets–including his Facebook stock at a far smaller appraised valuation, then promptly moved to Singapore–before the Facebook IPO was announced, according to a May 12, 2012 ABC News article.

There have been over 4,000 Americans who have renounced their citizenship between 2005 and 2010–with the pace of renunciations increasingly rapidly in recent years, according to a FOXNews article today.

Who are these people, and why are they going to the extreme point of renouncing their U.S. citizenship–especially when 20 million illegal aliens have done the exact opposite?

And, so the very wealthy and mobile smart money is pulling up stakes and moving to countries which admire success and treat capital like gold–pardon the pun.

Chief among these countries is Singapore, one of the cleanest and most desirable cities in the world–a very orderly society that doesn’t tolerate street gangs, drugs or addicts, out-of-control illegitimate birth rates, open borders, illegal immigration, extensive public assistance programs and anything or anyone that is anti-capitalism.

It has the highest GDP per capita rate in the world, and an unemployment rate that has not been above 4% in over a decade.

Singapore has the fifth largest port in the world, the only AAA debt rating by all three rating agencies and also possesses the world’s tenth largest foreign reserves, with China 1st, Japan 2nd, Russia 4th, Brazil 6th and the U.S. 17th.

In fact, Singapore is consistently rated one of the least corrupt countries in the world by Transparency International.

The legal system of Singapore is based on English common law, albeit with substantial local differences. Trial by jury was entirely abolished in 1970 leaving judicial assessment performed wholly by judgeship. Singapore has penalties that include judicial corporal punishment in the form of caning for rape, rioting, vandalism, and some immigration offences. There is a mandatory death penalty for murder, and for certain drug-trafficking and firearms offences.

Acute poverty is rare in Singapore; the government has rejected the idea of a generous welfare system, stating that each generation must earn and save enough for its entire life cycle.

Singapore has the world’s highest percentage of millionaire households, with 15.5 percent of all households owning at least one million US dollars. Despite its relative economic success, Singapore does not have a minimum wage, believing that it would lower its competitiveness.

Interestingly, it also has one of the highest income inequality levels among developed countries, coming in just behind Hong Kong and in front of the United States.

The formerly great state of California and Detroit, Michigan, the birthplace of the auto industry and middle class, are unequivocally on the road to bankruptcy, for the exact same reasons as Greece, and as such they provide laboratory proof of what happens every time a city, state or nation is run by Liberal Democrats–in their Marxist attempt to create the perfect “equal outcome” society.

The finale is always the welfare state-oriented Democrats, like Sen. Chuck Schumer (D-NY), who want to raise taxes on the wealthy to extraordinary levels–in order to maintain the wealth redistribution to the increasing number of unproductive people receiving government benefits, and chase people like Mr. Saverin around the world to bleed them dry, according to a FOXNews article today.

Except for “Limousine Liberals,” the smart money didn’t make these idiotic decisions, and they don’t intend to underwrite them with their hard-earned money.

So, like Barack Obama and Joe Biden are fond of saying … ‘The American people will have a clear choice in November 2012:’

1. Mitt Romney and the Conservatives: Restoring America to its former greatness, the re-birth of the American Dream, and finally purging the terminal cancer of the Liberal/Progressive ideology from our nation once and for all time; or,

2. Barack Obama and the Democrats: Using total “flexibility” to implement a Socialistic society, eliminating individual liberty and self-determination, and being chained forever to a mediocre “equal outcome” society, from which to witness the last breath of the American Dream.

Have you contacted your U.S. Senators yet?

And since we have a distinct interest in not only this preeminently important matter of Sovereignty, but also the use of any names with the words “Sovereignty Campaign” in them, we are eager to relay this. 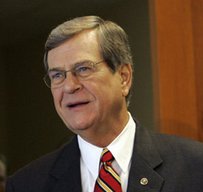 Here we go again: The usual suspects – the environmentalists, the one-worlder transnationalists, the Obama administration (to the extent that is not redundant) and assorted short-sighted special interests including, regrettably, the United States Navy – are dusting off the hopelessly outdated and inequitable UN Law of the Sea Treaty (better, and more accurately, known as LOST) in the hope of jamming its ratification through the Senate as was done two years ago with the defective New START Treaty.

Amazingly, they are doing so under what intelligence professionals would dub a “false flag” operation – an initiative that presents itself as one thing, in this case “The American Sovereignty Campaign”, when it is actually exactly the opposite. If ever there were an anti-sovereignty treaty it is LOST. It speaks volumes about the lengths to which this accord’s proponents have to go to conceal that reality that they are masquerading as advocates of U.S. sovereignty, not what they really are: champions of an effort greatly to reduce it.

As it happens, the poster child of this bait-and-switch may be former Senator-turned-lobbyist Trent Lott. In October 2007, former Senate Majority Leader Lott actually circulated a letter to his colleagues urging that the Law of the Sea Treaty be withdrawn from consideration by what was once known as “the world’s greatest deliberative body.”

This letter warned that: “To effect the treaty’s broad regime of governance, we are particularly concerned that United States sovereignty could be subjugated in many areas to a supranational government that is chartered by the United Nations under the 1982 Convention. Further, we are troubled thatcompulsory dispute resolution could pertain to public and private activities including law enforcement, maritime security, business operations, and nonmilitary activities performed aboard military vessels.”

For more, please see,“MARITIME ATTACK: Law of the Sea Treaty in US Senate for Approval,” May 15.

Thank you, Mr. Gaffney. Looking forward to being in touch, soon.

And by the way, we have seen how some have mistakenly treated your positions. It may be of comfort that the Sovereignty Campaign (SovCam) is not interested in the inaccurate and even flagrant charges of neocon about those who do not deserve the statist implication of that term, any more than isolationist, about those who do not deserve that label.