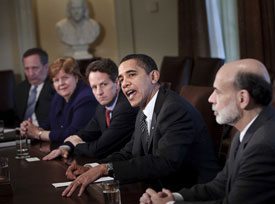 Or, what would you call it?

I call it just another part of The Soft War on authentic America and the rights of its sovereign Citizenry.

The following piece demonstrates good reporting, but appealing to the criminal enemy of America for the investigations of its own readily apparent crimes?

It does call for a congressional election, however. And how is John Boehner’s House working out for us, in that department? They seem compromised, do they not?

Be sure to read this from its top to it’s bottom at Fox News.

It’s Time to Investigate the IRS

Hans von Spakovsky
senior fellow in The Heritage Foundation’s Center for Legal and Judicial Studies
May 21, 2012

Richard Nixon ordered the IRS to conduct tax audits of those on his infamous “Enemies List.” Now, a spate of investigations and leaks coming out of President Obama’s IRS raises concerns that this administration may also be using the power of the nation’s most feared agency to silence its political opponents.

Today, more than six dozen grassroots citizens groups seeking to gain 501(c)(4)—and in some cases 501(c)(3)–tax status today find themselves facing unexpectedly invasive investigations and onerous procedural hurdles. All these groups have received non-profit recognition at the state level. Yet their requests for IRS recognition have been left in bureaucratic limbo for months—in some cases, for more than two years.

Now they are being told to complete long and tortuous questionnaires seeking proprietary, irrelevant and sensitive information such as names and addresses of donors, as well as detailed descriptions of every event the group had held in the past year and transcripts of the remarks of all speakers.

The targets of these investigations have one thing in common: they are exclusively conservative or Tea Party-affiliated organizations. Moreover, the invasive tactics arose shortly after seven liberal senators, including Sens. Chuck Schumer (D-NY), Jeanne Shaheen (D-NH) and Al Franken (D-Minn.), wrote a letter to the IRS claiming the groups were running afoul of their tax-exempt status. 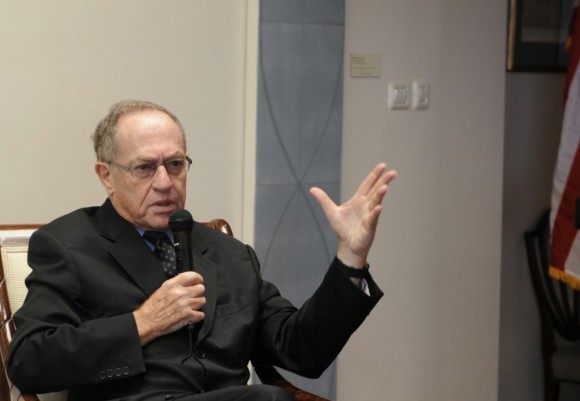 As part of a recent AIM Report, I wrote briefly about the release of documents last week in the George Zimmerman case. Zimmerman has been charged with second degree murder in the death of Trayvon Martin. But more has come out since then, and attorney Alan Dershowitz has stepped up his criticism of the special prosecutor in Florida who brought the charges. Here is what I wrote:

As we are going to press, a trove of documents was released on the George Zimmerman case that appears to bolster his defense that he is not guilty of second degree murder in the death of Trayvon Martin. Back in March, ABC News released video that led Al Sharpton and many other media pundits to declare it as proof that there was a conspiracy by the police, along with Zimmerman, to allow this “white Hispanic” to get away with the murder of a young, black man.

The Washington Post headlined their above-the-fold story on the new documents, “Martin was shot at close range.” But other reports noted that the newly released pictures were consistent with Zimmerman’s story. He had bloody lacerations on the back of his head, two black eyes, his nose was swollen, and as a doctor’s report released earlier in the week showed, his nose was broken. Martin’s autopsy showed there were injuries to his knuckles.

There are also previously unreleased eyewitness and ear-witness reports indicating that Zimmerman was being pummeled by Martin. But there was a report from the Sanford police’s lead investigator that there was probable cause to charge Zimmerman. And one policeman said this could have all been avoided had Zimmerman never left his car. But as attorney Mark Geragos pointed out on CNN’s AC360 with Anderson Cooper, this is not evidence, just an opinion.

According to Alan Dershowitz, a liberal lawyer, writing in The New York Daily News, if this evidence that appears to support Zimmerman’s version of events “turns out to be valid, the prosecutor will have no choice but to drop the second-degree murder charge against Zimmerman—if she wants to act ethically, lawfully and professionally.”

Dershowitz said that the special prosecutor, Angela Corey, “was aware when she submitted an affidavit that it did not contain the truth, the whole truth and nothing but the truth. She deliberately withheld evidence that supported Zimmerman’s claim of self-defense.” As I argued in an earlier AIM Report, the media and certain politicians have played leading roles in fanning the flames, and this story has a long way to go.

After that went to press, Dershowitz went even further in an interview on Fox News Channel’s “Huckabee,” with former Gov. Mike Huckabee, in which he accused Angela Corey of being “aware of most of the evidence in general outline” and said she made “a deliberate, willful, unethical, unprofessional, and illegal decision to withhold that evidence…from the courts and from the affidavit that she filed in support of an overblown second-degree murder prosecution.”

He said Ms. Corey should be investigated for submitting an affidavit that she knew to be a half-truth, which he equated to a lie. And, he said, she sees her job to do justice for Trayvon, and to avoid riots, not to see justice for Zimmerman. He added that she has raised expectations for a conviction, but that no reasonable jury will convict on second-degree murder charges based on the evidence. He said that if there are riots because Zimmerman isn’t found guilty or because the charges were dropped, she will be responsible.

Dershowitz also said that the prosecutor “made up” the notion that Zimmerman had “profiled” Martin because he was black, though there was no evidence to support that.

In an expanded version of the Dershowitz-penned article cited above, he also had some tough words for The New York Times. He accused the Times of “generally biased” reporting against Zimmerman, suggesting that “if the police had done their job properly the evidence would point to Zimmerman’s guilt.” He also blasted them for using “uncorroborated gossip,” in citing a woman who had called an investigator with an opinion that Zimmerman “has racist ideologies,” though she refused to identify herself.

“I think the New York Times should ask itself whether it would have published the contents of a phone call from an unidentified person that made similar inflammatory charges against Trayvon Martin,” Dershowitz wrote. “I believe that the publication of such unsourced gossip—which would be totally inadmissible in any trial—violates the New York Times’ own policies. It has some explaining to do.”

Now, it turns out, according to the Orlando Sentinel, that four of the witnesses cited in the documents changed their initial story of what happened, and in at least three of those four cases, the changed version was damaging to George Zimmerman’s case.

The release of the documents in support of the second-degree murder charge against George Zimmerman, along with evidence of changed memories, have only complicated and exacerbated an already racially charged prosecution.