The Obama Administration is leaking a terrifying amount of classified information as part of a marketing propaganda campaign to toughen the President’s image. But the potential fallout will result in war losses and dead American soldiers. 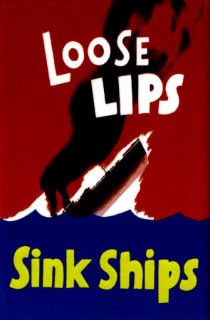 Apparently, the greatest generation is a dying breed. Ask anyone that you know who lived through the times of World War 2 on the home front and they will tell you of the secrecy that was involved with day to day life knowing that the enemy could be listening. The civilians and more importantly the military, government and media knew that “Loose Lips Sink Ships” a phrase often seen on posters hung in public places. This was called OPSEC, (Operational Security), which simply means that there were things that you DID NOT TALK ABOUT. The citizenry would keep themselves in line and make sure nobody said anything that could affect Americans, American troops, troop movements, missions and objectives – let alone military intelligence!

Fast forward to the present day 24 hour news cycle and last year’s raid to kill Osama Bin Laden. The Administration could not wait to release the information that they had killed our enemy. Very shortly after, all of the national news networks broadcast pictures, intelligence details and even computer generated images of the raid itself and how the mission went down. This was just the beginning of a Media Circus that was only dwarfed by the tragedy of 9/11.

What have we become?

Our leaders look to tell the world of what we have done and our citizenry looks to use our secret weapons as a flavor of the week in conversation. According to NBC’s Chief Pentagon Correspondent Jim Miklaszewski, the Navy SEALs who carried out the raid on Bin Laden’s Abbottabad compound recovered “five computers, 10 hard drives and more than 100 storage devices–DVDs, discs and thumb drives–that included between 10,000 and 15,000 documents and between 15,000 to 25,000 videos .” Honestly ask yourself, do we as civilians really need to know this information? Does this help or hinder our efforts in defeating terrorism? We are in a war, and by the way, the enemy IS listening.

The fact is that in divulging any of this information, the Administration has handed our enemies a win. The enemy now knows what we have and will stop or alter all their plans – rendering any and all of the intelligence gathered useless.

Worse yet, the pictures and video of the stealth helicopter used in the raid were also leaked to the media…and therefore right into the hands of our enemies. Peter Felstead, the editor of Jane’s Defense Weekly, said analysts had carefully studied the pictures and concluded that it was a “stealth helicopter that we have not seen before.” “The Americans will be extremely keen to get the wreckage back but there will also be real concerns about the technology finding its way to China,” he said. “This kind of technology would be extremely useful to them at this point.” 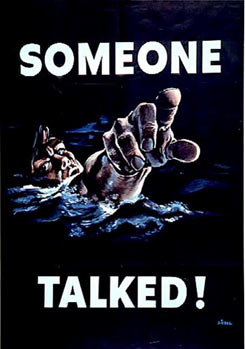 But the leaks coming out of this Administration are not limited to the Osama Bin Laden raid. In this past year there have been books and movies produced which describe the secret Special Forces unit tactics. Just recently Judicial Watch forced the Administration to turn over documents that prove the Administration gave highly classified intelligence about the SEALs to Hollywood movie producers who in turn are chucking out at least two new movies – movies which are openly displaying highly classified secrets for all the world to see – in an effort designed to help make a sitting President look tough in an election year. All arguments about the President’s image and marketing campaign aside, this is unbelievably dangerous as our enemies worldwide are translating that information into future dead SEALs and Americans.

ULTIMATELY the Administration has to control itself! Classifications like Secret, Top Secret and beyond are labeled as such for a reason – that information is NOT meant to be fodder for media outlets and political re-election propaganda. 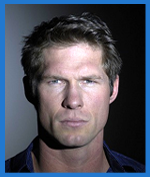 Former Navy SEAL Benjamin Smith took an oath to defend our Constitution from enemies both foreign and domestic. That oath has no expiration date. As an author, speaker, political strategist and ardent Constitutionalist, Benjamin Smith continues to battle tyranny and defend the freedoms that enabled American exceptionalism. Benjamin is a regular contributor to multiple news outlets including Breitbart and Fox News and serves on the Unite In Action Board of Directors as Director of Media and Military Affairs.

Unite In Action, Inc. is a 501(c)(4) social welfare organization, managed by an all-volunteer staff,which focuses on nonpartisan civic education and advocacy regarding important national issues.For more information, please go to www.UniteInAction.org or write us at PO Box 398, Nashville TN 37011-0398.