President Barack Obama made his second pilgrimage to Iowa in a month and has already spent $2.6 million airing anti-Romney and evil-Bain Capital TV ads there, as aggressively as in any other battleground state, “seeking to rekindle the all-but-faded Iowa magic that launched him in 2008,” according to Ken Thomas in his Associated Press article yesterday.

President Obama has been stepping up his attacks on Gov. Mitt Romney, lately labeling him as a “vampire” venture capitalist, which he claims isn’t adequate preparation for the presidency.

This solo positive and true statement must have been in an apparent nod to his large, private-equity firm “bundlers,” like Jonathan Lavine, a current managing director at Bain Capital, who has raised between $100,000 and $200,000 for Obama’s re-election effort, according to the Center for Responsive Politics; and Blackstone Group president Tony James, who held a fund raiser for Obama at his New York apartment just the week before, as reported in Hans Nichols’ May 16, 2012 Bloomberg article.

Nonetheless, Obama quickly resumed his bristling attack by barking … “But when maximizing short-term gains for your investors rather than building companies that last is your goal, then sometimes it goes the other way. Workers get laid off. Benefits disappear. Pensions are cut. Factories go dark.”

Obama concluded, saying “There may be value for that kind of experience, but it’s not in the White House.”

First, Obama’s last statement is a tremendous irony, considering that the only thing Obama had experience “running” prior to being elected president was a classroom for 2 or 3 hours, a few days per week–with no personal equity investment, risk or responsibility for the outcomes.

Second, Barack Obama’s indictment of private equity in general, and Bain Capital in particular, has been virtually “neutralized,” as Romney revealed in a FOXNews interview earlier this week, Bain Capital portfolio companies were successful 80 percent of the time, with only 5 percent having filed for bankruptcy–which is a stellar performance by any reasonable measure.

And it certainly trounces President Obama’s dismal taxpayer-funded venture capital record, gambling on alternative energy companies that are falling like dominos, and where in just the instance of Solyndra Solar he lost $535 million…in just 18 months

In just one throw of the dice Barack Obama lost twice the net worth of his opponent, which took Romney a lifetime to earn and accumulate.

Barack Obama has no business being involved with such enterprises because he has absolutely no personal experience with risk/return Capitalism–and is, as observed by Rush Limbaugh during his show today, actually campaigning against Capitalism.

Taking another swipe, Obama rolled out another weathered bumper-sticker attack on Romney, saying he would ‘roll back regulations and return to policies that … helped create the recession and would increase government deficits.’

While Gov. Mitt Romney owns a well-documented, 25 year continuous history for doing the exact opposite, President Barack Obama “owns” an equally well-documented 40 month record-breaking history of sustained high unemployment, a four year record-breaking streak of trillion plus dollar annual budget deficits, which resulted in adding more to the national debt in just his first term of office than all the past presidents combined.

And finally, in a rebuttal to Gov. Romney’s clever and locally meaningful depiction of President Obama as having created “a prairie fire of debt,” Obama countered that Romney’s tax plan is “like trying to put out a prairie fire with some gasoline.”

This type of vacuous teenage retort may have drawn laughter from some college students there, but their ‘youthful’ innocence will swiftly transform into ‘adult’ outrage, once they realize that the joke is on them–because the burden of paying off that debt will rest with their generation.

“A president who broke his promise to cut the deficit in half by the end of his first term–has no standing when it comes to fiscal responsibility.”

Oh, say can you see
By the dawn’s early light
What so proudly we hailed
At the twilight’s last gleaming
Whose broad stripes and bright stars
Thru the perilous fight,
O’er the ramparts we watched
Were so gallantly streaming
And the rocket’s red glare,
The bombs bursting in air
Gave proof through the night
That our flag was still there
Oh, say does that star-spangled banner yet wave
O’er the land of the free and the home of the brave

For those unaware
That flag is still there
It’s our future to save
This land of the brave
The U.S. of A

Oh say does that star spangled banner yet wave
O’er the land, land of the free and the home of the brave

This should be fun, a retired cop writing about a badge happy cop running rough shod over the general citizenry. Yesterday I was driving around in my little green BMW Z-3 Coupe taking care of business. when I got pulled over by a motorcycle officer for an “unknown” reason; my goodness that was an un-Pleasant experience. 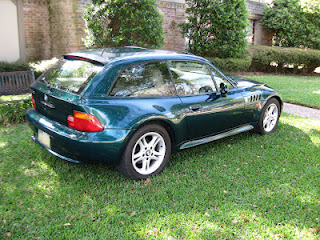 We’d both made a left turn, the motorcycle cop in the far left lane while I was a car length behind in the next lane over; one of those two lane option set ups. The truck in front of me went straight which opened up a clear lane while completing my turn… which I gladly accepted, throttling up to fill the void.

Apparently my waving at the motorcycle cop as I pulled up even with him, annoyed his sense of fair play. He motioned for me to pull over while putting on his emergency lights. I rolled my window down as he approached and asked what violation I’d been pulled over for; but doing so violated protocol. Cops ask the questions and citizens are to remain quiet.

“I heard your tires; have you ever been written up for reckless driving?” My odd sense of humor wondered if he must have meant “wreck less” since I hadn’t been involved in an accident.

“All the time, Officer…” I should have known better than to answer such a stupid question, a question intended to identify myself as a road hazard. “Exactly how does accelerating up to 30 mph qualify as reckless?”

He wasn’t impressed with my attitude and had me step out of my hot looking sports car. I managed to remove my wallet during this exchange of pleasantries; locating my driver’s license, proof of insurance and Houston Police Department identification card which also serves as my concealed handgun permit.

I could also have been hit by a flying saucer, fell into a chasm created during a freak earthquake or been overcome by fumes from a volcano spewing ash into the atmosphere; but a reality check being in order, that wasn’t likely accelerating up to 30 mph in mid-curve as a clear piece of asphalt presented itself.

Badge happy: a dangerous character disorder associated with some police officers who elevate their importance above law enforcement to a level of superiority in which their personal likes or dislikes rather than the rule of law determine how to select individual citizens for chastisement, ridicule or humiliation.

I guess he didn’t like my spiffy green BMW Z-3 Coupe; washed, polished to the 9’s and worth a speeding ticket even when parked. There should be a misdemeanor crime, “Failure to turn heads with a sweet ride because you were too lazy to polish the fenders;” but that’s another issue and this motorcycle cop was already in trouble as he hadn’t kept his bike polished, at least that was my observation.

“I’ve never written a ticket to another cop before, but you might be my first.” He kept babbling about my driving stunt, making a left turn and speeding up to 30 mph being a danger to the rest of the world.

“So what law did I violate, Officer?” I pressed him to identify my crime.

“You know…,” having to hesitate since the average citizen wouldn’t test the merits of such a traffic stop, “…most officers would have had sense enough to just say, “Yes, Sir” and be glad they didn’t get a ticket; but here you are jibber jabbering your jaws at me. That’s the problem today, HPD officers don’t know how to shut up and just say, Yes, Sir. Thank you for not writing me a ticket.”

The more this motorcycle cop went on, the more I had to wonder how he treated the rest of the citizenry. I finally figured it out, the motorcycle cop was annoyed because someone had dared to drive up along side of him, (changed the wording to keep it civil) annoyed because I had a clear lane to speed up while he’d gotten trapped behind a slow poke; that and waving to him as I pulled up even must have been more than his badge happy character could handle.

He still hadn’t identified any traffic law I’d broken; but I was a menace to society, a regular hot rod junkie hell bent on taking out the north side of town. “I’d write you a ticket; but don’t have time to call a supervisor. I’ve never written another cop before, but you could be my first.”

I’d already heard that line a few minutes earlier, “What traffic violation, tell me; I’d like to know?”

“There ya’ go again”, as he gestured with his hands that I was running my mouth off when I should have been fearful of his all powerful uniform, nodding in gratitude for his magnanimous gesture of not writing me a ticket for violations real or imagined, “…that’s your problem, no respect for uniformed officers; you HPD guys think you own the streets.” Did I mention he wore a Harris County Sherriff’s Department uniform?

I really did want to deck the jerk, put him in his place; again, I’ve altered my vocabulary for the sake of the general public who might be offended should other common articulations spill over. I should have reminded the motorcycle cop that I’d never written a formal complaint against a fellow police officer, but I might make an exception for him. What a self absorbed badge happy bully!

This is one of the earmarks of a police state, uniformed officers who believe they have the state’s permission to arbitrarily bully and impugn the citizenry with a total disregard for the rule of law. Most folks would sit quietly and hope the moment passed; but is that a wise avenue of action?

We already have the Department of Homeland Security and the TSA setting up random check stations, unconstitutional violations of the 4th Amendment under the guise of protecting the public from terrorist activities; do we really want traffic cops enforcing their personal interpretations of right or wrong?

Most police officers are just trying to do their job and get home safe to their families; but, there are a few cops driving around looking for petty wars to start, unjustified tickets to write and citizens to aggravate. Ah, life goes on; not much has changed. Ya’ll drive friendly, ya’ hear!

Obama Now Claiming He is a Fiscal Conservative; Conveniently Doesn’t Include Massive “Stimulus” Boondoggle, “Cash for Clunkers,” Auto Bailout in His Calculations