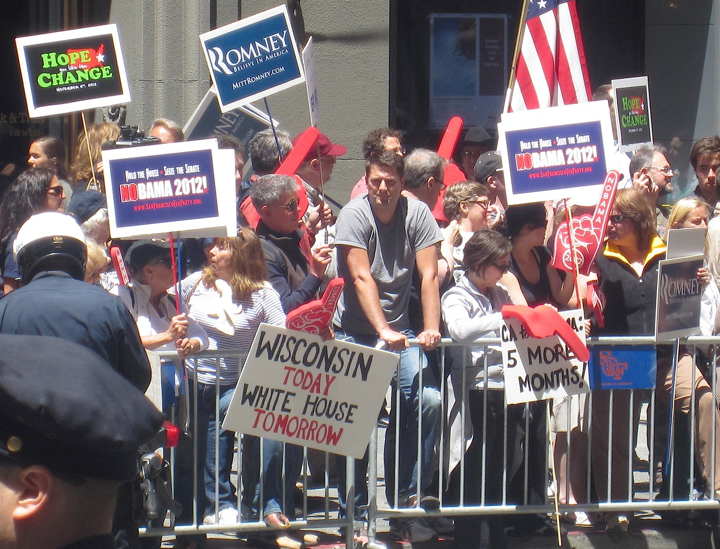 While America is burning to the ground, Obama is out raising more dough for his campaign coffers. Probably more to the point, he went running to California for more money when the unions got handed their commie asses in Wisconsin as Walker soundly trounced his Marxist competition.

So, geez… Obama is forced to brave the riffraff – you know the same ones he referred to in Frisco the last time, the ones who cling to their guns and their religion – just to squeeze a few million more out of Californian Communists. The things he has to suffer for a dictatorship. 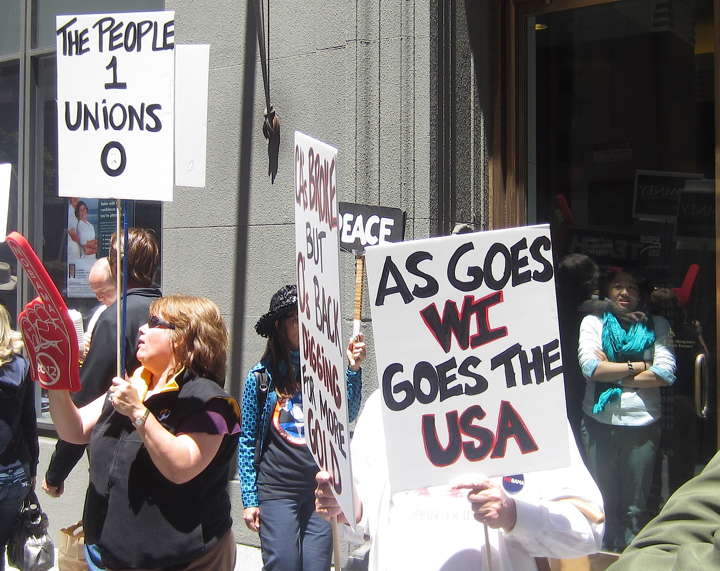 But Obama and his minions couldn’t shake Zombie, who has once again compiled a masterful photo essay on his visit. Along with the incredibly brave Tea Partiers as well as a whole host of whackadoos, Zombie got it all in pictures. Ready and able to leap tall Progressives in a single bound, Zombie dogged O’s every red footstep. My hero… Sniff. 🙂 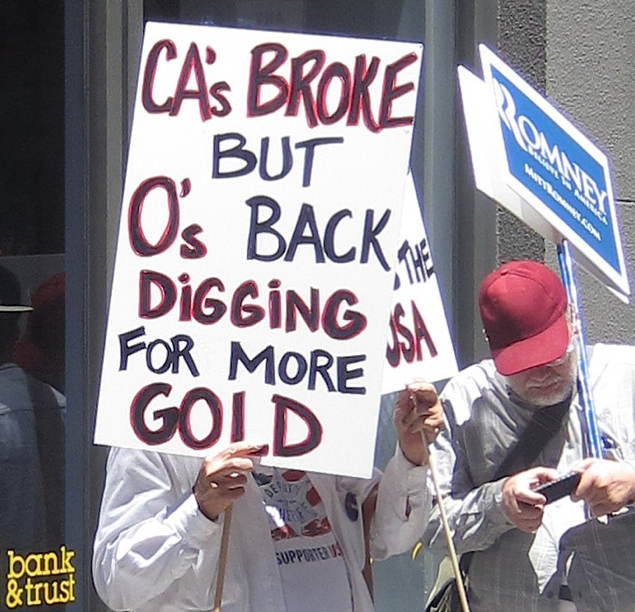 The Occupy Movement seemed to be strangely absent on Obama’s visit. Must be busy somewhere terrorizing some innocent shop owner, beating defenseless Americans or standing in line outside a rape tent somewhere. But Obama’s Maoist media was there with their nifty red and gold pins. Check out the pictures Zombie took of them. Tre Chic in a murderous Communist sort of way.

So while Americans are desperately getting rid of the unions, Progressives and Communists, you can rest assured Obama is rubbing elbows with wealthy celebrities and begging for money while telling crass jokes that diminish and tarnish the Oval Office. November can’t come soon enough…