Late yesterday, Attorney General Eric Holder put President Barack Obama ‘between a rock and a hard place,’ after his brief meeting with Rep. Darrell Issa (R-CA), Chairman of the House Oversight and Government Reform Committee, and certain of its’ ranking members, failed to deter Issa from proceeding with a vote on Contempt of Congress charges against Holder today, regarding his refusal to produce “Operation Fast and Furious” documents.

Holder requested an ‘eleventh hour’ assertion of ‘Executive Privilege’ from Obama in an 8-page legalese-packed letter dispatched last night, to provide him with a more than stark measure of defensive cover against what would certainly be a successful Republican majority vote in favor of holding him accountable for not delivering documents called for in the October 2011 subpoena from the committee.

It must have been without hesitation, as if part of a pre-ordained plan, that President Obama obliged Holder’s request, because a 4-page letter from Deputy Attorney James M. Cole arrived in committee chambers before the hearings began, stating the president had in fact asserted Executive Privilege over the documents requested by the committee.

“We regret that we have arrived at this point, after the many steps we have taken to address the committee’s concerns and to accommodate the committee’s legitimate oversight interests regarding Operation Fast and Furious.

Although we are deeply disappointed that the committee appears intent on proceeding with a contempt vote, the department remains willing to work with the committee to reach a mutually satisfactory resolution of the outstanding issues.”

Holder, in his letter to Obama, requested he assert executive privilege on all [relevant to the subpoena] documents from February 4, 2011 forward, saying they pertain to the “deliberative process” on how to respond to congressional and media inquiries; which was also summarily included in Cole’s letter to Issa et al.

As a point in fact, it was the February 4, 2011 letter to the committee, submitted by Holder, which denied any such operation existed, but was then later retracted by the DOJ due to contrary information provided by ATF “whistleblowers” who the DOJ attempted to silence and censure.

The announcement regarding Cole’s letter instantly touched off a caustic debate on the House Oversight and Government Reform Committee, with Democrats accusing Issa of prosecuting a “political witch hunt,” while Republicans repeated their criticism of Holder’s “stonewalling” over the Fast and Furious probe. Even for Washington, the tone at the hearing was decidedly bitter and accusatory, according to a FOXNews article today by William LaJeunesse and Chad Pergram, who have been covering the story from the beginning.

This included a 5 minute diatribe by Rep. Connolly (D-VA) who characterized the committee proceedings as a “Kangaroo Court,” where the DOJ and Holder were presumed to be guilty.

Then, Connolly also chided Issa about refusing to hear testimony from Bush’s Attorney General Michael Mukasey about “Operation Wide Receiver,” which he described as a similar operation and the genesis of Fast and Furious, because he said Eric Holder stated last week, before Iowa Republican Sen. Chuck Grassley’s counter-part Senate investigative committee on the matter, that Mukasey had been briefed in on it.

Too bad for Rep. Connolly that Sen. Grassley demanded that Holder provide proof of his statement–and found that he could not.

Grassley received a letter from Acting Assistant Attorney General Judith Appelbaum on Monday, claiming that Holder “inadvertently” stated during the Senate committee hearing last week that his predecessor, then-Attorney General Michael Mukasey, had been briefed about a tactic known as gun-walking in a federal program known as Operation Wide Receiver — which bared similarities to Fast and Furious, according to reporting in a FOXNews article today.

“As we explained in a letter to chairman Issa … this briefing paper concerned the case of Fidel Hernandez, not Wide Receiver, as the attorney general inadvertently stated at the hearing,”

And as this was the second, serious retraction having to be made regarding Holder’s sworn testimony in the past seven months, Senator Grassley was quick to rebuke Appelbaum’s letter.

Grassley also pointed out that the Hernandez operation was fundamentally different from Wide Receiver and Fast and Furious–because it involved cooperation with the Mexican government.

He concluded by saying … “in his eagerness to blame the previous administration [Holder] got his facts wrong.”

Even though many Democrats are quick to point to assertions of Executive Privilege by prior presidents on both sides of the isle, the closest example we have to this situation is President Richard Nixon, who attempted to use it to protect his telephone tapes from the Watergate Senate investigative hearings during his 1974 reelection bid.

The Supreme Court denied Nixon such protection, and after the tapes were found to implicate Nixon in the cover-up of the Watergate break-in, forced his public resignation on August 9, 1974, then led to the indictment, conviction and imprisonment of 43 members of his administration and reelection team. 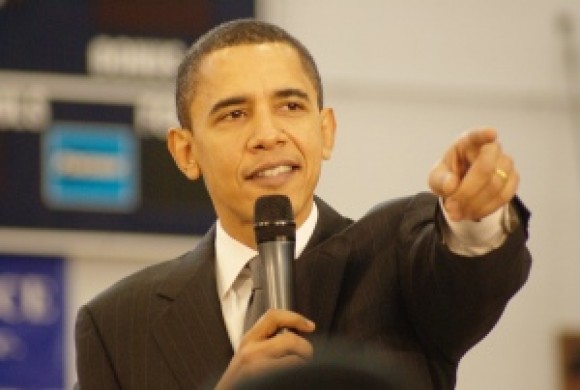 President Obama can declare immunity for hundreds of thousands of illegal aliens and can also unilaterally order the broad refinancing of mortgages on millions of “underwater” homeowners in order to reduce principal payments and debt, The New York Times’ Paul Krugman told the liberal “Take Back the American Dream” conference on Tuesday.

One of the benefits of such a move, Krugman said, would be some additional economic activity at a time when the economy is sluggish. But another benefit is clearly political and could provide the votes Obama needs to be re-elected.

Speakers at a subsequent “Taking on Wall Street” panel agreed with Krugman’s approach and went further, declaring that “underwater homeowners” constitute a “huge powerful voting bloc” that could help re-elect Obama in November.

“That will bring voters to the polls,” Richard Eskow of the Campaign for America’s Future said of the proposals for Obama to extend debt forgiveness or principal reduction to millions of people.

The term “underwater” technically refers to owing more on a home than it is worth. Many of these homeowners, estimated at 15 million or more, might not qualify for refinancing because their current income doesn’t meet the lending criteria, or because they haven’t paid enough on the principal.

Krugman’s remarks came during a discussion moderated by Chris Hayes of MSNBC that was devoted to the topic, “End This Depression Now!” In addition to the debt ploy, Krugman expressed the hope that Federal Reserve Chairman Ben Bernanke would do something to stimulate economic activity over the next few months.

A big theme of the conference was that Obama’s recent grant of amnesty to an estimated one million illegal aliens was because of pressure from progressive activists and that Obama will use his presidential power to act on mortgage debt relief or forgiveness if liberals take to the streets.

New liberal groups are emerging on a regular basis to provide Obama with the political cover for taking this unprecedented and extraordinary action. The Home Defenders League has been formed to fight foreclosures and evictions and publicize the campaign. Another, the New Bottom Line, is run by veteran Soros operative Tracy Van Slyke.

Although Obama has initiated various proposals to allow some homeowners to refinance their mortgages at lower interest rates, the progressives want him to go much further and facilitate refinancing and principal reduction on a broad basis through Fannie Mae and Freddie Mac, which own or guarantee more than half of U.S. mortgages.

On the “Taking on Wall Street” panel, Richard Eskow calculated the political benefits of Obama taking action. He said that if the underwater households are the same size as the American average, the average number of people living in them is 2.6. That’s more than 40 million people, he noted. Furthermore, if one assumes there are 1.5 voters per household, that’s 24 million potential voters, he said. They are “a powerful new political and economic force,” he says.

However, Edward DeMarco, director of the Federal Housing Finance Agency and the federal regulator for Fannie Mae and Freddie Mac, is standing in the way of the proposal to mandate large-scale principal reduction.

“Fire him,” Krugman told the progressive activists, to loud applause.

Progressives regard DeMarco as a “Bush Administration holdover” and want Obama to replace him with a recess appointment. Katrina vanden Heuvel of The Nation magazine, one of the stars at this conference, has accused him of singlehandedly blocking America’s economic recovery. The Congressional Progressive Caucus held a press conference attacking him with “underwater homeowners” from various states critical to Obama’s re-election effort.

In fact, as even the liberal Washington Post has noted, DeMarco is an economist and career civil servant who served 10 years, “most of it under President Bill Clinton, as the Treasury Department’s top Fannie and Freddie analyst.” The paper points out that he is “operating under a statutory mandate that requires him both to maximize assistance to troubled homeowners and to minimize taxpayer costs.”

DeMarco argues that large-scale debt forgiveness would expose Fannie and Freddie, which have already received $190 billion in taxpayer bailouts, to further losses. He points out that such an approach would create an incentive for some of the current borrowers who are paying their mortgages to cease paying in search of debt forgiveness.

Equally important, he said in a speech at the liberal Brookings Institution that debt forgiveness would be unfair to the millions of homeowners who have sacrificed to pay their mortgages.

“Clearly, many households got over-extended financially,” he said. “Some accumulated debts they couldn’t afford when hours or wages were cut or jobs were lost. Others withdrew equity from their homes as house prices soared. Others bought houses at the peak of the market, often with little money down, perhaps in the belief house prices would continue to climb.”

“Yet there are other Americans who did not do these things,” he continued. “There are families that did not move up to that larger house because they weren’t comfortable taking the risk. Perhaps they had to save for college or retirement, and did not want to invest that much in housing. And there are people working multiple jobs, or cutting back on the family budget in many ways, to continue making their mortgage payments through these tough times. Many of these families are themselves underwater on their mortgage, even though they may have made a sizeable down payment.”

Commenting on DeMarco’s remarks, the Post said that he “clearly sees himself as speaking for this silent majority, and he deserves to be heard.”

But concern about the taxpayers or the homeowners who are paying their mortgages was not in evidence at the progressive conference, which is searching for a new class of victims/voters to function as a constituency for Obama’s re-election effort. These activists also want a scapegoat, in addition to Wall Street and the banks, and DeMarco is it.

But the progressive elites demonstrated that they are extremely selective when it comes to bashing Wall Street and the wealthy.

I attempted to ask activist Tracy Van Slyke why, in her remarks at the “Taking on Wall Street” panel, she never criticized Obama fundraiser Jon Corzine’s mismanagement of MF Global, resulting in more than $1 billion of missing funds, or the activities of George Soros, whose off-shore hedge fund has been linked to the housing market collapse. She declined comment and walked away.

Soros has funded the Campaign for America’s Future, which sponsored the conference, as well as the Media Consortium, previously run by Van Slyke, and scores of other progressive groups.

New York’s Democratic Attorney General Eric Schneiderman was also mum when I asked him after the panel discussion whether he was probing Corzine’s missing money. He stared at me in disbelief, as if he didn’t expect any questions about the financial misdeeds of the former Democratic senator and governor, and Obama economic adviser.