You are soooo a crook.

Verified and true. WTH? The Army is saying don’t be alarmed – we are just training MPs to drive tanks on US streets. I’ve never heard of this before. They are getting ready.

US Military to Run Urban Exercises in North St. Louis – Residents Hope It Will Cut Down on Crime

By: A. Dru Kristenev and Toddy Littman 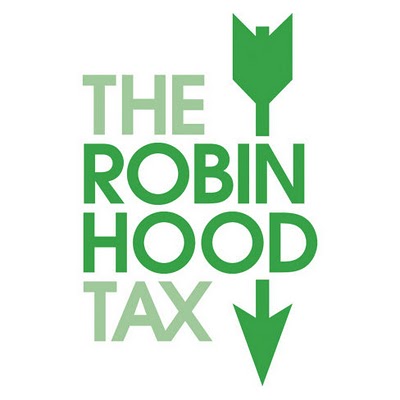 How can we, individually and as a nation, continue to help others if we are robbed of the means to do so?

The needs of so many are met by Americans through thousands of hope missions at home and around the world. They are missions both faith-based and secular that are supported wholly by individuals giving from their personal fortune, large or small. Ask yourself this, how will we be able to continue to finance the altruistic work done in our backyard and internationally if we are robbed of that increase by government grasping, the invasive hand of government growing government (power) that helps no one but government?

This is the case against progressive income tax and for individual freedom to give from the heart.

Let’s get down to the nitty-gritty right at the start: A progressive income tax is the government adopting the idea that when some people reach a certain level of income, it is assumed they are then taking from others, increasing poverty by creating wealth. It presupposes that most individuals aren’t smart enough to make their own way, despite what the President said today at the NALEO conference about people coming to America for that express purpose. In fact, the erroneous idea is that there is a finite amount of wealth and if someone makes a lot of money it automatically confiscates that potential income from someone else, creating a poor underclass. Now, if this isn’t plain folly, if not moronic reasoning, than I don’t know what is.

What is true, is that when government establishes a progressive tax in order to steal from the rich to give to the poor (the Robin Hood idea which we’ll discuss further on in this article) no one is served. The government, which is no longer representing you and me but itself and self-perpetuation, has instead collected income that goes nowhere but into self-directed projects promoting the creation of “victims of society,” i.e. welfare addicts.

Back to the beginning of this country and the Framers’ intent, the change of former servants to become masters, and realize that now the reverse has occurred where the elected servants have usurped the role of master. Note that it was the government that amended the Constitution to gather income tax, not the People. The purpose of the 1913 beginning of this boondoggle was to collect money to fund projects and entitlements that were never designated under the Constitution.

Article 1, Section 8: Congress having the power to tax, etc. “to pay the Debts and provide for the common Defence and general Welfare of the United States.” As Toddy has expounded upon numerous times, http://changingwind.org/index/comment.php?comment.news.185, http://changingwind.org/index/comment.php?comment.news.151, this is the definition of “welfare” used within the context of the United States Constitution (note the designation specific to states):

2. Exemption from any unusual evil or calamity; the enjoyment of peace and prosperity, or the ordinary blessings of society and civil government; applied to states.

Thus were (and are) taxes never to be collected for the purposes of providing education, promoting arts or even providing for the poor, the “welfare” programs, i.e. entitlement programs. Read Jefferson’s second inaugural address (fifth paragraph) in the first article link above.

As to the point about government amending the Constitution as opposed to the People’s endeavor, after the 14th amendment was ratified, all amendments to the Constitution were undertaken by government for government and not at the behest of the People as this was the composition of the Congress… it no longer was a representative body but had transformed itself into an authoritative, i.e. ruling, body using the victory over the South, and now subordinate States, in order to introduce the alteration of intent and implementation of central governance.

The Reconstruction Acts were enacted as a means of subjecting the vanquished States to regulations imposed by the winning faction, passing racially motivated (divisive) legislation and regulations, such as tax laws that promote racial and economic separation among the people and fostering a growing polarity between “classes” that would fuel the infusion of communistic ideals: democracy. Already, the 1848 manifesto of Karl Marx and Friedrich Engels had finagled its way into the matrix of America. (Check “The Call” to form the first teachers’ union in 1857. http://changingwind.org/index/comment.php?comment.news.148)

Now, to get to the redistribution and divisiveness of the progressive tax we can add the “noble” persona of Robin Hood, whose compassion for the deprived and downtrodden drove him to appropriate from the rich to “give” to the poor. Not exactly a Christian message, when it comes right down to it. Wherein is it a noble thing to raid a man’s storehouse in order to care for the poor? In this case there is no generosity, just envy, thievery and deceit. Throughout Scripture we are encouraged to care for the fatherless, the orphans and the widows. Nowhere are we told to take from someone else in order to do so.

So we come to the Robin Hood Tax, which world leaders, philanthropists and unions are promoting as a righteous act. In May, Lou Dobbs gave a rundown on the proposed international FTT, Financial Transaction Tax, and the overlordship it would create should the sanctimonious have their way – for we know that only they, the wealthy liberal elite, understand the needs of the poor and underprivileged and how best to serve them.
http://video.foxbusiness.com/v/1646570386001/un-unions-push-for-robin-hood-tax/

That day, nurses representing the NNU (National Nurses United) were dancing in the streets at the NATO conference in Chicago in support of a Robin Hood Tax.
http://foxvalleylabornews.com/2012/05/25/nurses-rally-in-chicago-calls-for-robin-hood-tax/. All of this pomposity has led to a crying for a new homegrown version of the FTT with minor celebrities and a few leftist economists, just this week, beginning their own promotion of taxing financial transactions to underwrite their own “good-for-everybody” agendas. http://www.csmonitor.com/USA/Politics/The-Vote

Luckily, it’s going nowhere in the EU as even the Irish finance minister “…noted that this is the first time enhanced cooperation would be used on a major economic dossier “setting a precedent over taxation, a sovereign matter.”” http://euobserver.com/18/116732

Something we must remember at all costs: the movement to encroach on United States sovereignty, specifically the People’s sovereignty, comes not only by way of a push to instill an international taxing authority, but the wholly unconstitutional inflicting of the progressive tax as it exists now. And the so-called Robin Hood Tax is just another way to implement a progressive tax on the “undeserving” rich.

To clarify, our purpose here is to inform and arm you to jealously defend the freedoms recognized and guarded by our brilliantly crafted founding documents. Because, only by standing with our country’s framers in their desire to provide for our free creation of wealth will we be able to continue providing freely for the welfare (in the first definition of Noah Webster pertaining to individuals) of suffering people the world over, and following the Lord’s instructions for true charity… the expression of love for our neighbor.

A. Dru Kristenev and Toddy Littman
[email protected]
A. Dru Kristenev is a citizen of the great Northwest United States, former journalist and author of the Baron Series, novels of political intrigue, world markets and presumptive power brokers based on research of the underpinnings of real-time political and global financial maneuvering, and who’s instigating it.

Visit ChangingWind.Org for news links and insightful postings by a legal researcher as Toddy Littman, “Gold Baron” character, who reappears in the sequel “Energy Barons.” You can also find Toddy on twitter “@ToddyLittman” or http://twitter.com/?_twitter_noscript=1#!/ToddyLittman