By: Michael Widlanski
Accuracy in Media 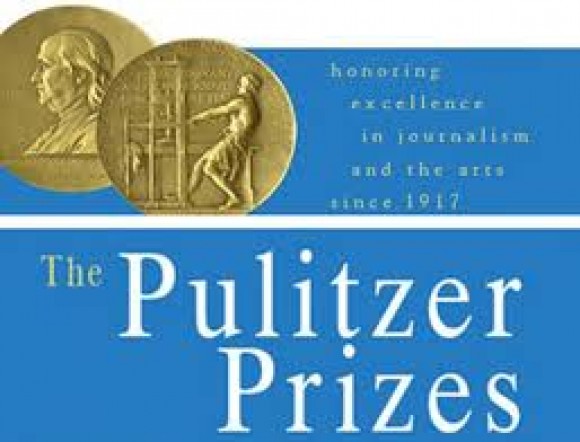 Awards and prizes appear to be the ultimate credential, from the Oscar to the Grammy. But in complex matters—foreign policy, national security, terrorism—the verdict of elite committees is very undependable.

Over the last decade, the sheen has worn off two of the most prestigious awards—the Nobel Peace Prize and the Pulitzer Prize in Journalism.

Unlike the esteemed Nobel Prizes in literature and sciences from the Royal Swedish Academy, the “Nobel Peace Prize” is granted by a five-member panel named by Norway’s parliament, sometimes carrying the fishy aroma of Norway’s politics.

Often, its decisions reek like Norwegian salmon gone bad: giving President Jimmy Carter a prize for meeting the peace-loving terrorists of Hamas and the tyrants of North Korea. Had Shakespeare been alive in 2002, he might have re-written the famous line in Hamlet to read: “something is rotten in the state of Norway.”

When Norway chose Obama for the Peace Prize even before he began his job as President of the United States, it reflected Norwegian politics—and its wishful thinking in world affairs, not any achievements on Obama’s part. The prize signaled Norway’s critique of America’s customary leadership role, while backing Obama’s multilateral and “lead-from-behind” attitude.

Norwegians probably now frown about stories of President Obama personally picking terrorists to kill by remote-control devices, probably dismayed hearing him brag how he determined, he directed, and he virtually pulled the trigger to kill Osama Bin-Laden. Many Americans disagree. They think it was one of Obama’s best decisions, though hardly an original idea of Obama’s.

The first U.S. president to win a Nobel (in 1906) was the first president to venture abroad while in office—Theodore Roosevelt. TR helped end of the Russo-Japanese War. Obama has done nothing even remotely resembling such a peace-making effort. Rather, he assumed the Russians wanted a “re-start” worldwide—peace in Europe and Asia—only now learning that they preferred war in Georgia and supported tyrants in Iran and Syria. Obama’s negotiating skills also failed as he overstepped in Israeli-Palestinian talks, setting them back 20 years.

When Norway’s panel gave a Peace Prize to Al Gore for promoting his doctrine of man-made global warming, critics had trouble finding the link between temperature and planetary peace, as well as the scientific and policy justifications of the award. After all, there are some doubts whether global temperatures have risen in the last 15 years, and there are serious doubts about the role of man in possible climate change.

Unless you are a scientist or a global-warming junkie, you might not know this, because the news media are often shallow and predictable in these matters, and they are often similarly superficial about deciding the most cherished award in journalism: the Pulitzer Prize.

In the last six years, at least three Pulitzer Prizes were awarded to reporters or news media who attacked the U.S.-led war on Arab-Islamic terror: The Associated Press won this year for assailing the New York Police Department’s plans to monitor suspicious Muslim activities in and around New York—a place where such activities have already led to many attacks and thousands of lost lives. Meanwhile, The New York Times won once—in 2008—for outing U.S. interrogation efforts against terrorists, and it won again in 2006 for disclosing a U.S. monitoring of terrorists’ phone calls and ways to track suspicious money transfers in the banking system.

Did these news stories exhibit real investigatory excellence and enterprise or were they simply—like the Nobel Peace prizes to Carter, Gore and Obama—evidence of a certain political predilection?

Can we imagine the 1945 Pulitzer Prize panel giving an award to a newspaper that disclosed Allied preparations for D-Day, or a 1946 Pulitzer jury bestowing an award that revealed the secrets of America’s nuclear bomb program before Harry Truman decided he was going to bomb Hiroshima and shock the Japanese into surrender?

These awards and their panels have become little more than labels. Like the terms “moderate,” “extremist,” “conservative” and “liberal,” the terms “Pulitzer-prize-winning” and “Nobel-Prize-winning” tell us more about those labeling and awarding than those being labeled.

To understand what’s for real under the label or the prize, we need to do some investigating: to investigate the motives of those attaching the label or bestowing the award.

When President Barack Obama recently gave the U.S. Medal of Freedom to Israeli President Shimon Peres, it was a good way for Obama to make a gesture to U.S. Jews and other supporters of Israel in an election year. But does the award itself prove that Peres succeeded in winning freedom or peace?

After all, Peres’s biggest achievement is authoring the PLO-Israeli pacts known as “The Oslo Accords” of 1993. They were a big hit in Norway, and Peres won a Nobel Peace prize for his part. Yet, the treaties led to the most blood-soaked decade in Israel’s history as a state. Peres and Prime Minister Yitzhak Rabin trusted the good will of Yasser Arafat and his PLO.

Peres tried to block the 1981 Israeli attack on Saddam Hussein’s atomic reactor that ended Iraq’s nuclear weapons program. By giving Peres a medal, Obama shows he likes “peacemakers” who avoid attacking dictators’ nuclear reactors (Attention: Iran). Obama’s medal to Peres also hints it is not so terrible to trust terrorists and dictators, to give them a second and third chance even if thousands of people end up paying with their lives. 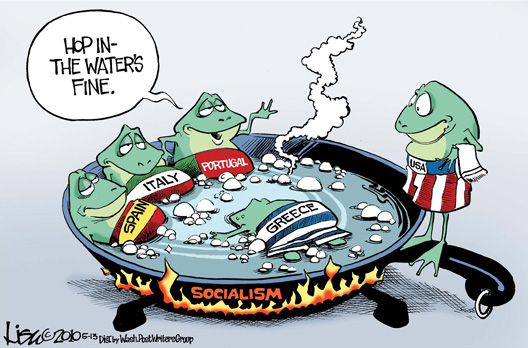 It seems that Team Obama’s campaign cash runway is getting a lot shorter these days, as their outgo is seriously exceeding their income, at the same time they are flying into serious fund raising headwinds. So in a fit of obvious desperation, they have elected to launch a novel, yet de classe, method of public campaign contribution groveling.

A blog post on the Obama/Biden 2012 website announced the campaign’s newest fundraising ploy, the “Obama Event Registry,” which asks everyone who has an upcoming birthday, wedding, or anniversary to “support the President on your big day”–by asking they and their guests to donate money to the Team Obama campaign “in lieu of [buying] a gift,” according to Lindsay Boerma’s CBS News article last Friday.

The post goes on to say … “Let your friends know how important this election is to you … Instead of another gift card you’ll forget to use, ask your friends and family for something that will go a little further: a donation for Obama for America.”

And, the website thoughtfully includes the means by which the Obama faithful can “create” their own Obama/Biden 2012 registry accounts, concluding with … “it’s a gift that we can all appreciate–and goes a lot further than a gravy bowl.”

Unlike the rock star status of President Obama’s 2008 presidential bid, and the earlier, arrogant boasting of a billion-dollar campaign chest this time around, the campaign now humbly concedes that they expect to be financially out-gunned this year, according to Jim Geraghty’s National Review article today.

Team Obama revealed that in May, it had to crack open its cash reserves to cover all of the bills—a condition most campaigns reach much later in the cycle.

According to data filed with the Federal Election Commission, the Obama campaign spent $148.7 million in the period from April 1, 2011 through May 31, 2012–separate from any expenditures by the Democratic National Committee.

Then, to add insult to injury, even though the Obama campaign spent $25 million on television ads in the month of May, but to no avail as Obama’s poll numbers did not budge.

The cash imbalance is highlighted by the fact that Romney out-raised Obama $77 million to “roughly” $60 million in May, as reported in our June 7, 2012 article.

And just today, in a de facto reaffirmation of the Citizens United case, the Supreme Court released its 5-4 ruling against the state of Montana, which sought to limit such contributions at the state level–thereby clearing the way for corporations and labor unions to advocate for or against candidates for state and local offices, according to an Associated Press article today.

Finally, to consolidate his campaign’s fund-raising momentum, Gov. Mitt Romney hosted an unprecedented event for more than 700 top fundraisers and their spouses this past weekend, to keep the money flowing as he heads into the heated fall election, as reported in Lisa Lerer’s Bloomberg News article yesterday.

This closed-door “retreat” was held at the Chateaux at Silver Lake, an Alpine style luxury resort nestled amid green mountains of Park City, Utah, near the Utah Olympic Park, a subtle reminder of Romney’s success as head of the 2002 Winter Games.

Guests were whisked in golf carts around the property to attend afternoon briefings with former secretaries of state and senators, and a “Women for Romney victory tea” featured the candidate’s wife, Ann, and former Olympic figure skater Dorothy Hamill.

However, the hands down highlight was the lunchtime speech given by former Secretary of State Condoleezza Rice, who explained her support for Romney–stressing the need for America to reemerge as a leader in the world–causing audience members to give her a standing ovation at the end.

Another crowd favorite was Former Secretary of State James Baker III, who said the weekend reminded him of a meeting for backers of Gerald R. Ford in Aspen, Colorado, before the 1976 election–with one significant difference…

“This year we’re going to win.”

There is little doubt that armed with this tremendous amount of corporate influence, leadership and hundreds of millions of dollars in Super PAC financial firepower, plus the fact that he is already even or ahead of Barack Obama in the polls–particularly in most swing states–Mitt Romney will be allowed to “Restore America,” as the 45th President of the United States.