Part 1 – in defense of the filibuster

Part 2 – on why Obamacare will be a disaster

Part 3 – more on life in the Senate 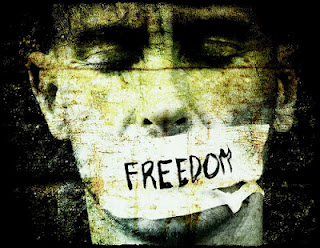 In yet another SWATing event, @aaronworthing (Walker) reported on Twitter tonight that he was swatted:

My wife and I are safe. Will be more details when I can provide it. Wife was very upset dealing with her.

I am free once again to do something very simple. I am allowed to say the name Brett Kimberlin again. The fact I was not allowed to do so, even in a post directed to the world at large and rather than any communication directed to Kimberlin himself, is a sign that things have gone horribly wrong in the Maryland legal system. But more on that later.

This is the umpteenth time a conservative blogger has had something similar happen, from Patterico, to Stacy McCain, to Worthing, to et al. It’s beyond ridiculous, and we’re all beyond tired of it.

I assume Brett Kimberlin, the man “presumably” behind all of this, hasn’t the balls to confront someone on his own property. That’s actually probably the only smart thing Kimberlin, a serial criminal, has ever done.

More to come as it develops.

For realtime updates on what the twittersphere has to say, see Twitchy. Stacy McCain and IOTW and American Power and Joe Brooks and Nice Deb and Conservative Hideout and Bob Belvedere and Legal Insurrection are following this story too…

I just got off the phone with Aaron and he and his wife are a little shaken up but OK. The officers had machine guns but did not point them at Aaron. They were quickly able to determine it was a hoax.

UPDATE II: Aaron wasn’t particularly gloating about the court decision today; he was ecstatic that he could finally speak freely, you know, exercising his right to the First Amendment that was unconstitutionally denied by a geezer judge who didn’t know what Twitter was. More to follow when Twitter stops being it’s usually buggy self.

About the most “egregious” thing Aaron did today was post this video from Braveheart’s William Wallace screaming FREEEEEEEEEEDOOOOOOOMMMMMM! That’s definitely fodder for SWATting, no?

What happened tonight was a sign of desperation to silence me about #BrettKimberlin, that much is obvious. And it won’t work.
— Aaron Worthing (@AaronWorthing) June 26, 2012

UPDATE IV: Make sure you check out the curiously titled post at BreitbartUnmasked, which is tied to Kimberlin, (though I loathe to link), “To Swat Or Not Swat That Is The Question.”

UPDATE V: Erick Erickson (who was also swatted), weighs in. Plus, a look at Brett Kimberlin’s protector (from the ORIGINAL Velvet Undeground, the name of Kimberlin’s political activist organization:

UPDATE VI: I’ve been watching all of the Kimberlin goons on Twitter for weeks … tonight, despite their normal vociferous badgering of any number of conservatives (and conspicuously) each other, they’ve gone dark:

UPDATE VII: Predictably, there’s still no word on when Congress will address this swatting issue, despite numerous calls from DC lifers, from Saxby Chambliss to 85 members of Congress, to investigate and stop this heinous practice. But, hey, that was two weeks ago. Eric Holder, the man they want to investigate swatting, is the prize right now (and for good reason).

UPDATE VIII: Visit The Trenches for some of the best inside reporting on the ongoing, bizarre, convoluted Kimberlin story (it’s a link to the site, because there are far too many posts to which to link).

The one who is now lying about being swatted tonight had already compared himself to Martin Luther King the other week.
— Sheridan (@OccupyRebellion) June 26, 2012

Naturally, it won’t engage directly on the matter.

So anyone following along on twitter know the basics. I was SWATted tonight. My wife was down in the basement, and unknown to me she had fallen asleep in an uncomfortable position while watching TV. I was just finishing up a post where I was going to share Kimberlin’s nutty response to my motion for a partial stay when someone decided to recklessly endanger my life.

I mean again. Let’s not forget the last time someone intentionally engaged in conduct that they knew could get me and my wife killed. In that case we know who the culprit was: Brett Kimberlin. He intentionally and gratuitously revealed my real name, home address, work and work address, in court documents and then told the police in a letter that he believed because of his actions that “there exists the very real probability that Mr. Walker could be subjected to serious harm or death now that his identity has been exposed.” And then he fought tooth and nail to keep that information from being sealed, and then fought to get them unsealed.

But tonight we don’t know who did it, although I knew who to tell the police to look at. I won’t say their names here, of course.

I [was] writing when there was a knock at the door. A second knock came and it was very insistent. I went to the door and looked through the peep hole and there was nothing. I said something like, “hello?” and someone firmly said, “open the door!”

I opened up to find two cops hugging the front of the house. They had M4’s as I recognized from video games (see?! They are good for something!) and they later confirmed. They were not pointed at my face like it had been with Patrick. They were pointed at the ground.

(When I told my mother that, she said not to minimize it. No, obviously whoever it was doing their best to get me killed. Fortunately the police were not so easily tricked.)

With the increase in these dangerous incidents, it is clear that our citizens and law enforcement officers are at risk. I hope Attorney General Holder seriously considers the letter my colleagues and I sent him asking the Department of Justice to investigate these incidents and prosecute the perpetrators to the fullest extent of the law.