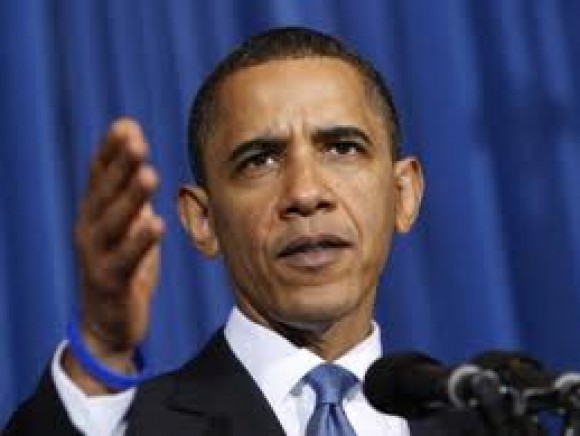 A writer for the Communist Party USA says that “…re-electing Obama is absolutely essential,” and warns that “divisions among Democrats and a potential wave of bad economic news can combine to threaten President Obama’s reelection.”

Marxist John Case, who writes for various CPUSA publications, has written a piece, “The danger of a Romney election,” for the party publication People’s World, which warns that “Re-electing Obama is not sufficient to bring economic recovery or even relief to our people. Only a different class configuration in political power can do necessary minimum reforms to give us a chance. But re-electing Obama is absolutely essential. Now is not the time for hand washing the complexities and tactics away—or failing to triage the most critical questions from those that are less critical. We cannot win everything at once!”

In reality, the CPUSA’s endorsement of Obama for a second term is not surprising. Various CPUSA officials, including Jarvis Tyner and Joelle Fishman, have openly expressed support for the U.S. President and his agenda.

Since 1988, the CPUSA has not run its own candidates for president and vice-president, preferring instead to work through the Democratic Party. Its support for Obama in 2008 and again this year has been open and outspoken.

The Case article offers a rationale, mostly on economic grounds, for getting Obama re-elected to a second term. He claims that the Republicans intend to do on a national level what Scott Walker has done as governor in Wisconsin—reduce government spending and the power of organized labor. Case refers to the prospect of a national “Walker-like regime.” Case laments the fact that “many private sector workers,” including 25 percent of Wisconsin union members, supported Walker.

In that case, as we have reported, Obama’ progressive allies were soundly defeated by Walker and his conservative backers.

Obama’s support in the CPUSA, a political entity once funded and directed by Moscow, has become an open secret, although the major media treat the subject as something not worthy of serious discussion. This silent treatment extends to the matter of Obama’s mentor, a member of the CPUSA named Frank Marshall Davis. Members of the party have known of Obama’s connection to Davis for many years, which may account for their support of the Democratic Party politician in 2008 and now in 2012. A congressional friend of Obama’s from his Chicago days, Rep. Danny K. Davis, still associates with the CPUSA and even accepted an award from them.

Obama isn’t the only Democrat getting various kinds of communist support. Workers World Party, an openly Marxist-Leninist party, endorsed Democrat Charles Barron for the U.S. House in the 8th Congressional District in New York City. However, in that primary election, which was held on June 26, Barron lost.

The Workers World Party newspaper referred to Barron, a city council member, as “a former Black Panther who continues to connect with many sectors of the progressive movement. He has marched alongside oppressed activists and Occupy Wall Street in the fight against poverty, budget cuts, foreclosures, racial profiling like stop-and-frisk, police brutality, the prison-industrial complex, and all forms of injustice at home and abroad.” It said Barron had won the endorsement of District Council 37, the city’s largest public employee union, representing 125,000 members and 50,000 retirees, and the black-oriented Amsterdam News.

The Workers World Party was investigated by the House Internal Security Committee for its support of the North Korean regime and Arab terrorist groups. But the House Committee was disbanded by liberals in Congress.

The CPUSA writer John Case has not been without criticism of Obama, saying that the Democratic President made a huge mistake by firing Van Jones as White House Green Jobs czar after his communist background came to light. Case wrote last year that Jones’ “Rebuild the Dream” campaign “contains all the elements that save the Obama presidency that discarded him, and the party that failed to come to his defense.”

There is speculation that Jones was fired because the chain of command that hired him led to the Oval Office, including Obama adviser Valerie Jarrett and Obama himself.

Jones remains a major figure in the progressive movement backing Obama, however, and was a featured speaker at the “Take Back the American Dream” conference recently held in Washington, D.C. Participants in the conference included Communist Party activists Jarvis Tyner and Joelle Fishman.

One thought on “CPUSA Says Re-electing Obama is “Absolutely Essential””