As we celebrate our Independence Day, a thought process which is slightly different than calling it the Fourth of July, I’ll start by sharing an excerpt, …a fabricated 1776 journal entry from a person who lived on Long Island, New York. Consider how you might have felt were you to have been subjected to the same environment.

“Thomas Paine has written a new pamphlet, Common Sense, in the which he has defined quite clearly the need for us to act as a unified body, aware of the usurpations which have heretofore been imposed on a once loyal colony of Englishmen; but now have been estranged and are left with few options, nay, but one option if we are to hold our heads high before our families, our neighbors and before our God. We must abandon hope of ever being addressed as anything but unworthy subjects of the King, of ever achieving equal status as Englishmen with rights shared by anyone other than those living here in these back water townships.

It has been established that gatherings to discuss our plight are now outlawed, those attending face grave consequence; loss of property, confinement and even death for uttering seditious words against the Crown. Is it seditious to desire equality of rights from a government which treats some citizens better than others? I ask only for those rights granted to other common men, no more, no less. If this is treason then I am a traitor.”

What followed is part of history; our Declaration of Independence outlined some very specific complaints against the King of England along with a basic acknowledgement that certain aspects of mortality can only be attributed to God.

I should mention something I found interesting regarding an early draft of the Declaration as pertains to unalienable Rights. For a brief time the words “inherent and” appeared along side unalienable Rights; but it was considered redundant and removed. In today’s anti-religious climate what that line might have done to drive home the point that we are literally children of our Father in Heaven. We are heirs to all His blessings; oh that this line had been left in tact.

Several years ago a few low life members of the community visited our meeting house during the night time hours prior to the Independence Day celebration at our church building. They left our beautiful building covered with graffiti which had to be sand blasted off. Surely these independent thinkers were only trying to express a distorted interpretation of their right of free speech when they kicked in the bottom glass panel on one of the entry doors making it inoperable; another item which required time and effort to repair.

We had our pancake breakfast anyway, young children paraded about with traditional patriotic banners on decorated bicycles and we listened to talks by military veterans. The choir sang America the Beautiful and tears ran down my cheeks as the words sank deep into my soul. The Spirit of America lives within us and so we celebrate; in spite of those who would destroy that which we hold sacred. We rejoice in each others inalienable rights and express gratitude to God, the Author of our Liberty.

Let us acknowledge our dependence on divine intervention, for surely the back woods marksmen who took on the Red Coats must have employed many prayers to overcome such incredible odds as our nation won the day so many years ago. Take a few moments to recognize the fragile balance between freedom and subjugation and act responsibly that we might hold onto freedom for another season.

The things I celebrate do not come in a box of fireworks, a parade with flags waving or in a well planed meal with friends and family. I hold in my thoughts the celebration of individual awareness, a burning need to establish for ourselves, a place in which these inalienable rights; Life Liberty and the Pursuit of Happiness as granted to us from our Creator, even God Himself, that these are sufficient cause for celebration. These are worth fighting for and if need be, to take life… or sacrifice our own in defending them.

May God continue to protect and bless us with the necessary wisdom and courage to provide these precious intangibles for the next generation is my hope and my prayer. In the sacred name of our Savior, even Jesus Christ. Amen. 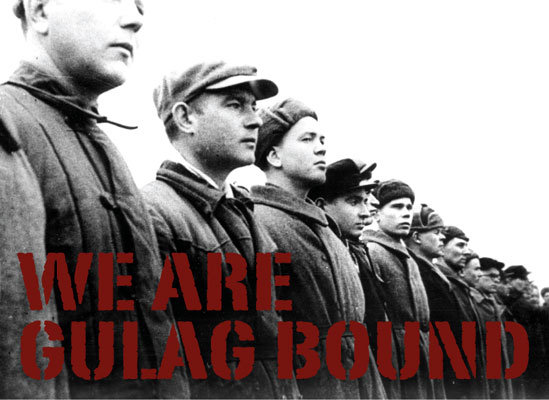 Gulag Bound began July 4, 2010. Since then, we have been grateful to play a part in the critical work to “expose Marxism, globalism, technocracy, corporatocracy, Islamism – tyranny.” And we remain blessed we are permitted by God’s grace, to continue.

There is much, much more to do in an America where many are trapped to a great degree in “The Matrix” of that with which those who seek domination would have us familiar, instead of the full set of knowledge required to be free of their tyranny and remain the United States of America.

The velvety soft war against authentic America and the nature of being American goes on, inflicting violent injury upon our popular and national sovereignties, upon constitutional state precedence over federal government, and upon the natural rights of parents, the autonomy of the church, and the other natural ways of our self governance provided by God. If that war is lost, there will be no more Independence Days. 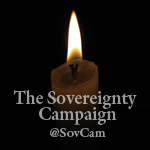 We will continue to expose the work of our pitched enemies, but will place increasing import on solutions, the strategy and tactics of fighting back and winning. This will include the work of SovCam, the Sovereignty Campaign, which will vet and rate candidates based on issues of sovereignty, the core and foundation of what it means to be an American.

Others claim that liberty or even matters of economy are the core of our political nature and identity. They are wrong. Liberty does not hang unsupported in space and unsourced in time. It is a co-heir, along with responsibility, of our personal sovereignty under Sovereign God.

Do you know what it means to be an American? We decided to summarize the sovereignty principle, expressed in the Declaration of Independence, signed 236 years ago now, using its own words where possible. Here is our result.

Our Creator provided us the free and independent United States of America, by naturally entitling in its People the authority by which we institute our own government, dutifully organizing for it powers conditioned upon its securing the rights inalienably endowed us by Him.

By our social contract it is our duty, we are reminded, to operate our government as the servant of our sovereignty, within an impenetrable boundary of our own nation, and to adjust or replace it where that service fails.

Today, we have liars claiming our rights include such violations thereof as government mandated and rationed health care, the right to be groped or radiated in airports, surveilled at home, to be told how to exercise our organized religion, to give up natural rights to the oceans, to give even our own intelligence, military, and police services to global governance, to be herded off our property, and have our technologies commandeered to control us.

Yes, there is much to do, but the doings are clearly available to us. We need to spread the truth and work the work of electing and holding responsible office holders who serve the American sovereignties and cease the governmental, paragovernmental, and transnational violence waged against us. Please be sure to join us in that politically sacred work. It is time to fight the fight, our wake up calls have been ringing for years. Come to the battle.

How to Particpate in the Sovereignty Campaign

Ultimately, God will govern and time will tell whether we are gulag bound or sovereignty unbound.

By the way, yesterday we filed a kind of business and organizational entity. More information will be released on that, soon.