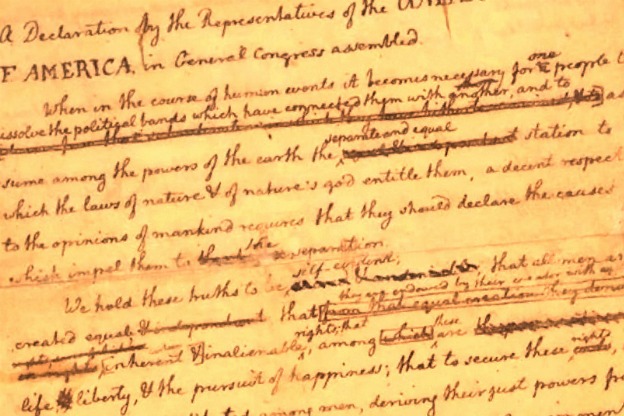 As we approach a moment of decision in four months’ time, it’s well worth reflecting on our past, our present and our future. The next election and even more important how the men elected to office behave and the choices they make are going to be crucial in determining what kind of country we become.

It wasn’t so very long ago that Benjamin Franklin, coming out of the Constitutional convention in Philadelphia, was asked by a fellow citizen what kind of country our Founders had given us.

“A Republic” Franklin replied, “If you can keep it.”

Can we? Amidst the festivities of celebrating the birth of our beloved Republic, we had best ponder the answer to that question. As another great American famously said, “Freedom is never more than one generation away from extinction.”

Ultimately, it’s up to us, just like Ben Franklin said back at the creation.

I and my fellow Council members wish you and yours a wonderful Fourth of July. 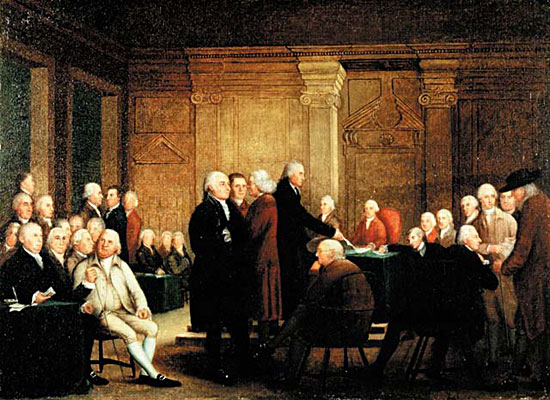 This week, Ask Marion, Liberty’s Spirit and The Pirate’s Cove took advantage of my generous offer of link whorage and earned honorable mention status with some great pieces.

Well then, let’s see what we have this week…

Remember to tune in next Monday for the Watcher’s Forum question, where the Council and invited guests provide pithy short takes as a roundtable on a major issue… don’t you DARE MISS IT!

A good video on the ties between Barack Obama and his long time Marxist Pastor Rev. Jeremiah Wright and the horrific consequences of re-electing this President.

I do not agree with the commentator’s claim that Obama is a Muslim. Marxism is his real religion.

He is sympathetic to Islam to the degree that Muslim extremism can help the socialist cause.

“It is not our job to protect the people from the consequences of their political choices.”– Chief Justice John Roberts, p. 6, National Federation of Independent Business v. Sebelius.

We have an updated list of special guests who will join TODAY’S Defeat Obama Telethon. You can see the updated list below.

And for anyone who contributes $100 or more, we’ll read your first name, city and state on the air during the Telethon broadcast. So, make a contribution of $100 or more – HERE.

Here are confirmed guests for this historic event:

All the details on how to tune in to the Telethon are listed below. Please, help us surpass our goal of $250,000 by making a contribution online – CLICK HERE to CONTRIBUTE.

★ HOW TO WATCH/LISTEN TO THE TELETHON ★

On the radio we’ll be broadcasting LIVE from the studios of News/Talk 720 AM in Las Vegas and the online stream can be heard from your computer. Just go to: www.KDWN.com

On Television the Telethon will be broadcast live in Las Vegas on Vegas TV 25 – Cable 14, and from Pahrump on KPVM TV 46.3

The video stream of the telecast can be seen online via UStream.tv at: http://www.ustream.tv/channel/july-4-defeat-obama-telethon

Update: They love to hate us – drop by and give them a piece of your mind… It’s the patriotic thing to do. Some of these are good guys – most are not.

Democratic Underground: umm, did you know there was an anti-Obama Telethon on today?

American Thinker: Happy Independence Day! Could This Be Our Last?

The Blaze: 4th Of July Special: Here are the 76 Most American Things Ever

Happy Birthday to Our Constitutional Republic

Today we come together as Americans to celebrate the day on which we declared our independence from Great Britain. Fifty-six rebels came together 236 years ago in the heat of a Philadelphia summer to write a declaration the likes of which had never occurred in recorded history.

As lawyers, merchants, farmers and land owners, they had plenty to lose. But as revolutionaries, fighting against an imperial, despotic ruler, they had everything to gain. Their goal was to establish a new form of government which derived its power from the individual and not from the monarch. Our Founders shared a unified vision for our nation. They understood this unity of the many was necessary to uphold the sovereignty of the individual, and the fundamental rights to life, liberty and the pursuit of happiness.

Then, they took to the battlefield to secure this liberty. And since the founding of our nation, we have taken to the battlefield on numerous occasions to defend our freedoms and our way of life. Today we remember the men who laid down their lives at Lexington and Concord, Bunker Hill, Valley Forge and Yorktown to secure our freedom, and all service members who paid the ultimate sacrifice in all battles throughout our nation’s history to preserve our cherished freedoms.

Founding Father John Adams wrote his wife, Abigail, regarding the signing of the Declaration of Independence “I believe that it will be celebrated by succeeding generations as the great anniversary festival… It ought to be celebrated by pomp and parade, with shows, games, sports, guns, bells, bonfires, and illuminations from one end of this continent to the other…”

Today from sea to shining sea we will light up the skies with fireworks in a celebration of the longest enduring Constitutional Republic, and in remembrance of the men who mutually pledged their lives, their fortunes, and their sacred honor to create the United States of America.