By now most everyone has been made aware of the tragedy in Aurora, Colorado where apparently a lone individual entered a movie house, opened fire on innocent folks, killing twelve at last count and injuring many more. The heartache and misery caused by such reckless conduct is beyond description and yet we somehow attempt to do just that by immersing ourselves in news accounts of the ordeal or reading first hand accounts printed on social media places like Facebook or Twitter.

News media outlets score ratings points by showing pictures of blood soaked body blankets and crowds of grieving survivors sobbing in disbelief as loved ones or friends are whisked away on stretchers. We may never know why so much evil was unleashed in the theater the other night. Some will blame it on easy access to firearms calling for stricter gun control as a knee jerk reaction, while others will blame it on political divisions within the country.

There’s a movement afoot to destroy our individual God given right to own and bear arms, our means of defending from those who would deprive us of property or life. Our founders were very specific; the most important reason to own and bear arms is to keep a tyrannical government from being able to take all the other intangible God given rights provided in the Bill of Rights.

There would be no freedom of speech, no right to assemble peaceably with grievances against the government without the right to own and bear arms.

“When the people fear the government there is tyranny, when the government fears the people there is liberty.” (Attributed to Thomas Jefferson; but according to some historians this line was first offered by John Basil Barnhill during a debate regarding socialism in 1914. Credit for the uttering the line first is irrelevant; it is true regardless of the source.)

Rahm Emanual enlightened the public as to how our current progressive government moves agenda items forward during an interview with the Wall Street Journal, “Never let a crisis go to waste… (and if there isn’t one, then create it).”

That last part of that thought process bothers me, having watched Fast & Furious and the implication that our government attempted to create a crisis for the sole purpose of destroying the 2nd Amendment. They would have gotten away with it had it not been for some whistle blower.

Is it possible anyone would create a situation so horrific as to set in motion a national demand to reduce or dissolve our 2nd Amendment right to own and bear arms by putting automatic weapons in the hands of murdering thugs? I ask only because Eric Holder refused to furnish key evidence to Congress, information which seems to back up such suspicions.

Is it too big a leap in reason to contemplate that agents of that same government might find some easily manipulated stooge capable of murdering a dozen people all in the name of creating a “crisis?” There have already been demands to get rid of the guns, those evil guns, by powerful leaders of government within hours of this event.

It’s too terrible to consider; but Rahm Emanual did say, “Never let a crisis go to waste… (and if there isn’t one, then create it).” Is there anyone that evil among us?

A couple of weeks ago I was in a preparation meeting prior to working my Thursday evening shift at the Houston Temple. The meeting started off with a scriptural thought presented by Brother Croft, a fellow ordinance worker. The only reason for mentioning this was because Brother Croft was Bishop of the Columbine Ward when they had a similar tragedy several years ago.

He spoke clearly and with great effort, memories rushing through his mind as he read the same scripture he’d shared with his congregation when they were in need of comforting. Those who lost family members or knew them were many; all looking for something to cling to as they wore their grief openly.

The passage he wanted to share was 3 Nephi 17:24, when the Savior visited the people on this continent after his suffering in Gethsemane, crucifixion, burial, resurrection and ascension into heaven. He took time with the children as he ministered and comforted them.

Let’s not rush with undue haste to alter the constitutional framework provided to protect individual liberties; for liberties lost are not easily restored. May we instead find the peace and comfort our Savior provides in these dark moments as we are reminded of His love for each of us. 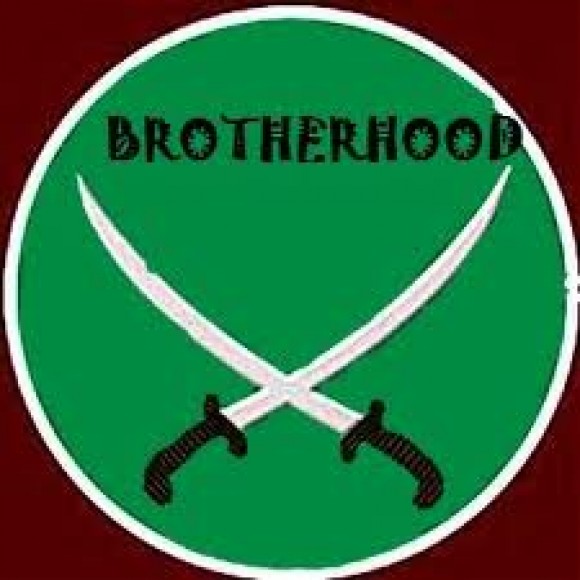 This has caused quite a ruckus, with charges of McCarthyism hurled at Rep. Bachmann, and a split among Republicans, including Senators John McCain and Lindsey Graham, plus Speaker of the House John Boehner, who have sharply criticized Bachmann and the letters she and the others have sent. The Left is having a field day, the conservatives and Republicans are scrambling to contain the issue.

But there is a bigger picture here. Should we care if indeed the Muslim Brotherhood has gained a foothold throughout the Middle East, and if they wield significant influence within the Obama administration? Or does that make us Islamophobic? What shouldn’t get lost in all this are the policies of the Obama administration that have helped facilitate the ascendency of the Muslim Brotherhood, particularly in Egypt. Investor’s Business Daily has made it abundantly clear that that is exactly what has taken place. In the editorial, titled “How Obama Engineered Mideast Radicalization,” they lay out the following timeline:

2009: Obama travels to Cairo to deliver apologetic speech to Muslims, and infuriates the Mubarak regime by inviting banned Brotherhood leaders to attend. Obama deliberately snubs Mubarak, who was neither present nor mentioned. He also snubs Israel during the Mideast trip.

2009: Obama appoints a Brotherhood-tied Islamist — Rashad Hussain — as U.S. envoy to the Organization of the Islamic Conference, which supports the Brotherhood.

2010: Hussain meets with Ramadan at American-sponsored conference attended by U.S. and Brotherhood officials.

2010: Hussain meets with the Brotherhood’s grand mufti in Egypt.

2010: Obama meets one-on-one with Egypt’s foreign minister, Ahmed Aboul Gheit, who later remarks on Nile TV: “The American president told me in confidence that he is a Muslim.”

2010: The Brotherhood’s supreme guide calls for jihad against the U.S.

2011: Qaradawi calls for “days of rage” against Mubarak and other pro-Western regimes throughout Mideast.

2011: The White House fails to back longtime ally Mubarak, who flees Cairo.

2011: Qaradawi, exiled from Egypt for 30 years, is given a hero’s welcome in Tahrir Square, where he raises the banner of jihad.

2011: Through his State Department office, William Taylor — Clinton’s special coordinator for Middle East transitions and a longtime associate of Brotherhood apologists —gives Brotherhood and other Egyptian Islamists special training to prepare for the post-Mubarak elections.

2011: The Brotherhood wins control of Egyptian parliament, vows to tear up Egypt’s 30-year peace treaty with Israel and reestablishes ties with Hamas, Hezbollah.

June 2012: Morsi wins presidency amid widespread reports of electoral fraud and voter intimidation by gun-toting Brotherhood thugs — including blockades of entire streets to prevent Christians from going to the polls. The Obama administration turns a blind eye, recognizes Morsi as victor.

June 2012: State grants visa to banned Egyptian terrorist who joins a delegation of Brotherhood officials from Egypt. They’re all invited to the White House to meet with Obama’s deputy national security adviser, who listens to their demands for the release of the Blind Sheik.

The Muslim Brotherhood’s sudden ascendancy in the Mideast didn’t happen organically. It was helped along by a U.S. president sympathetic to its interests over those of Israel and his own country.”

This is what should be being debated, and investigated. Sure, some people will take issue with certain of the characterizations in the IBD timeline. But it is hard to deny the overall truth of it.

In March of 2011, in an AIM Report titled “Media Playing Crucial Role in Middle East Uprisings,” I wrote that “Maybe in the next presidential election, we will be debating ‘who lost Egypt.’ But preferably, we’ll be debating instead whether a thriving and peaceful democracy in Egypt should be credited to George Bush’s democracy agenda or to Barack Obama, for wisely guiding the transition.”

At the time, the MB claimed they were not going to run a candidate for president if Mubarak went away, but that turned out not to be true. While many in the media tried to convince us back then what a moderate force the Brotherhood was, it should be recalled that it is the oldest Islamist group, “founded in Egypt in 1928 by Hassan al-Banna, who became a great admirer of Adolf Hitler and his Nazi regime. Following an attempted assassination of Gamal Abdel Nasser in 1954, the group was outlawed in Egypt.”

The man who was elected last year to head the MB in Egypt was Mohammed Badie. Here is what he said in a sermon in 2010: “Arab and Muslim regimes are betraying their people by failing to confront the Muslim’s real enemies—not only Israel, but the United States. Waging jihad against both of these infidels is a commandment of Allah that cannot be disregarded. Governments have no right to stop their people from fighting the U.S.”

The point is, the media are eager to use this story as another way to attack the GOP. That’s what they do. But let’s see if they’ll show some intellectual honesty and look also at the underlying issue: Should we care if the U.S. government maintains close ties with the MB, both internally and externally, and has supported their ascendancy in the Middle East?