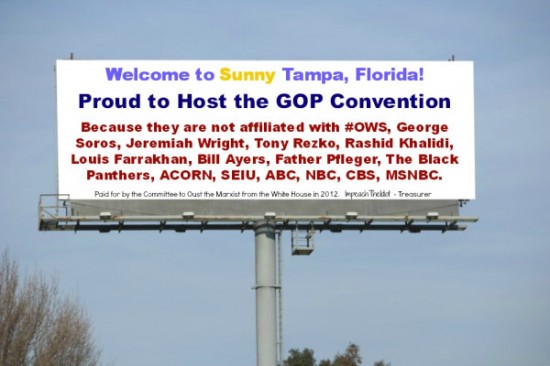 Most American’s fail to realize that the number one goal of both the international and American left, is the destruction of the US military – to be followed by the destruction, physically or politically, of the United States itself.

President Barack Obama, Secretary of Defense Leon Panetta, the Center for American Progress and the Institute for Policy Studies are all working to this end.

Neither Obama, nor Panetta would have a prayer of passing an FBI security check to clean the toilets of any US military base.

The Center for American progress is infiltrated by Marxists and the Institute for Policy Studies is notorious for its communist and foreign intelligence connections.

If they succeed in gutting US military preparedness, it will be end of liberty, not just in the United States – but globally, as Russia, China, Cuba, Venezuela, Iran and North Korea will carve up the planet among themselves.

There will be nowhere left to run.

Below is an excellent exposure of this threat from Aaron Klein of World Net Daily:

During a time of escalating world tensions, it is generally considered unwise to reduce U.S. military preparedness.

With Iran racing toward nuclear-weapons capability, Syria on the brink of all-out civil war and Russia rebuilding its Cold War-era bases in the Middle East, now would be the time for any president to push for increased funding for U.S. forces.

Instead President Obama’s plans for military cuts, should he win a second term, make his drastic first-term defense slashes – about the only area in which he’s reduced government spending – look like child’s play.

A handful of key progressive organizations behind much of Obama’s first-term agenda have now submitted even more radical proposals to the White House to “transform” the U.S. military.

If these progressive groups have their way, U.S. armed forces will be reduced to a social work-style organization designed to combat “global warming,” fight global poverty, remedy “injustice,” bolster the United Nations and increase “peacekeeping” forces worldwide. The massive, second-term slashes to the military budget are to be used, shockingly, to invest in a defense posture based on “sustainable energy” and fighting worldwide climate change. There is also a plan to wrest control of the military budget from Congress.

This progressive wish list matters because Obama’s first-term agenda did not materialize out of thin air. The president’s signature policies – including his first-term defense cutbacks, the $800 billion “stimulus” and even Obamacare – were crafted over years by the same major progressive organizations and activists now hard at work planning Obama’s second-term strategy on jobs, wages, health care, immigration, electoral “reform” – and national defense.

CAP – which is run by John Podesta, a former aide to Bill Clinton and co-chairman of President Obama’s 2008 White House transition team – has had such heavy influence on the crafting of White House policy that Time magazine dubbed it the “idea factory” of the Obama administration.

In fact, the 2011 Unified Security Budget openly boasts that the group’s policy recommendations from its recent defense papers were utilized by Obama’s Sustainable Defense Taskforce, which has notoriously recommended $1 trillion in cuts over 10 years.

The 2012 USB opposes the use of forces on the ground to secure or influence the longer-term strategic position of other nations. It recommends scaling back all U.S. ground forces by 20 percent; reducing the Navy’s surface fleet by 20 percent – including two carriers and carrier combat air wings; and reducing the Air Force by two combat air wings. At the same time, it would cut standing peacetime overseas deployments in Europe and East Asia by up to 50,000 troops.

The Unified Security Budget authors strongly argue for the reduction of the U.S. nuclear arsenal to no more than 292 deployed nuclear weapons and the complete elimination of the Trident II nuclear missile. Obama has already initiated this process by signing a deal with Russia in April 2010 reducing stocks of weapons-grade plutonium.

The accord with Russia was signed at a nuclear summit in Washington arranged by Obama at which leaders of 47 nations (not including Iran or North Korea, the two biggest nuclear proliferators) committed to reducing the world’s nuclear stockpiles. One week earlier, Russian President Dmitry Medvedev and Obama signed the Strategic Arms Reduction Treaty, or START, committing both countries to reducing their deployed nuclear arsenals.

Obama had broadly proclaimed his disarmament intentions during a 2007 campaign speech.

“Here’s what I’ll say as president: America seeks a world in which there are no nuclear weapons,” he said.

By 2010, as president, he argued, “We need to change our nuclear policy and our posture, which is still focused on deterring the Soviet Union – a country that doesn’t exist.”

The joint CAP and IPS report, meanwhile, recommends the U.S. cease all further development of missile defenses. The report goes through a list of current missile defense programs, including Ground-based Midcourse Defense, Airborne Laser and Kinetic Energy Interceptors– pushing for all programs to be cut.

The military’s vital Research, Development, Test, and Evaluation program is to be cut by $10 billion across the board.

Next on the chopping block: the complete cancellation of the second SSN-744 Virginia Class submarine. Similarly targeted for cancellation are the V-22 Osprey helicopter and the Navy and Marine Corps versions of the F-35 Joint Strike Fighter.

The 2012 Unified report does advocate a massive increase in one area – any spending that funds “alternative energy” or that focuses Defense Department resources on combating “climate change as a security threat.” The report’s authors recommend investing “the lion’s share” of the few allotted military increases in addressing the “threat” of so-called climate change. The progressive groups are also pushing Obama to take billions of dollars from the U.S. military and instead use the funds for a “green stimulus.”

These groups envision the military as a tool to fight so-called global warming. In 2011, the IPS released a 40-page CAP-endorsed report titled “The Green Dividend,” a term the IPS defines as “a major shift of resources from the military budget to sustainable energy.”

The IPS paper identifies the Pentagon as the “largest institutional energy user – and greenhouse gas emitter – on the planet,” arguing that if it undertook a “crash program” to convert to renewable energy sources and clean vehicles, it could make a significant impact on global emissions.

The IPS calls on the Pentagon to contribute to a green world “by simply getting out of the way, by handing over unneeded military installations to be converted into green job incubators.”

For now, congressional oversight serves as a check to some of Obama’s most drastic calls for defense reductions. Some would even give Congress more power in this realm. But the progressive groups have concocted a plan to wrest budgetary control from Congress altogether – where it is vested by the U.S. Constitution – and instead place the military’s purse strings in the hands of an “independent panel.”

Would American voters support Obama if they knew what he has in store should he win a second term?

Apparently the president himself doesn’t think so. As he told Russian Prime Minister Medvedev when he thought no one was listening: “Tell Vladimir (Putin) after I’m re-elected I’ll have more flexibility.”

Those few words from Obama were the single most important statement of his Presidency.

Because when treason prospers, none dare call it treason.”