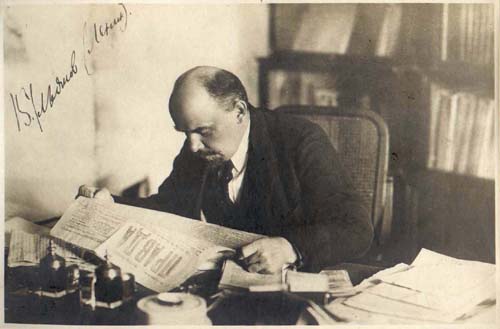 First and foremost–lest I forget–both the presidential and vice-presidential “debates” questioning of Romney, Obama, Ryan and Biden will be moderated by the most leftist “journalists” who inhabit the alphabet network stables. To top it off, the sole vice-presidential debate’ “moderator”–Martha Raddatz–was married to an Obama FCC appointee Julius Genachowski whom the Daily Caller reports was a “Genachowski and classmate Barack Obama worked together on the Harvard Law Review, Genachowski as notes editor and Obama as the publication’s president. They graduated in the same class.” Note: This year, the media bias appears to be greater than ever…if that’s even possible.

The Marxist media have been passing on each and every Obama syndicate (which includes all White House staff and all Democrats in Congress) unsubstantiated negative story (aka “lie”) perpetrated against both Romney and Ryan. Long after they have been proven false, the media (including–of course–CNN and MSNBC) continue to float and “report on” these concocted yarns and tall-tales that Romney (while Governor of Massachusetts) outsourced jobs to India, caused a woman with no health insurance to develop and die from Cancer (not only did she have health insurance but, the entire premise of the ObamaAD appears to have been manufactured by Obama operative Stephanie Cutter illegally in conjunction with an Obama SuperPAC) and–another lie delivered via Ms. Cutter–that Romney lied to the SEC and is a felon.

Note: As with all Marxists and other totalitarian aficionados, at some point it becomes almost impossible to keep up with their contrived lies. This is what they count on occurring.

However, with regards to the upcoming debates, we suspect the questioning may go a little like this:

Moderator: “Mr. Romney, we’re aware that you’re a vulture capitalist, a felon and that you love to outsource jobs to other countries but, why do you and the Republicans hate women and minorities? I don’t have much time so please answer my question in 15 seconds!”

Moderator: “President Obama, we already know your first choice but, what other super-powers would you like to have? Please take all of the time you need.”

Moderator: “Mr. Romney, do you remember when you first become a racist or have you always been one?”

Moderator: “President Obama, where do you plan to take your next vacation and why did you decide to choose that location?”

Moderator: “Mr. Ryan, we know you hate seniors so how do you justify your economic program?”

Moderator: “Vice-President Biden, is it too soon for you to give us your picks for the next Super Bowl?”

Moderator: “Mr. Ryan, why are you a misogynist?”

Moderator: “Mr. Vice President, is it still too soon for you to give us your Super Bowl picks?”

The good news is that at least the vast majority (61%) of US citizens (if one can even marginally believe the polls) know that the media are not only voting for Marxist Obama but, are now actively campaigning for him on air! The bad news is that neither Romney nor Ryan appear to have demanded at least one right-leaning moderator. And speaking of presidential polling, can anyone tell me how in the world the vast majority of our citizens (some as high as 70% of even leftist pollsters) believe that Obama is destroying the country but, still think he’s a “nice guy?” These “likeability” polls are as skewed as they come.

For those who still don’t see the media’s bias for dictatorial policies and individuals, please try to watch the upcoming debates with a truly unbiased mind

Again, it’s time to take our country back from the thugs and criminals occupying our federal government. If Team Obama doesn’t pull off some event that will allow him to declare “elections off” we still have the chance to save our country in November. If he does declare elections-off, we can still do it. But, it will be a great deal messier, harder and far more dangerous. However, rid them we must or we should be prepared for abject slavery. Our choice…

“Call unto me, and I will answer thee, and show thee great and mighty things, which thou knowest not”
–Jeremiah 33:3