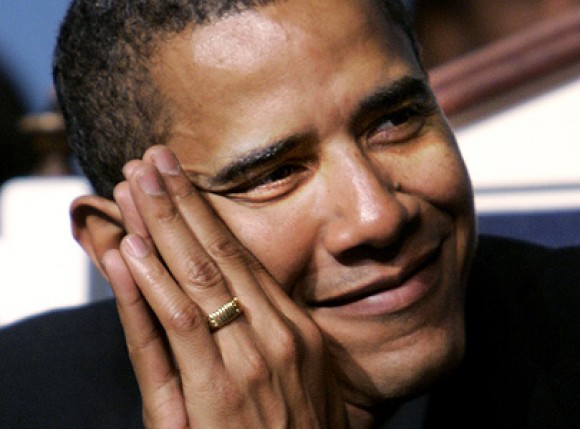 Although the Associated Press and ABC’s Nightline program have taken apart Dinesh D’Souza’s film, “2016: Obama’s America,” another film about the President is strangely getting the silent treatment from the major media. This film, “Dreams from My Real Father,” explores in detail the relationship that Obama had with Frank Marshall Davis, a Communist Party member suspected by the FBI to be a Soviet agent.

The film was being shown this week at the Troublemaker Fest, a film and entertainment festival held during the Republican National Convention in Tampa. The D’Souza film was also being shown at the same location.

Joel Gilbert, the director of the film, has been challenging the media to review his film. “Obama has a deeply disturbing family background, which he intentionally hid, in order to obscure a Marxist political foundation,” Gilbert says. “While voters will overlook some fudging by politicians, promoting a false family background to hide a Marxist agenda irreconcilable with American values is a totally unacceptable manipulation of the electorate.”

Gilbert has traveled to Hawaii on several occasions, in order to conduct fact-finding on the ground. He obtained access to police files and interviewed retired Honolulu police detectives and former friends of Davis. His film features shocking examples of pornography from Davis, including nude photos of Obama’s mother. The latter suggests an illicit relationship between Obama’s mother and Davis, leading to the most shocking charge—that Davis was in fact Obama’s real father.

On Thursday night, ABC News Nightline followed the Associated Press with a critique of the D’Souza film. Nightline reporter David Wright said D’Souza “argues Obama is motivated by an effort to please the radical father he barely knew, a man who has been dead for nearly 25 years.”

As AIM has noted, this is the main flaw in the film, and the media have seized upon it in order to discredit any discussion of the foreign influences that guide Obama’s thinking and policies.

D’Souza took Obama at his word that Barack Hussein Obama, the “Kenyan goat herder,” was his father. However, D’Souza does include a brief interview in his film with Paul Kengor, author of The Communist, which is about Davis and the Obama-Davis relationship.

Gilbert tells AIM that the assertion that Obama assumed the alleged anti-colonialism dream of the Kenyan Barack Obama is indeed “a logical stretch at best,” as AP contended in its scathing review.

Gilbert goes on, “As presented in evidence in my new film, “Dreams from My Real Father,” Obama’s real biological father was Frank Marshall Davis. President Obama’s story of his early childhood has been proven false by multiple researchers and documentation…The evidence points to a sham marriage only between the Kenyan student and Obama’s mother, Ann Dunham, to cover up an illicit affair between Dunham and Frank Marshall Davis.”

The AP review of “2016: Obama’s America” ignored D’Sousa’s interview with Kengor, which presents incontrovertible facts about the Obama-Davis relationship.

In terms of family history, Gilbert notes that Obama was partially raised, by his own account, by Frank Marshall Davis from ages 9-18. This is alluded to in Obama’s own book, Dreams from My Father, with 22 references to “Frank,” later identified as Davis. “The fact that Obama arrived at Occidental College at age 18 admittedly as a committed revolutionary Marxist, ‘to study with the Marxist professors,’ points to an indoctrination in Marxism by Frank Marshall Davis during his formative years,” Gilbert adds.

Gilbert maintains that Frank Marshall Davis was the biological and ideological father, “and remains so today.”

He said, “Obama’s policies in office mirror Davis’s Marxist world view of evil straw men oppressing the proletarian masses, the ‘top 1 percent’ and ‘the breathtaking greed of a few.’”

He said that the Associated Press and other news organizations “should engage in real journalism and report on the evidence in my film and evidence other researchers have produced which demonstrate that Barack Obama built his political career upon a fairy tale.”

Summing up, Gilbert contends that Obama is a “Red Diaper Baby,” the child of a CPUSA member. “This is a known phenomenon in the radical left—many of the leaders of the SDS and Weather Underground were children of Communist Party USA members, including Kathy Boudin and Jeff Jones,” he points out.

During an appearance at the National Press Club, Gilbert said the media are “intentionally suppressing the truth about Barack Obama’s history and agenda.”

Gilbert, however, has been appearing on many radio talk shows, including most recently the Savage Nation with Michael Savage. He told Savage that people watching the film during the GOP convention were absolutely astonished by the revelations and angry that the mainstream media are not covering the film.

News organizations are afraid to be the first to cover it, Gilbert told Savage. He explained that they are waiting for somebody else to cover it, so they can then “cover them covering it.”

This is what passes for “investigative reporting” from the media.