By: Cliff Kincaid
Right Side News 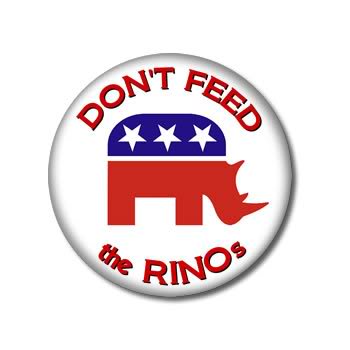 The liberals say they are scared of Karl Rove. They shouldn’t be. The former Senior Advisor and Deputy Chief of Staff during the George W. Bush Administration, Rove was called “Bush’s Brain” and is now the “Party Boss” of the GOP. He is raising up to $1 billion for various Republican Super-PACs, in order to elect Mitt Romney as president. That sounds impressive. But what is he going to do with the money? Perhaps conservatives have reason to be scared of Karl Rove as well. He recently joked about murdering Missouri’s strong conservative Senate Republican candidate, Todd Akin.

Rove — and Romney – had wanted Akin to leave the race because of the comments that he made – and apologized for – regarding abortion and rape. The controversy over Rove, however, goes far beyond a bad joke to questions about whether Rove actually wants to run a conservative campaign to defeat Obama. Rove made it clear, during the same meeting he trashed Akin, that he doesn’t want Republicans to accuse Obama of being a socialist. He thinks Romney can and should win by abandoning conservatives and wooing Obama voters.

Rove, a Fox News Contributor, was quoted as telling a super-secret meeting of Republican fat cats in Tampa, “We should sink Todd Akin. If he’s found mysteriously murdered, don’t look for my whereabouts!”

This kind of “joke” from Rove is something we would expect from a far-left trash-talking liberal. William J. Murray, Chairman of Government Is Not God – PAC, said, “Jokes about murder are not jokes when it comes to politicians where the risks of assassination are real.” He was referring to the real and actual threats against Akin, his staff and family after a pro-Obama Super-PAC called “American Bridge” created the controversy over Akin’s remarks.

Why did Rove play into Obama’s hands with his attacks on Akin? Clearly, he wants to see at least one staunch conservative, Akin, out of the Missouri Senate race. That says a lot about Rove. But perhaps he doesn’t want the GOP itself to be a vehicle for conservatism.

The New York Times reminds us that, in 2004, Karl Rove predicted that Republicans would rule for a generation. It didn’t work out that way. The Democrats took over the White House and Congress in 2008 and gave us Obama and Obamacare, among other atrocities.

There is something else about that meeting of Super-PAC donors that we need to know. According to Sheelah Kolhatkar of Bloomberg Businessweek, who broke the story, one of the donors in attendance was notorious hedge fund billionaire John Paulson, an associate of another notorious hedge fund billionaire, George Soros. Paulson made about $4 billion betting on a housing market collapse that continues to devastate American families.

As I noted at the time, in my column, “Who’s Behind the Economic Collapse?,” Soros had arranged a private meeting with Paulson. Soros, a major backer of Obama, was also suspected of playing a role in the collapse. Soros is an international currency manipulator who has destabilized entire nations, including our own. He basically funds the progressive movement today. My website The Soros Files has everything you need to know about his background and evil plans for the U.S. and the world.

Even more significant than those in attendance was Rove’s so-called “strategy” for defeating Obama. Rove told the donors, “If you say he’s a socialist, they’ll go to defend him. If you call him a ‘far out left-winger,’ they’ll say, ‘no, no, he’s not.’”

Hence, calling Obama a socialist or a left-winger is being ruled out of order. That means:

The reporter went on, “The proper strategy, Rove declared, was criticizing Obama without really criticizing him — by reminding voters of what the president said that he was going to do and comparing it to what he’s actually done.” Rove said that Republicans had to keep “focused on the facts and adopt a respectful tone” in criticizing the president.

A pro-Obama Super-PAC ran an ad accusing Romney of causing a woman’s death from cancer. But Rove wants to play nice with Obama and his backers.

Americans are faced with a Marxist President in the White House and yet the “Party Boss” of the GOP wants to be “respectful” toward Obama and to refuse to discuss his true nature. Rove wants to “criticize” the president without criticizing him, whatever that means. This is a recipe for disaster.

Rove also declared, “We have to keep in mind whose vote we’re trying to get—it ain’t the delegate from Alaska. It’s not the alternate from Alabama. It’s some undecided voter in the battleground state who likes the president.”

This helps explain why Romney has disavowed the conservatives who are concerned about such matters as traditional values and Muslim Brotherhood infiltration of the State Department. Romney is deliberately taking conservatives for granted and going after the votes of those who supported Obama.

This is why Karl Rove jokes about killing Todd Akin. Akin, after all, is a conservative with a proven track record. He can be thrown under the bus in the search for liberal votes for Romney.

Joking about murdering Akin may in fact have been a deliberate leak from Karl Rove, in order to demonstrate to the other side how serious he is about getting rid of conservatives from the Republican Party. This, plus the new Republican rules for suppressing the activities of grass-roots and Tea Party activists within the party, should tell us everything we need to know about the direction of the modern GOP.

Karl Rove is going through the motions of pretending that he wants to win but is putting into practice a strategy that is almost guaranteed to lose. And if he does win, because Obama’s destruction of America becomes too painful for too many Americans to ignore, what will Romney have won? Romney will have a victory based on his own perceived business acumen and expertise in financial affairs, not on an ideological or philosophical difference with Obama.

A true conservative running against Obama could and should win by a landslide.

Cliff Kincaid is a veteran journalist and media critic.