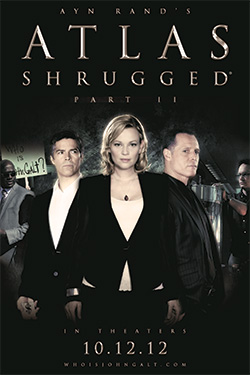 On Monday it was discovered that in the process of rewriting their platform the Democrats removed the word God, all references to Israel plus they had removed the designation of Jerusalem as Israel’s capital. The platform used to say that Israel was America’s (the Dems) strongest ally… and designated Jerusalem as Israel’s capital. That and all other references to Israel had been removed.

And although Team Obama is now trying to spin the realty, saying President Obama personally got involved in changing the platform back, everyone interviewed about the original changes on Israel said the changes were made because the party went along with President Obama’s lead and beliefs.

The Democratic National Convention dissolved into unexpected procedural chaos today, Wednesday afternoon, when the party sought to placate critics and re-insert language pledging allegiance to an undivided Jerusalem and their ‘one’ mention of the word God. You be the judge but most delegates and viewers of the event said/feel that the delegates voted ‘NO’ 3-times, but yes-man Mayor Villaraigosa declared it passed anyway to boos… without a roll call vote.

“Convention Chairman Antonio Villaraigosa, the Los Angeles Mayor, called for a vote on a motion to amend the platform, whose changes since 2008 had drawn intense criticism from Republicans, black clergy and Jewish Americans with no real defense from leading Democrats. Today Dems cast the changes as omissions or oversights rather than policy statements. We all know that is impossible because of the process.”

The hasty process raised hackles with others. One dissenter, who said she hadn’t made it in to voice her “no,” said she opposed the inclusion of God.

“Mayor Villaraigosa took the platform change vote to floor and it didn’t pass. It was a voice vote and it was very obvious. He took it 3-times and it didn’t pass. They were already getting ready behind the scenes for a roll call vote and Mayor V, who obviously realized it wouldn’t pass, just declared that it had by a 2/3… vote… to lots of boos and then left the stage.”

Both Charles Krauthammer and Dick Morris warned that people should not be confused. There is still quite a bit missing about Israel and America’s commitment to them that was previously in the Democrat platform that was removed and was not put back as part of today’s amended platform. This was an obvious political move since the content of the platform had been spotlighted, something Team Obama didn’t expect nor was prepared for. That was obvious yesterday when Senator Durbin went crazy after Bret Bair merely asked him why God and the other references to Israel had been removed.

Governor Romney and Rep. Paul Ryan were quick to speak out against the removal of the word God (all but one reference to God had already been removed previously) from the Democrat Platform as well as against their removal of the references of their support for Israel and the designation of Jerusalem as Israel’s capital. Romney also assured Israel of his personal and his future administration’s support, which he pledged earlier in the summer on his 3-country trip.

On a side note…

It has been rumored for days that the Democrats were set to move Obama’s big speech from the 74,000-seater outdoor stadium to a 20,000-seater indoors… using the guise of rain, but in reality it was at beat a combination… worry about lack of attendance, funds and possibly the threat of showers. It had been officially leaked by MailOnline, but all the major networks, including Fox were adamant on Tuesday night that it was just a rumor and the venue would not be moved.

Well sure enough, it was announced today that Obama’s speech would be moved from 74,000-seater outdoor stadium to a 20,000-seater indoors… and it is being blamed on weather. But, behind the scenes they are saying that the Obama campaign is panicking. Romney is outraising money hand over fist… $100Mil in Aug alone and they were (have been) worried about filling the stadium even after giving away free tickets, paying people to attend and bussing union people in.

The transparency just doesn’t stop… now does it?!?

Durbin Attacks Fox News Bair: God Is Not A Franchise Of Republican Party

You Know It Is Over When Michael Moore Says: “I Think People Should Start To Practice The Word’s President Romney”

Tweets During and After Michelle Obama’s Speech…

DNC Convention News: No God, No Israel, No Crowd for Obama …

The moderator declared the motion passed even though it was far from clear that there was the required 2/3 vote. The true nature of the Democratic Party is very clear. They are Godless antisemites.

I would add, not in their defense, that at least they were more honest in handling voice votes than the Republican National Convention was! – for a while.

Transcript of Rahm Emanuel’s speech at the DNC http://dlvr.it/2628Sk

In a nutshell, #MichelleObama is more evil than #BarackObama and better actor. What we just saw was a great theater performance. #Benador

Rahm: “The president never changed his views to suit the moment.” But what about gay marriage? http://bit.ly/Tkts0e via @jonseidl

#IStandWithAnn because she was proud of her country before Mitt ever got the nomination. #tcot #moms #seniors

Not a single speaker ever said we, Americans, are better off.

If Obama has such CONCRETE Plans for improving the economy, WHY HASNT HE IMPLEMENTED THEM! HIS TIME IS UP!!! #DNC2012 http://pic.twitter.com/Y8c5i6BU

via @StoptheACLU: Bill Clinton to Ted Kennedy: In The Past, Obama Would Be ‘Carrying our Bags’ http://bit.ly/ONgfdr #tcot

RT @RomneyResponse: Tonight, @BarackObama‘s convention declared “government is the only thing that we all belong to.” http://bit.ly/SijaA4

Obama in 2008: ‘If you don’t have a record to run on, then you paint your opponent as someone people should run from.’ #akron

For 5 years now….the Obama Family has been escalating the Art of the Lie. The fundamental assumption being, Americans are stupid!

A disgrace to women at #DNC2012 This is NOT feminism, this is socialism/victimism/Godlessness. No class, not classy & god help our children.

Wow… Michelle… Not inspiring is all I can say…

I support Barry’s & Michelle’s “Let’s Move”…as long as it’s out of the White House in Jan 2013. #RomneyRyan2012 #AreYouBetterOff

Last night was the highly anticipated kick-off the Democrat National Convention in Charlotte, North Carolina, to a fairly rowdy crowd in person, but desperately wanting for network TV viewers, with NBC, ABC and CBS audiences plummeting by 36 to 45 percent compared to last year, according to viewer stats read by Rush Limbaugh during his radio program today.

This echoes the dwindling crowds of college students attending President Barack Obama’s ceaseless parade of battle ground state pep rallies–maybe it’s because their graduating brethren have been suffering from a 53 percent unemployment rate since he took office.

As a result, Democrats have been fretting for months over whether the President Obama can draw a capacity crowd to the 74,000 seat Bank of America Stadium–10,000 less than the Denver stadium he packed in 2008. However, just yesterday, the campaign bragged about giving away thousands of free tickets to local event volunteers and bringing busloads of people to the event–mostly students and black church congregations from surrounding states–according to an Associated Press article yesterday.

But, the viewership numbers this morning no doubt caused them to conveniently ‘blame’ potential bad weather Thursday (even though a local meteorologist forecasts said it would be just fine), for having to ‘shrink’ Barack Obama’s acceptance speech into the 20,000 seat Time Warner Cable Arena–the main convention site, according to a FOXNews article today.

It is quite easy to understand how the black [church] community has lost their enthusiasm for the president’s bluster, after their hope for a job has been dashed by a 16+ percent unemployment rate, and voting for Barack Obama would compromise their Christian faith and salvation, because the president supports same-sex marriage, while God condemns homosexuality.

If that weren’t enough, a majority of Americans feel the same way.

Unfortunately for president Obama, 52 percent of respondents declared that the nation [they] were “Worse off,” than in September 2008, regardless of what DNC talking heads say.

More importantly, even more, 54 percent, do not believe Barack Obama ‘deserves’ to be reelected–with only 40 percent believing that he does, according to Sheldon Alberts article in The Hill today.

However, the news gets much worse for the president, because the voting categories which were key to his election in 2008 have dramatically switched sides.

First are the all important ‘Independents,’ who have no major party affiliation, 61 percent of whom turned thumbs down to another Obama term.

Then, 51 percent of those aged 18-39 also want he to decamp–while just 40 percent would give him another chance.

Finally, anti-Obama sentiment is strongest among our seniors (those aged 65 and over) who are also the most reliable visitors to the voting booth, and 65 percent of them want to show Barack Obama the door–with 53 percent of voters aged 40 to 64 concurring.

So, do you suppose there is any truth to the rumor that Barack and Michelle have already picked out a home in the sunny Aloha state?

Everyone knows that the Illinois Democrat Party is in bed with the state’s labor unions, but it appears that the state GOP is also cozy with the socialists.

Proof of this relationship comes from a little brochure I found at the RNC in Tampa last week.

SEIU, and AFSCME, both of which are dominated by Democratic Socialists of America, the US’ largest Marxist organization, sponsored an Illinois GOP social gathering after the day’s main events.

Would their rank and file members approve of such a potentially dangerous and corrupting relationship?

Sen. Dick Durbin (D-IL) “Well, I can just basically tell you that if the narrative that is being presented on your station and through your channel and your network is that Democrats are Godless people, they ought to know better,” Durbin said. “God is not a franchise of the Republican Party. Those of us who believe in God, and those of us who have dedicated our lives to helping others in the name of God don’t want to take a second seat to anyone who is suggesting that one word out of the platform means that the Democrats across America are godless.”