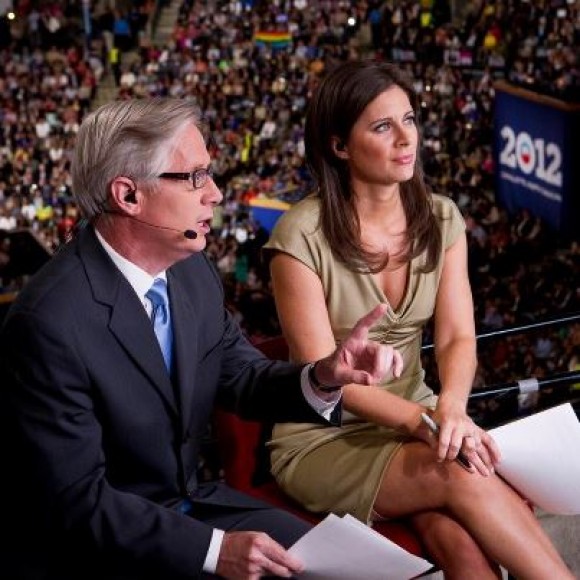 CNN’s Tom Foreman and Erin Burnett did a little “Reality Check” this week at the Democratic Convention that was bold and effective. Don’t they realize that they’re not supposed to call out Democrats who fudge the truth? Apparently not, and good for them.

She said that regarding unemployment, “the answer is that categorically we are not” better off than we were four years ago. They showed that the unemployment rate was 8.3% (today that number was lowered to 8.1%, but only because 368,000 Americans left the labor force), compared to Election Day 2008, when that figure was 6.5%, and on inauguration day of 2009, it was 7.3%, though it later peaked at 10%.

They also explained that many of the jobs that were added were short-term jobs, such as with the stimulus money, or with the census. In fact, many people were hired multiple times over a several month period to work for the 2010 census, each time counting towards that 4.5 million figure. Foreman added that surveys showed that “somewhere around 80% of the jobs that had been lost in this recession and afterwards, were middle to high wage jobs, and about 60% of the jobs we’ve gained are low wage jobs.”

The following night the two tackled Democratic claims that President Obama had saved the auto industry. Erin Burnett cited several people who had made the claim, such as his former chief of staff Rahm Emanuel, former Ohio Governor Ted Strickland, and First Lady Michelle Obama.

“And we heard it again tonight from the head of the Auto Workers Union, Bob King,” said Burnett. “One of his lines, ‘what did Mitt Romney say?’ ‘Let Detroit go bankrupt.’ Now that is actually from an op-ed in 2008. It was titled, ‘Let Detroit Go Bankrupt.’ But I think we should make it clear that was the title the editors of the ‘New York Times’ gave the piece. Mitt Romney himself had titled it ‘The Way Forward for the Auto Industry,’ and said he preferred managed bankruptcy.”

Tom Foreman, her fellow CNN correspondent who had “Reality Check” duties that night, said, “Yes, that’s absolutely right. And although a lot of partisans here don’t want to talk about this, Romney was really making an argument against the bailout, not for the liquidation, not for the wiping out of this company. Here’s what he wrote: ‘the American auto industry is vital to our national interest as an employer and as a hub for manufacturing. A managed bankruptcy may be the only path to the fundamental restructuring the industry needs. The federal government would propel newly competitive and viable automakers, rather than seal their fate with a bailout check.’”

He added, “The fundamental issue here is not wiping them out, not wiping out all those jobs, but instead keeping them going, just a different way. The second part of King’s statement, more than a million jobs saved, signs all over here, people waving them, 1.1 million jobs saved. The Obama campaign has used that many times, but they also couched it on their website by saying up and down the supply chain.”

Foreman and Burnett also took on the cost to taxpayers. “How much did taxpayers put into G.M.?” she asked.

“You as a taxpayer with General Motors, specifically, right now, you own about a third of G.M. That’s how the bailout was structured. G.M today closed on the stock exchange at $21.76 a share. Now, in order to break even, so for taxpayers, you out there to make that money back, G.M. shares would have to rise to between 52 and 60 dollars a share. Treasury right now says they expect to lose 25 billion dollars or more, which, of course, is interesting. When you look at the banks specifically, taxpayers have made money. They’ve lost money on G.M. right now and on AIG, the insurer. But when you look at the auto industry, Anderson, there is one company that did not get a bailout and is thriving. And that, of course, is Ford.”

Thankfully CNN took its job seriously, at least for these two issues, and called out the Democrats for, shall we say, bending the truth. Good job, CNN.