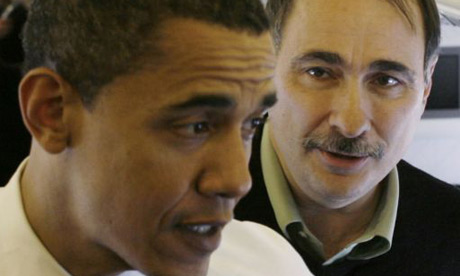 Wonder why the US presidential tracking polls were all showing Romney leading Obama until the DOJ brought a lawsuit against left-leaning Gallup Polls? Under the guise of attacking Gallup because it (according to the Obama-Holder wholly-owned US Department of “Justice”) presented “the government [with] inflated estimates of the number of hours that it would take to perform its services, even though it had separate and lower internal estimates of the number of hours that would be required.” Suing a company for an “estimate” of services the government didn’t like? Now, that’s really a new one! All said government needed to do was get a quote from another polling company before making its decision. However, the reality is that member-in-chief of the Obama goon squad–David Axelrod–had both the audacity and Goebbels-like behavior to threaten polling companies for not offering more positive polls (a snarling Axelrod questioned Gallup’s entire “methodology”). After the Axelrod emails went out, Holder filed a lawsuit against Gallup polling. For Dictator-in-Chief Obama and his top minions…things happen immediately.

A 6 September Fox News report (“Emails suggest Axelrod leaned on Gallup after unfavorable poll”) states: “According to the email chain titled “Axelrod vs. Gallup,” the White House in addition asked that a Gallup staffer “come over and explain our methodology,” which was apparently perceived as a subtle threat.

“A Gallup official said in an email he thought Axelrod’s pressure “sounds a little like a Godfather situation.”

“Imagine [Axelrod] with Brando’s voice: ‘I’d like you to come over and explain your methodology…You got a nice poll there … would be a shame if anything happened to it… .” At that time, the Gallup poll showed “Romney leading Obama 48-43 percent.”

In fact, most of the pollsters had been reporting that Romney was leading Obama just before the Axelrod threats and Obama-Holder DOJ lawsuit was filed. This is, yet, just the latest example of the USA under dictatorial tyranny. The (now) completely and unsuitably named Department of “Justice” is no more than a sledge hammer in the hands of Obama sycophant US Atty. Gen. Eric Holder, which is being used against anyone and everyone who doesn’t toe the line of the Obama syndicate.

In February of this year, I wrote the column “Obama Media begin the Faking of Obama Poll Numbers.” That reality continues through to today with one major difference–it is now commanded by Dictator-in-Chief and would-be Emperor-of-the-Realm Barack Hussein Obama and his increasingly motley crew.

Again, in November we need to vote in previously unprecedented and such huge numbers that it will counter and exceed the number of fraudulent Obama votes, in order to evict Barry and his entire group of minions and whispering sulfur-breathed advisors. Remember, the truth is that either we get rid of him or he will get rid of us.