Release of the Blind Sheikh

The Blind Sheikh May be Released to Egypt 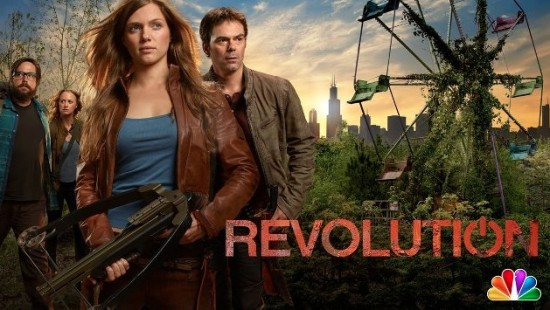 I watched the premier of Revolution on NBC last night. What a huge disappointment – although I should have known better. I don’t know whether to laugh, cry or just get angry, or all of the above.

The premise of the series is an EMP taking out electricity planet wide. Let’s forget for a minute, that that would never happen. Even a solar flare wouldn’t take it out planet wide. Okay, I’ll suspend that piece of logic for a moment. The way the show depicts the lights going out is laughable. You see a long row of car lights going out one at a time in a row. Hello? They would all go out at once. They showed planes crashing with the lights still on. Geez… All done for effect, just figuring everyone is stupid enough to swallow it. They stole parts of other story lines from Jericho, Jeremiah, Falling Skies and The Postman. They just didn’t steal the good parts.

The plot takes off 15 years after everything goes down. But, 15 years later a Desert Eagle has plenty of ammo (rare even by today’s standards, much less 15 years after the world ends as we know it). People are remarkably clean in relatively nice clothing. Their hair is perfect and things look really civilized after a mass die-off. I can’t take it. There is no reality here, no real meat to concoct this scenario. Just a young, good-looking teenage girl with a low cut t-shirt and a sloppy storyline. Oh, and there is the Google millionaire that is of course a good guy geek. I seriously doubt there would be very many people that are overweight 15 years after a collapse. Just sayin’.

But the very best part hit me this morning… Something bugged me about the opening and I realized what it was this morning. Yep, the opening is the Communist mantra: evolution not revolution. You see the word ‘evolution’ change to ‘revolution.’ Can you believe it? So in one lousy show, you have the green movement (which is the new red) showing how we should go back to living off the land and you have the Communists pushing their agenda. Well done NBC. Your red diaper is showing. Propagandic lame entertainment for the masses.