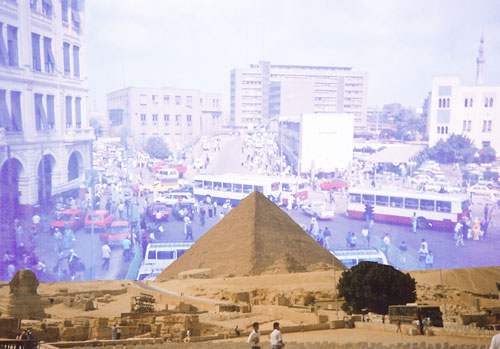 Was the controversial “The Innocence of Muslims” film a false flag operation designed to undermine freedom of expression in the West?

A rather interesting article on the issue of the authorship of the film has recently been published by Walid Shoebat. [1] In many ways the article makes a lot of sense. Please take some time to read his essay which can be found HERE.

The last riots on this scale took place during the “Danish Cartoons Crisis” and for similar reasons. Those events ushered in increased suppression of freedom of expression in the West. Perhaps the Muslim Brotherhood and their fellow travellers thought that was time to diminish freedom of expression still further using similar tactics. The Danish Cartoons were published on 30 September 2005, but the protests did not break out until January and February 2006. [2] It seems that the lack of spontaneity was the result of the tour by Danish Imams in the Middle East who deliberately stirred things up. [2]

After the way the Danish Cartoons riots were orchestrated it would come as no surprise if the “Innocence of Muslims” film was the product of a false flag operation. Was it actually a project of the Muslim Brotherhood? Were Western Governments who proved to be very effective allies of the Muslim Brotherhood in the ‘Arab Spring’ involved in some way? Both seemed to have a lot to gain from the film, and both seem now to be pushing for payment. Of course such ‘theories’ are mere speculation at this time, but they are certainly compelling when you look about who stands to gain.

Mr. Shoebat, himself a former member of the Muslim Brotherhood, certainly has a unique perspective on their operations. Even though he has turned his back on them and become a peace activist his insights are still valid, he knows how they think and how they work. It is good that the Western world has an informed person like Mr. Shoebat to shine light onto these matters.

In his essay, Walid Shoebat considers the motivations of the film maker(s) and makes the following important point:

“Why would any anti-Islam Christian or even Jewish activist want the destruction of his own? It makes zero sense, unless of course this person intends to do harm to his real enemies—Israel and the Copts.” [1]

The plight of the Copts is something that ICLA is deeply concerned about. The Copts are the descendents of the Ancient Egyptians. Since the Islamic conquest of Egypt their proportion of the population has declined dramatically and today are a persecuted minority in their own country. Their plight has got even worse in the aftermath of the Western supported ‘Sharia Spring.’ Why then would a person of a purportedly Coptic background make matters even worse for his kith and kin back in Egypt? Of course Western politicians have not used the film as an opportunity to make statements about the mistreatment of the Copts. They are too busy making excuses for the violent mobs who prowl the streets – it is clear that Western politicians don’t give a damn about religious minorities in the Islamic world!

“The results of this entire fiasco will not be the apprehension of terrorists, but the continual chipping away at the First-Amendment, since Americans by and large are still practicing the art of self-blame while they ignore the real culprits who enter our country with the intent of doing it much harm.” [1]

The implications of what is revealed in the Shoebat article opens up the possibility that contradictions and clandestine skulduggery are being kept from public view. Again we ask the question – Cui Prodest?

1. Innocence of Muslims Film was Made by Terrorists (Walid Shoebat)

4 thoughts on “Cui Prodest? – Who Stands To Gain From “The Innocence of Muslims” Film?”