I felt like the adults were back in charge. Romney made Obama look downright stupid and buffoonish. Romney was focused, quick, on-target, polite and in utter control. Obama didn’t dare look at Romney, because when he did his evil, hate-filled, arrogant eyes told his story for all to see. He was lost without his teleprompter. Romney was a giant towering over a Marxist.

Twitter was aflame with Romney’s win. I will be adding to this post throughout the day. A good friend called me this morning singing, “Happy Days Are Here Again!” He did not sleep a wink, he was sooo thrilled with the debate. His last quote was, “It’s over!!”

Gloatfest over here. Obama kept bringing up Romney’s tax cuts for the wealthy, I say (after screaming ‘liar’), “Inconceivable!” I do not think this word means what you think it means.

Here are a few tweets: 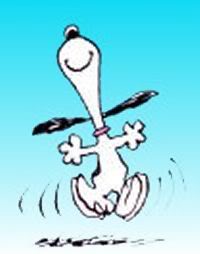 The Radio Patriot: I thought he ate the punk’s lunch.

The Radio Patriot: Empty Suit even emptier without his Teleprompter

The Radio Patriot: The smell of desperation

The Radio Patriot: Looks like Big Fur Hat had the same idea

Michael Moore: ‘This is what happens when u pick John Kerry as your debate coach’…

PALIN WARNS: CHICAGO WILL STRIKE BACK; PULL SOMETHING 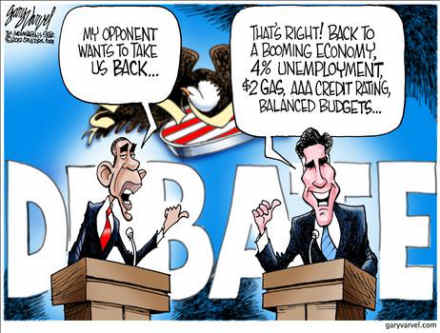 The Blaze: ‘What Was Romney Doing? He Was Winning!’: Angry Chris Matthews Unloads on Obama Post-Debate

The Blaze: On Zinger Scorecard, Romney Wins Debate By a Mile

Lorie Byrd: The Thrill is Gone – the Denver Smackdown

The Weekly Standard: Best Debate Performance By a GOP Presidential Candidate in More than Two Decades

Gay Patriot: Did the dynamic of the presidential contest shift last night?

RealClearPolitics: Pat Buchanan: “I Don’t Think Romney Could Have Done A Better Job”

Sarah Palin: Obama did not have the answers tonight

Freedom’s Lighthouse: John McCain on the First Presidential Debate: “If it had been a Fight, they would have Stopped It”; Says Obama’s Performance the Result of “Four Years Inside the Bubble with an Adoring Media”

Breitbart: BROKAW: If Romney had performed that badly, ‘it would have been over’

From Citizen Scribe (you scamp):

3 thoughts on “Never Bring a Marxist to an Economic Fight”