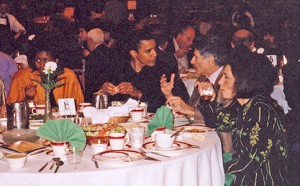 Q: When is international negotiation by a president treachery by a traitor?

A: When the presumed Commander in Chief is saboteur in chief.

Look for announcement of temporary halt to uranium enrichment

Iran could announce a temporary halt to uranium enrichment before next month’s U.S. election in a move to save Barack Obama’s presidency, a source affiliated with high Iranian officials said today.

The Obama representative has urged the Iranian leader to announce a halt to enrichment, even if temporary, before the Nov. 6 election, promising removal of some sanctions.

The source said the Obama representative warned that a Mitt Romney presidency would change the U.S. relationship with Iran regarding its nuclear program.

The U.S. representative reminded the Iranians that President Obama has stood in front of Israel, preventing the Jewish state from attacking Iran over its illicit nuclear arms policy.

Yesterday’s meeting, which took place in Doha, Qatar, was coordinated by the Qatar monarchy, whose members attended at the request of the Obama administration.

Ali Akbar Velayati, the former Iranian foreign minister and current close adviser to the supreme leader on international affairs, secretly traveled to Qatar for the meeting. Velayati is wanted by Argentina for the Jewish community center bombing in Buenos Aires in 1994 that killed 85 people.

If true (and I have no reason to believe it is untrue) no wonder the U.S. delegation refused to leave, when Ahmadinejad spoke at the United Nations, a few days ago.

No wonder, U.N. Ambassador Susan Rice was out munching with Secretary of State Hillary Clinton, when Benjamin Netanyahu spoke.

For deep background on BHO’s so obviously deep Muslim affinity, see the new article, “Obama’s ‘Muslim World’ Journey and Its Consequences for America.”