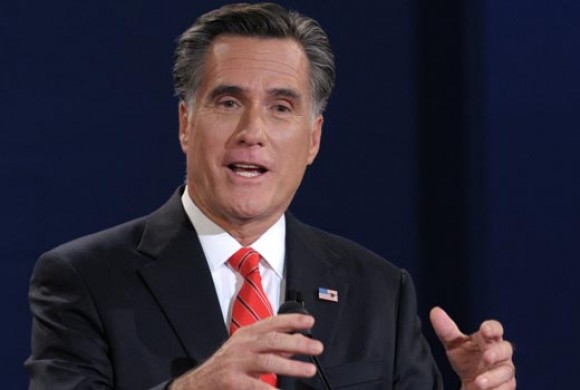 As Mitt Romney says, it doesn’t make sense to borrow money from China to pay for public TV or radio. But terminating the funding is easier said than done. The reason: there are more than 900 local public radio stations and more than 350 local public television stations which receive support from the taxpayer-financed Corporation for Public Broadcasting (CPB) and lobby for the money. These entities put enormous pressure on Congress.

“I’m gonna stop the subsidy to PBS, and I like PBS,” Romney said in the debate. “I love Big Bird. I, actually, like you too,” referring to PBS moderator Jim Lehrer.

“I’m going to stop the subsidy to PBS” is a strong statement. How will he do it? And what will the campaign do now that the public broadcasting entities are waging a political lobbying campaign against Romney’s proposed cuts?

We at AIM ran up against this lobbying power in 2005 when we commenced an effort to educate members of Congress on the need to eliminate the subsidies. “AIM urges George Soros, Ted Turner and other liberal elites to step forward and take American taxpayers off the hook for the $400 million being spent annually on public broadcasting,” we said at the time.

In fact, Soros did contribute $1.8 million to National Public Radio in 2010 but the federal funding has also continued.

Right after the Obama-Romney debate, KCET, a Southern and Central California public television station based in Los Angeles, sent an email: “This week, we heard from Republican presidential candidate Mitt Romney who made mention of his plans to cut federal funding for public media. As we all know, this would work to destabilize all public media organizations, which still receive federal funding from CPB, including KCET.”

This sky-is-falling scaremongering is probably being replicated by other public TV and radio stations.

PBS itself said, “We are very disappointed that PBS became a political target in the Presidential debate last night. Governor Romney does not understand the value the American people place on public broadcasting and the outstanding return on investment the system delivers to our nation.”

The public broadcasting establishment is clearly fighting back, demonstrating the difficulty of cutting spending for liberal pet projects.

This is unfortunately the case, as Tina Trent and Mary Grabar wrote in the AIM report, “PBS: Re-Educating America’s Schoolchildren, Thanks to Your Contributions.” This re-education is designed to make kids into left-wing activists and followers of Barack Obama.

Romney has mentioned cutting PBS funding several times, as we noted in our report, “Romney Wants to End Federal Funding of Public TV.” But he has not offered any specific plan to do that. And if he wants to work with Democrats in Congress, as he did with Democrats in the Massachusetts legislature when he was governor, he has to explain how he intends to fight them on this subsidy.

Meanwhile, as part of the push against Romney on this issue, Association of Public Television Stations President Patrick Butler said in a statement, “Governor Romney’s call for the elimination of federal funding for public broadcasting during last night’s debate has generated an extraordinary—and overwhelmingly negative—public response.”

The liberal media do not comment on the propriety of taxpayer-supported entities lobbying against a Republican candidate and for more subsidies. In effect, public TV and radio have become part of Obama’s campaign.

On the state level, there is some progress, however. Florida Gov. Rick Scott vetoed the state’s nearly $4.8 million appropriation for public broadcasting.

In Virginia, Governor Bob McDonnell vetoed $424,000 from government-subsidized radio and television. He said, “When I took office, I pledged to refocus state government on its core functions by finding ways to make government more efficient and effective, and to wisely spend the hard earned money of Virginia taxpayers. In today’s free market, with hundreds of radio and television programs, government should not be subsidizing one particular group of stations. We must get serious about government spending. That means funding our core functions well, and eliminating spending on programs and services that should be left to the private sector. This is a smart, practical budgeting decision to make Virginia government smaller and more efficient and save taxpayer dollars.”

After the debate, at a rally in Madison, Obama joked, “But I just want to make sure I got this straight. He’ll get rid of regulations on Wall Street, but he’s going to crack down on Sesame Street. Thank goodness somebody is finally cracking down on Big Bird. Who knew that he was responsible for all these deficits? Elmo has got to watch out.”

In fact, the money has piled up and is not a joking matter. AIM had documented back in 2005 that public broadcasting entities had received over $8 billion from the taxpayers since their creation.

It is certainly the case that Romney touched a nerve. American taxpayers should monitor their local public TV and radio stations for improper political campaigning against Romney and protest the use of their tax dollars in this manner when it occurs.